Jordyn Woods took to Instagram to share an adorable new Old Spice ad that features her and her boyfriend Karl-Anthony Towns showing off their ‘rollercoaster’ love while using the same body wash.

Jordyn Woods, 23, and boyfriend Karl-Anthony Towns, 25, are taking their love up a notch with a brand new funny commercial for an Old Spice body wash product! The lovebirds looked adorable in the advertisement, which was posted by Jordyn in a Nov. 21 Instagram post, and showed off their acting skills while portraying a version of themselves having an adorable disagreement after she used his Old Spice GentleMan’s Blend Body Wash. In the clip, Karl can be seen confronting the brunette beauty after she unknowingly uses the body wash that she thinks was left in the shower for her.

“Jordyn, my body wash! It’s completely empty!” he tells her before she acts confused and asks, “Your body wash? That Old Spice with aloe for hydrated and healthy looking skin? That must be for me.” He then corrects her and insists it’s for him while hilariously and hesitantly pointing out that it’s made for men “with sensitive skin.”

After she then assures him she thought he got it for her, he hilariously says, “No. This keeps me smooth on and off the court. Men have skin too. I gotta have my own stuff in the shower.” Jordyn then says she has to go to Target to get her own Old Spice body wash as Karl pleads for her to get him some too. 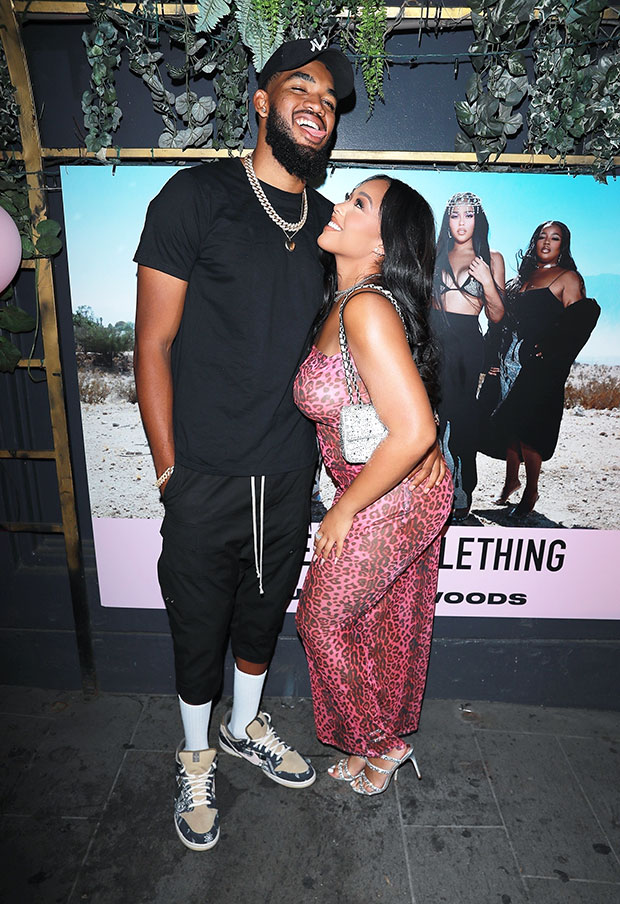 “Turns out we both love Old Spice GentleMan’s Blend Body Wash. Love is a rollercoaster y’all. @karltowns @oldspice #menhaveskintoo #AvailableAtTarget #SponsoredObviously,” Jordyn captioned the clip of the commercial. It was quickly met with many positive comments from her fans, who seemed to love the couple’s ad.

“This is so cute,” one follower wrote while another gushed, “I love this lowkey.” A third pointed out, “It’s extra funny cause she so mellow & tryin be a little extra but you kinda can’t tell🤣 I love her” and many more left heart and heart-eyed emojis.

Jordyn and Karl’s Old Spice ad comes just a few months after they made their relationship official during her birthday celebrations in Mexico in Sept. The former BFF of Kylie Jenner opened up about her romance with the NBA star and what she sees in their future last month. “I think we are two young ambitious people and we found comfort in each other,” she EXCLUSIVELY told us. “Of course, one day in the future I would like to have a time to settle down and have a family of my own. But right now I don’t want things to go way too fast. I am too focused right now to be worried about something that is happening next year or two years from now or three years from now.”