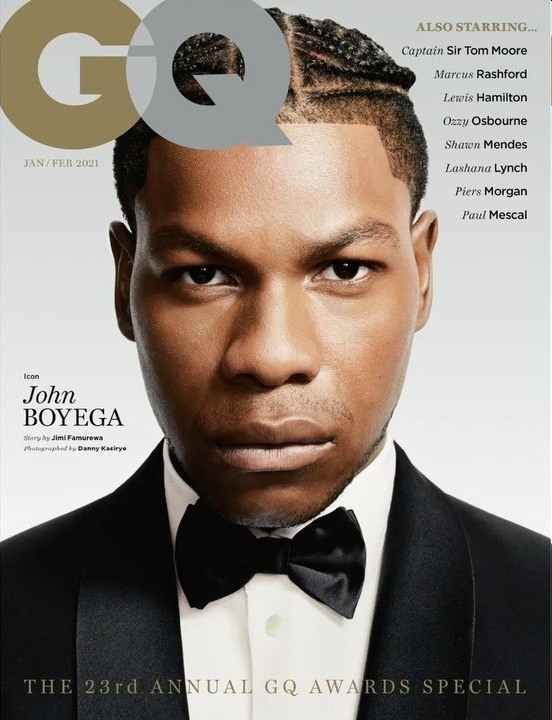 John Boyega covers British GQ because the magazine has done multiple covers for their “Men of the Year Awards.” Boyega won the GQ Icon award for his speeches and conversations around race and racism this year, plus he’s promoting his role in Steve McQueen’s miniseries Small Axe. In the interview, there’s a lot of talk about Boyega’s interview over the summer, where he directly criticized the way Disney handled his character, and how Disney has handled other non-white actors and characters within the Star Wars franchise. He also talks about how he stepped down from his Jo Malone ambassadorship this year too (because of racism). Some highlights:

On his comments about Disney & the Star Wars franchise: “You didn’t know what was going on, but it was like a little light against a batch of TNT. Because there were certain truths. So I knew what the process would be like for the audience and what people would say. But now it’s not the elephant in the room – which is brilliant. Now it’s not an alien conversation to have and so I feel like my role has been fulfilled in terms of the discussions I’ve had since.”

He’s had conversations with other actors about feeling used to look “diverse”: “Loads of people got in touch and reached out, people who are just starting out their careers as actors and also some established people who stay quite silent about what they go through… It’s complicated, because beyond what we post on Instagram and Twitter there’s a whole life of different discussions and experiences. And I guess because sometimes when you have financial stability, you feel too scared to speak up about anything that’s worrying you because people will just be like, ‘You have money. Shut up.’”

He had conversations with Star Wars people too: “I’ve spoken to [Star Wars director] JJ [Abrams], I’ve spoken to [Lucasfilm president] Kathy Kennedy and it was a transparent, open conversation,” he begins, in a low voice. “[Kathy] keeps in touch and will drop me an email once in a while. It was great to share our different ideas and concerns and just speak about it honestly. And for me, man, it’s very hard to get people to that point. Sometimes you’ve gotta do what you’ve gotta do. So it was a very beneficial and positive conversation and I really appreciate the fact that she reached out.”

On the Jo Malone thing: “I just unfortunately find myself navigating a space where these challenges come up.” Some in Boyega’s orbit were advising him to accept Jo Malone London’s apologies and “reconcile”, but, well, that was never going to happen. “Reconcile? Reconcile? That kind of brand relationship is based on the value that you both bring to each other. There were so many phenomenal individuals [involved in making those campaign films] that it broke my heart not to be able to work with them again; my nephews were in the last ad we did. But the great thing is that you jump off one thing and all the other corporations come out. And because now when someone is approaching me they have much more knowledge of who I am as a person, I find their campaigns are much more related to what I’m about. But it’s all good, you know? You live and you learn. Or, at least, they lived and they learned.”

On the lockdowns & dealing with time off: “It’s just, like, chill. Relax, man. It’s, like, who do we owe? Are we being hard on ourselves as a human race? Damn, I really saw the value in procrastinating for three days. Really, I’ve been struggling with the work-ethic sh-t. I work very hard. But like any ingredient, you don’t want too much of one thing. And rest is that little thing in my pot that makes everything make sense.”

Yeah, there’s not much new here – I do think Boyega was brave to speak about how badly Disney handled the race issues around Star Wars, but even then… what he said had already been said by critics and culture writers, which is that the last trilogy was f–king painful on so many levels. As for the Jo Malone thing… I think it’s the same as his Disney criticism, there will be studios and companies and producers who don’t want to work with Boyega now because they perceive him as a “radical” or someone who will criticize them publicly if they f–k up. But I also think Boyega has A) stayed true to who he is and B) won new fans and earned the respect of many colleagues. But yeah, it will be interesting to see what work he does get in coming years. 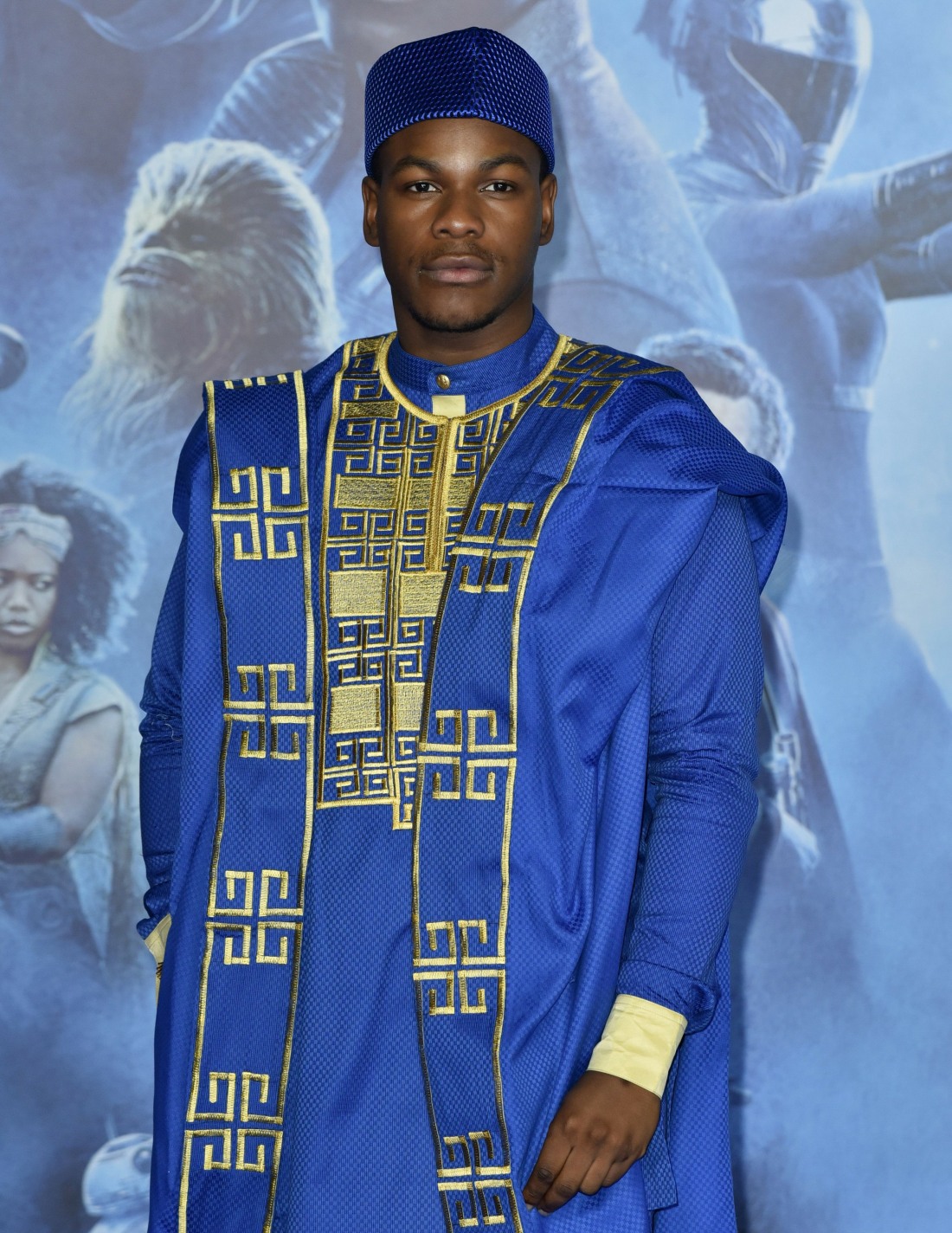