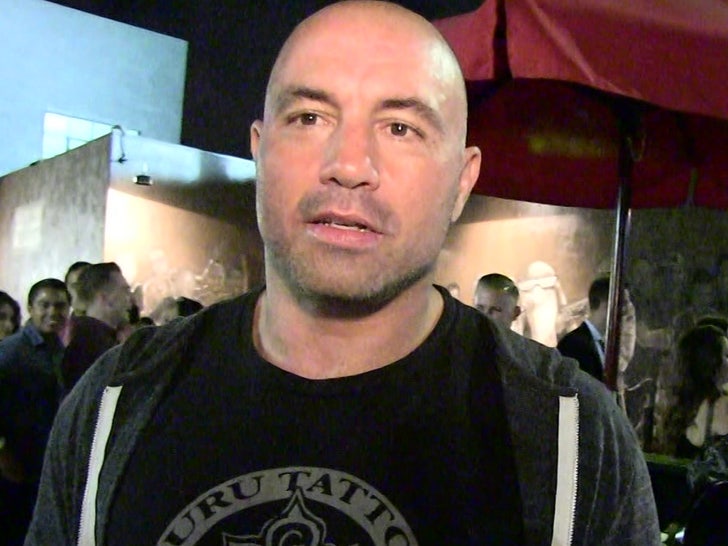 Joe Rogan is getting support after saying he can do better on his podcast … but some celebs still aren’t buying it.

The Rock was more than good with Joe’s mea culpa, saying, “Great stuff here brother. Perfectly articulated. Look forward to coming on one day and breaking out the tequila with you.”

Kelly Slater echoed the sentiment … “Love to see you offer to bring on Neil Young and/or Joni Mitchell on with whoever they want by their side to refute whatever it is they’re so pissed about. If they’re for truth it should be an easy convo. I’ll be looking forward to their replies if so.”

Jewel said, “You’re doing a great job. Keep it up.”

Jamie Kennedy said, “Tell me 1 person in mainstream media that is this transparent and this open. Go ahead, I’ll wait.”

And, former Presidential candidate Marianne Williamson said, “I’m triple vaxxed, but (unless they’re standing for hate or calling for violence) banning someone’s podcast is too much like burning a book to me,” adding, “Joe Rogan should talk on his podcast about whatever he damn well pleases.”

And, human rights activist Ayaan Hirsi Ali tripled down … “this is exactly why Joe Rogan’s podcast is so popular.  He is open to different perspectives and lists to people without judgment.”

R&B singer India Arie, was unmoved by Rogan’s apology, declaring she will follow in Neil Young’s footsteps and take her music off Spotify, saying her decision is not based on just COVID misinformation … it’s based on race.

Last week philosopher Jordan Peterson jumped on Joe’s podcast and the 2 had a talk about what it means to be Black.  They’re both white, and they made a bizarre point … that Rogan understands because he’s Italian.

Short story … Joe’s controversial.  Some people love it, and some hate it.