Late-night show host Jimmy Kimmel endearingly proved this week that he’s just like us, taking care of his little ones during our current shelter-in-place era. 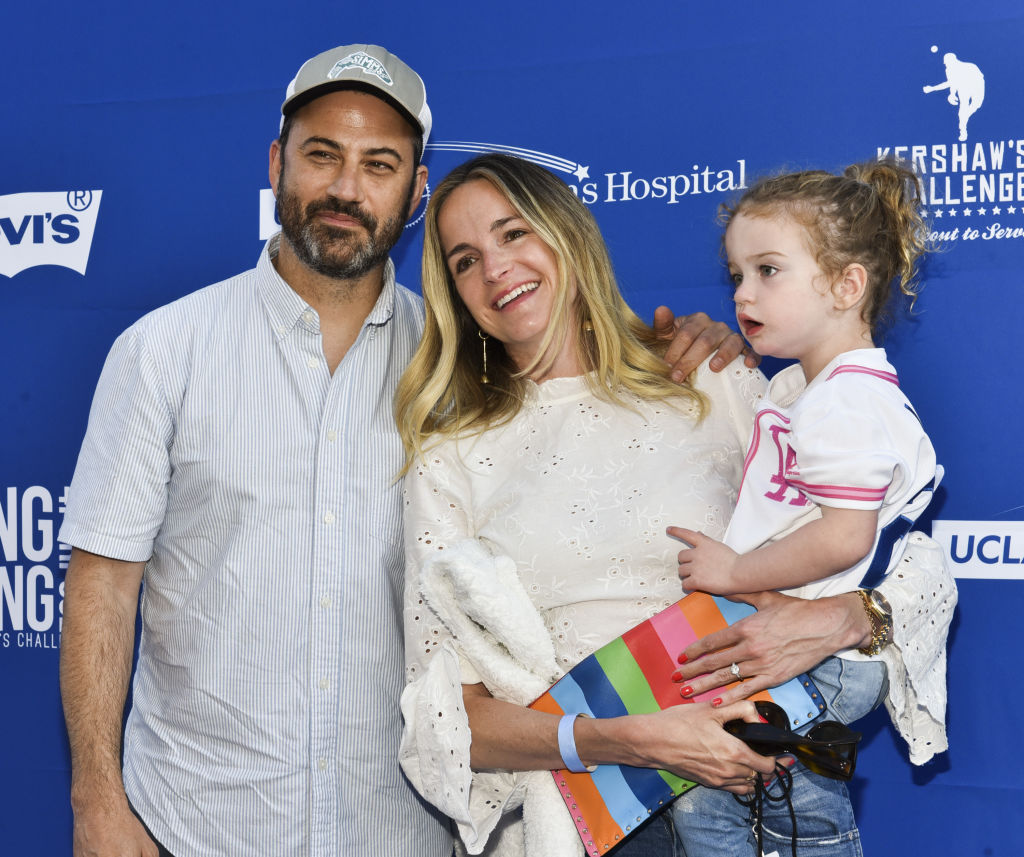 Although life has become something of “Groundhog Day” times ninety, the comedian has shown he’s an ingenious dad at getting his kids to eat nutritious food that’s become one of their preferred dishes.

The comedian of Italian and German descent makes a mean plate of pasta for his kids. He calls it “Pasta Tina” and it’s on the menu frequently at the Kimmel household, as his children, Jane, 5, and William, 2, love it.

“They demand this every day,” Kimmel explained in a remote appearance last week on The Ellen DeGeneres Show in which he chatted about his at-home chef duties.

“Every single meal,” he told the daytime talk show host. “I say, ‘What do you guys want?’ And every meal, they say, ‘Pasta Tina.’ “

He later explained on Instagram exactly how to make the popular dish.

“OK, so by request, this is my recipe for Pasta Tina, it’s one of the few things my kids eat. It’s a name that they made up but it’s something called pastina, this is something that Italian families serve their babies. It’s kind of a starter pasta. My daughter, Jane, called it Pasta Tina, which is cute, and it has evolved.”

“I now use a bigger pasta. But any small size pasta is fine. It really doesn’t matter which one you use. You can use any kind, a cavatelli, which I’ve found is a fun shape for kids.”

Kimmel has been working from home, of course

Jimmy Kimmel Live! has been broadcasting from the home that the 52-year-old host shares with his wife, Molly McNearney and their children. Recently, he and Jennifer Aniston, remotely, had the opportunity to present a nurse who had contracted coronavirus (COVID-19) with a surprise gift.

Kimmel’s show learned of the Utah nurse, Kimball Fairbanks, who was furloughed from her job for two weeks after testing positive for the disease. With two young children at home, the medical professional was doing the best she could, but struggling financially.

The former Friends star spoke with Fairbanks by video chat, “I just have to say, God bless you and all of you that are out there doing what you’re doing. I don’t even know how to express my gratitude to everything you guys are doing and putting your health at risk and all of that. You’re just phenomenal.”

Kimmel and Aniston let the obviously delighted Utah resident know she would be receiving $10,000 of Postmates credit for food deliveries, and that, as well, her coworkers at her hospital would also be receiving gift cards.

Start with a pot of boiling water, of course, for your pasta. Once you do that, Kimmel says, get started on your Pasta Tina sauce.

“Now I wanted to make this kind of healthy and so I thought: Beans.”

The father of four – Kimmel has two adult children, Katherine and Kevin, from his first marriage – recommends cannellini beans for this dish. They’re soft and can be transformed into part of a velvety sauce.

“The nice thing about cannellini beans in the can,” he said, “is they have this liquid, and that is useful.”

Kimmel mashed the beans with a hand blender, but the beans can be placed into a bowl and mashed with a mashed potato masher, or even a fork. And that’s the beauty of the recipe: the mashed beans become part of the sauce and as the Brooklyn-born Kimmel says, “the children won’t know they’re eating beans.”

Saute three smashed whole garlic cloves in a good amount of olive oil over medium heat, and get them golden brown. Take them out once they’re light brown as their role is simply to flavor the oil.

Add the mashed cannellini beans and chicken base to the oil, salt to flavor. Drain the cooked pasta in a colander, and add it to the bean mixture, combining all ingredients.

Serve hot with, if you like, a good-quality Parmesan cheese, and there you have it, a simple, nutritious, and inexpensive meal: Pasta Tina.