Iconic “Jersey Shore” alum Nicole “Snooki” Polizzi will once again reunite with her former cast members in the show’s reunion spin-off “Family Vacation,” the fourth season of which debuts on MTV on Thursday, June 3.

The star, 33, is featured heavily in a supertease shared by the show on Thursday.

“Is [the camera] on?” she asks in the opening of the video. “I don’t remember how this works.”

Polizzi was perhaps the most widely recognized member of the “Jersey Shore” cast and was known for her goofy, dramatic and sometimes drunken antics when spending time with her reality star pals on the show, which ran from 2009-2012. 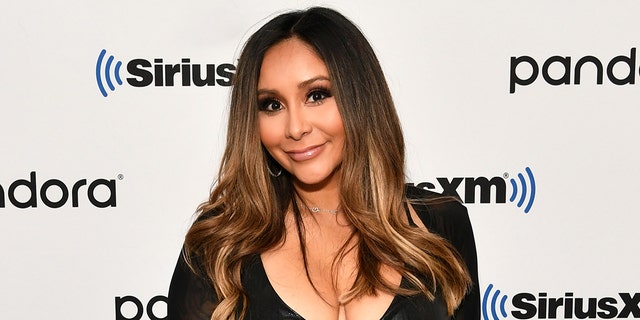 The crew will travel this year to the Poconos Mountains in Penn., where they were seen in the trailer having some fun in the snow.

Snooki can also be seen popping out of a large birthday cake holding two bottles of Champagne while yelling “happy birthday,” in celebration of Jenni “JWWOW” Farley’s big day.

The moment seems to be Snooki’s big reveal, as Farley, 35, looks shocked and excited to see her close friend while party guests cheer.

Things then take a dramatic turn as several characters can be seen shouting at one another.

“This is why I quit the show,” Polizzi says.

In a confessional, the star then appears to goofily imitate a drunken person needing a car ride.

“Can I get a ride?” she slurs as she stumbles. “Can someone pick me up?”

In late 2019 as the show’s third season was airing, Polizzi announced that she would not return for season four, though something evidently changed her mind. 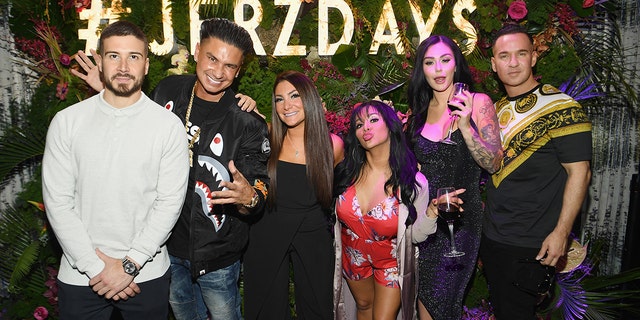 “I love you so much, and don’t hate me for my decision. I am retiring from ‘Jersey Shore.’ I am not coming back to ‘Jersey Shore’ for season 4 if there is one,” she said at the time.

“The main reason is really… I just can’t do it anymore. Literally, leaving my kids to film it is really, really hard on me,” Polizzi confessed. “I try and quit every single day. I quit every time we film because I just hate being away from the kids.”