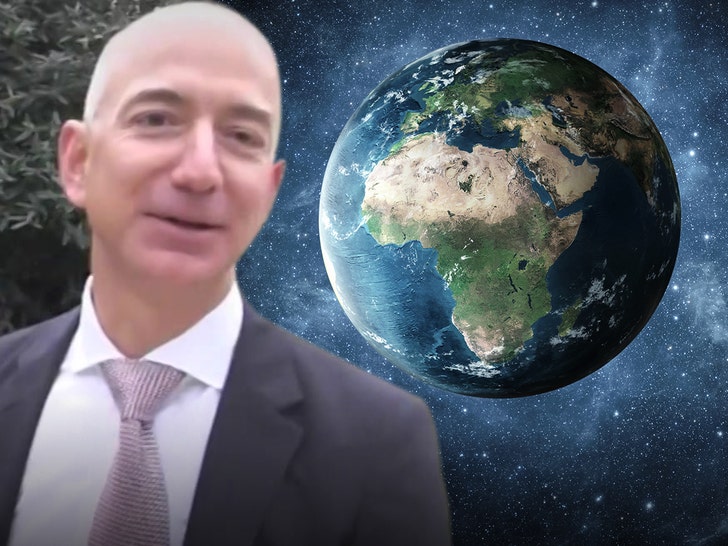 Ground control to Major Jeff … you sure you really want to do this, sir???

Jeff Bezos says he’s heading to space as part of the first crewed flight on a rocket ship made by his aerospace company, Blue Origin. The Amazon CEO will be joined on the crew by his younger brother, Mark, who he calls his best friend.

Bezos says he’s dreamed of traveling to space ever since he was 5 years old, and he’s going to turn that dream into reality on July 20 in a rocket ship called New Shepard.

The plan is for Jeff and Mark to join the auction winner for a seat on the 6-seat capsule and go on an 11-minute journey in the 59-foot rocket that will reach more than 60 miles above Earth.

As of now, the highest bid for a spot on New Shepard is approaching $3 million.

Bezos — the world’s richest person with a net worth of $187 billion — will be the first among the billionaires with a space company to actually take a ride aboard the technology he’s spent a fortune developing.

Elon Musk‘s SpaceX is doing some incredible things, but so far he’s not announced any plans to travel to space himself. Richard Branson has said he will board Virgin Galactic’s rocket-powered plane … but that’s not scheduled until later this year.

So, Jeff’s going first, and it must be said — this is an incredibly dangerous adventure and for someone with so much to lose, it’ll be interesting to see how he prepares for it … physically, mentally and, of course, financial planning.

The date of his flight, July 20, is significant … that will be the 52nd anniversary of the first lunar landing. Yes, this is a big giant leap for Bezos.