Following on from the news that Jill Gascoine died at the age of 83 yesterday, EastEnders star Jake Wood, 47, has spoken out and shared a heartwarming tribute to The Gentle Touch actress who “inspired” him. Jill, the wife of Alred Molina, died after a 10-year battle with Alzheimer’s disease.

I have never forgotten her generousity and kindness to me.

It was confirmed by her son Adam, that Jill, who was best known for her role as Detective Inspector Maggie Forbes in The Gentle Touch, passed away after suffering from Alzheimer’s for 10 years.

After the news of her passing was confirmed, EastEnders actor Jake spoke out about the bond he had with the star from when he was just 11-years-old.

The soap star reflected on the time he and Jill worked together in The Gentle Touch in 1984, the beginning of Jake’s television career.

Alongside a photo of himself and the actress, Jake announced to his 446,000 Twitter followers: “My very first TV job was aged 11 with Jill Gascoigne in ‘The Gentle Touch’. 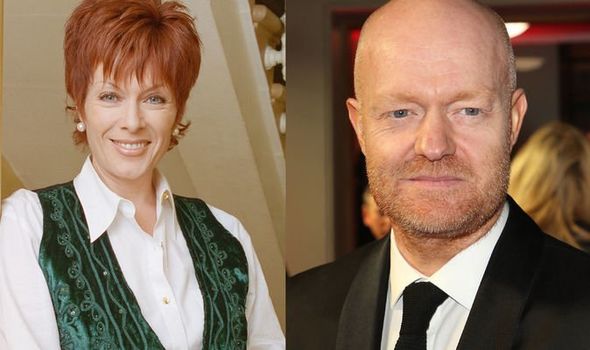 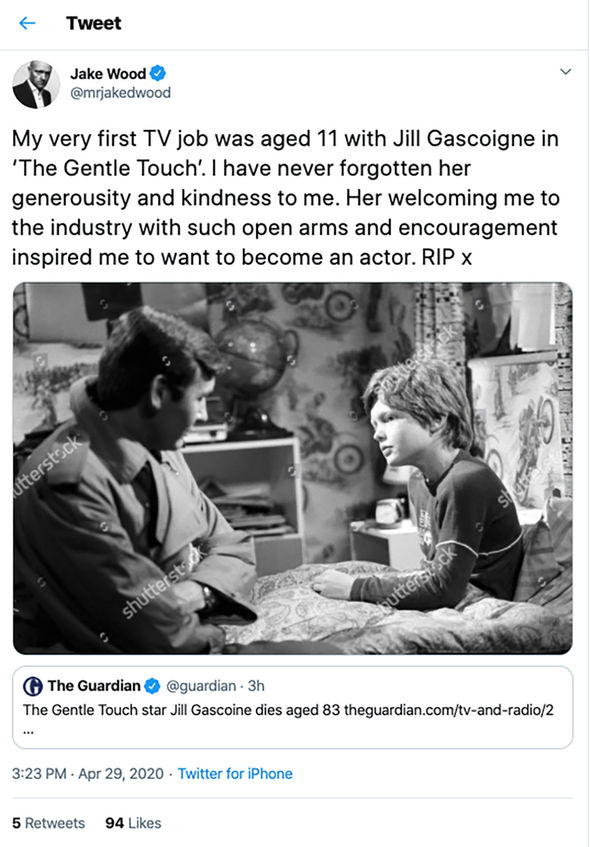 “I have never forgotten her generosity and kindness to me.”

Jake went on to tell his fans how Jill welcomed him into the industry with “open arms”.

He added: “Her welcoming me to the industry with such open arms and encouragement inspired me to want to become an actor. RIP x.”

Jake played the role of Duncan in the 1984 crime drama series. 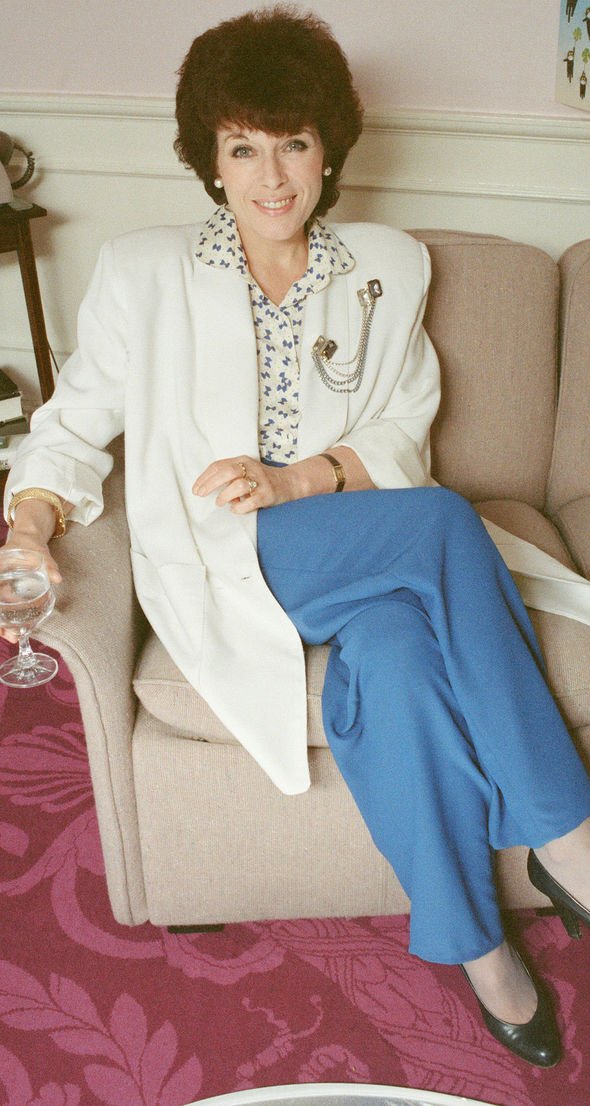 Soon after the TV star shared his thoughts, fans of the BBC favourite went on to send their best wishes to him.

One fan wrote to the actor: “Sorry to hear this mate. Hope you are keeping well and crazy how time goes so fast.”

Another added: “That’s a lovely memory for you.”

One commented on the throwback picture and stated: “You haven’t changed.”

The Gentle Touch star is said to have passed away at a care home in California yesterday.

Jill’s son Adam confirmed the news on his Facebook page and explained how his mother is “not suffering anymore”.

The statement read: “She suffered from Alzheimer’s for 10 years, so today was a thankful release.

“The family is all well, and relieved that she’s not suffering any more.”

He continued: “There will not be a memorial for a good while due to the current climate. The family will reach out once details have been arranged.

“We will likely hold 2 services – one in London for the UK friends and family, and one in Los Angeles for the US side.”

Adam added: “She was a wonderful human and a spirit of truth and absolute, unconditional love. There was no other.

“I am happy she’s moved on. Please raise a glass. Be kind and love deeply!”