Prince Harry has arrived in the UK ahead of the unveiling of a statue of his mother, Princess Diana, set to occur on July 1. The Duke of Sussex is believed to be in quarantine for five days, per the government’s coronavirus pandemic travel restrictions, according to Entertainment Tonight. Within a few days, however, Harry will be able to socialize with whomever he likes, just so long as he can produce a negative COVID-19 test. It is unknown if he will meet up with his brother, Prince William, before the ceremony, which will take place at the Sunken Gardens at Kensington Palace on what would have been Diana’s 60th birthday.

It has been reported that Harry won’t be staying in the UK for very long, making this a rather short trip, according to Us Weekly. The reason? He wants to get back to his wife, Meghan Markle, and their two children, Archie and Lilibet Diana. “It’ll be a fleeting visit. He’ll be in and out,” a source told the outlet. Nevertheless, royal watchers are very curious to see what Harry does while in the UK — and that includes who he meets up with. Keep reading to find out who Harry might end up spending some time with before he heads back to The States.

Prince Harry may meet up with his old friends 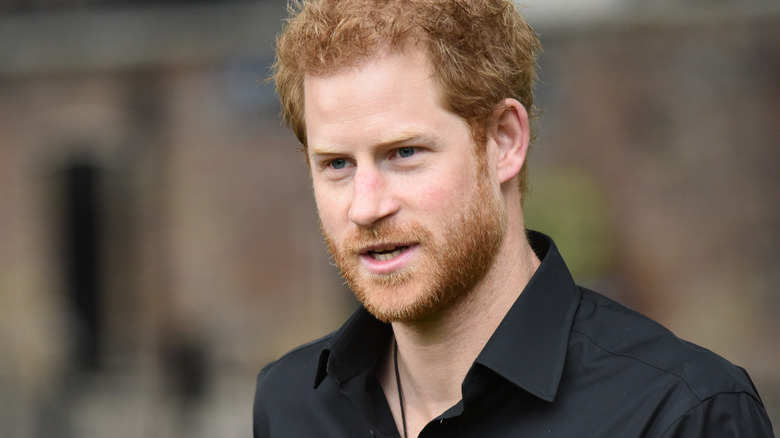 Prince Harry may be reuniting with some of his old friends during this trip, according to the Daily Mail. “After the wedding Harry cut everyone from the UK off. But now he’s at last showing signs of wanting to reconnect with his old life. His friends are really excited, they think that the old Harry is coming back out of his shell. It sounds like he’s starting to [realize] that he doesn’t have to abandon his old life to enjoy a new one in California with Meghan. The two worlds he now occupies are not mutually exclusive for his friends, though they may well be for his family,” a source told the outlet.

According to the Daily Mail’s source, Harry may be planning a lunch to get together with some of these friends. While it’s unclear who, exactly, might be on the guest list, the source shared a few names that could end up reconnecting with Harry in the coming days. They include Jack Mann, Charlie van Straubenzee, and Mark Dyer. One person that probably won’t join them on their boys’ day out? Prince William. The source said that Harry and William’s rift “seems deeper than ever.”