Irina Shayk has stripped down for a new photoshoot, posing in nothing but yellow bikini bottoms and matching, towering pumps.

Irina Shayk has totally stunned in a gorgeous new snap! The 35-year-old supermodel looked incredibly fierce when she posed for shoe brand Tamara Mellon, wearing nothing but a pair of yellow bikini bottoms. Irina wrapped her arms around her chest as she crouched down on what appeared to be a beach, while rocking a pair of strappy, mustard yellow pumps. “Sun valley @tamaramellon X IRI,” she captioned her June 27 IG post, which showed the raven haired beauty staring intensely down the camera lens, as her hair fell effortlessly down her back.

Most recently, Irina was seen reuniting with her ex, Bradley Cooper amid her new romance with Kanye West. The former couple were spotted strolling together in New York City on June 17 with their adorable daughter Lea de Seine, 4. The A Star Is Born actor, 46, carried his little girl in his arms while the supermodel walked alongside the father-daughter duo. She wore a white Burberry tee adorned with a bright blue print of two mermaid tails that wrapped around the neckline.

The trio’s latest outing came days after Irina’s romantic getaway to France with “Heartless” rapper Kanye West, who is fresh off his split from Kim Kardashian. The new couple were “smiling and strolling” around the grounds of a Provence hotel, TMZ reported earlier in the month. Kanye reached out to Irina “about a month ago,” a source told HollywoodLife. “Irina was thrilled when Kanye reached out to her asking her to hang out. She’s excited and she’s been ready to move on and find someone.” 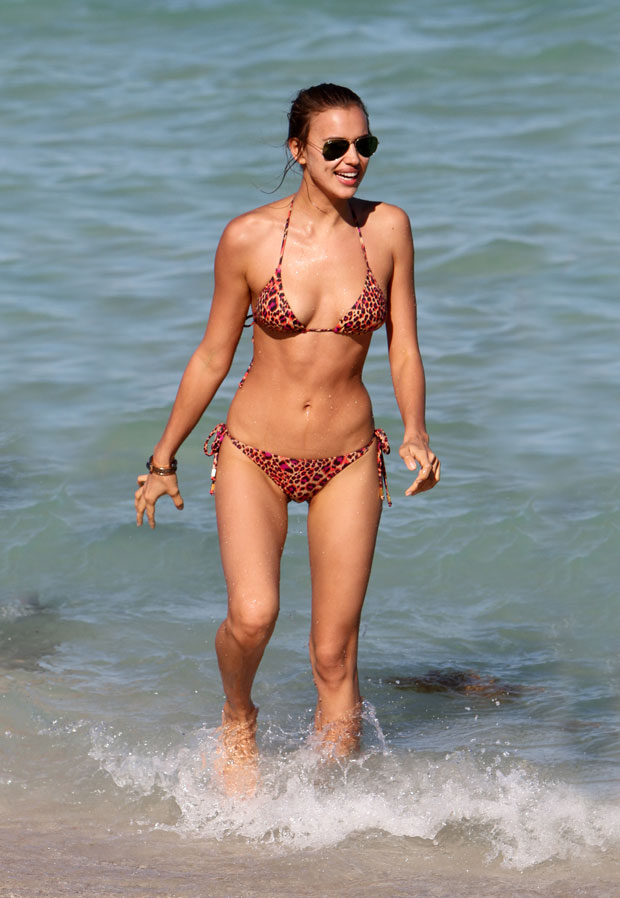 As fans would know, she and Bradley called it quits in 2019. They started dating in April 2015 and welcomed daughter Lea less than two years later in March 2017. Meanwhile, Kanye officially became a single man when Kim, 40, filed for divorce in February 2021. Much like Irina, he and the reality star are co-parenting their four children together.