Despite all those rumors of marital issues, Julianne Hough and Brooks Laich still appear to be going as strong as ever, even after nearly three years of marriage. And while Hough isn’t afraid to get candid about her personal life, she and Laich tend to keep a relatively low profile together. You may not even know how Julianne Hough and Brooks Laich met — and IMO, you should, because it’s a really good story. Have you ever seen the 2015 horror movie Curve? Chances are you haven’t, since it went straight to video. It’s about a bride-to-be who’s forced to crash her car in order to to escape a terrifying hitchhiker and ends up getting trapped. The movie may not have been a commercial success, but here’s where it did succeed: It gave Hough and Laich an opportunity to meet.

During a Jan. 2016 interview with Cosmopolitan, Hough explained how her Curve costar and Laich’s friend, Teddy Sears, set her up with the hockey star. Apparently, Hough first caught Laich’s eye after she appeared in a Juicy Fruit commercial. Six years later, when Sears found out he’d been cast in a movie with his friend’s dream girl, he was sure to make an introduction. "I’m convinced the only reason I was meant to do that movie was to meet my fiancé," Hough joked to Cosmo. 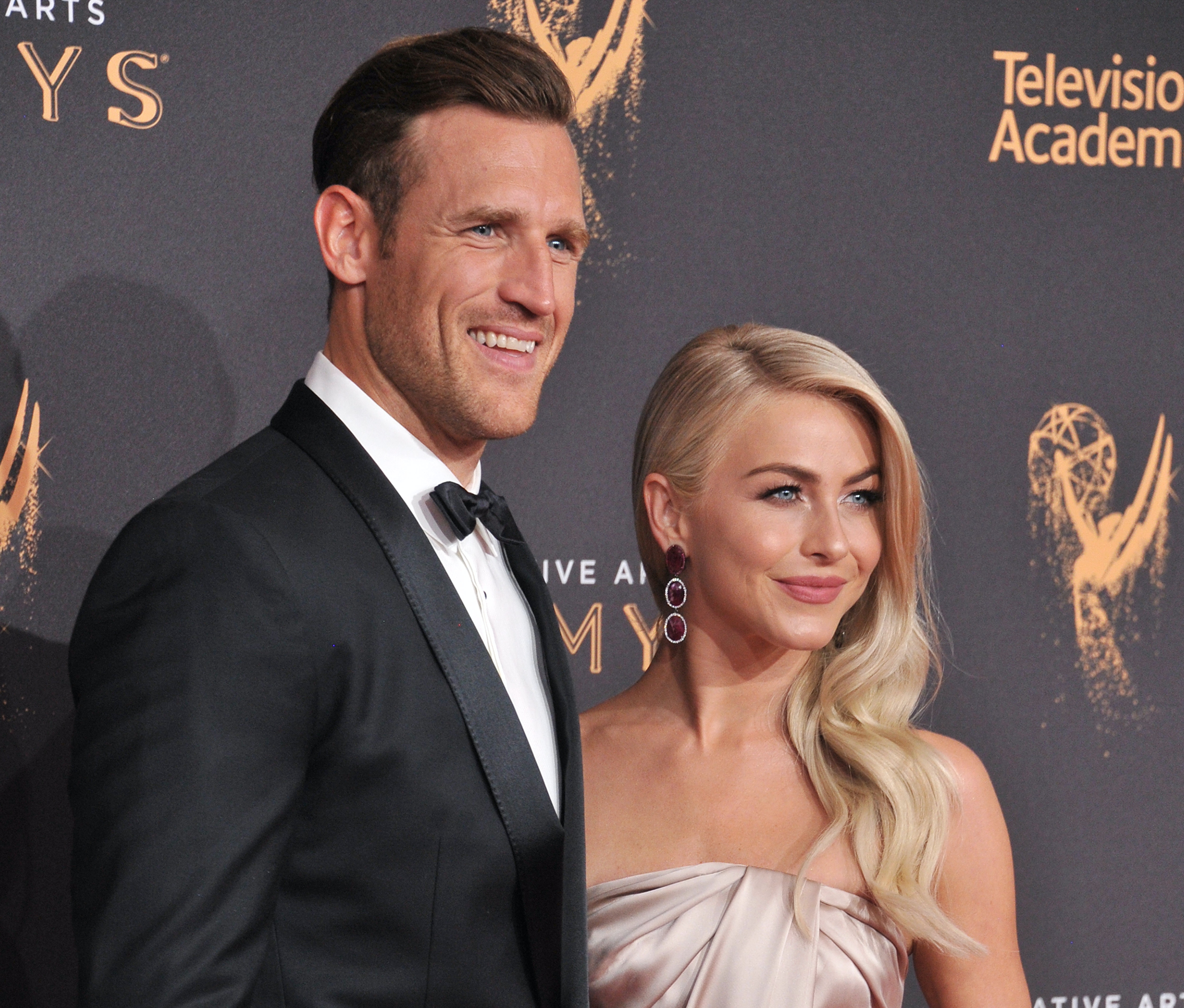 However, it took a little while before the two could actually meet IRL. At the time, Laich was playing hockey for the Washington Capitals and based in Washington, D.C., while Hough was living in Los Angeles. "We talked on the phone and FaceTime for two months before we physically met each other," Laich told E! News in July 2019. "The first time we physically met was at the airport, and so we had built a strong connection and friendship before even meeting, and then when we physically met, it just exploded from there."

For Hough, the connection was just as instantaneous. "When I met him it was kind of like, ‘Yeah.’ I knew, and I think he knew, too," the pro dancer recounted to E! News back in Sept. 2015. "We kind of knew it was going to happen." Of course, it wouldn’t have happened without matchmaker Sears, and the couple seems pretty grateful for his assistance. In Jan. 2017, Laich even tweeted a pic sent to him by Sears and wrote, "#tbt to the day my man Teddy Sears sent me this picture, saying he thought @juleshough and I would be a good match! What a brilliant man!" Talk about wingman goals.

Moral of the story: Bad movies are capable of doing great things — just ask former Green Lantern costars Blake Lively and Ryan Reynolds. Curve may not have told a particularly sweet tale, but at least Laich and Hough have a cute story!