In addition to being the renowned child star who played Winnie Cooper on The Wonder Years, actress Danica McKellar is also a math genius. 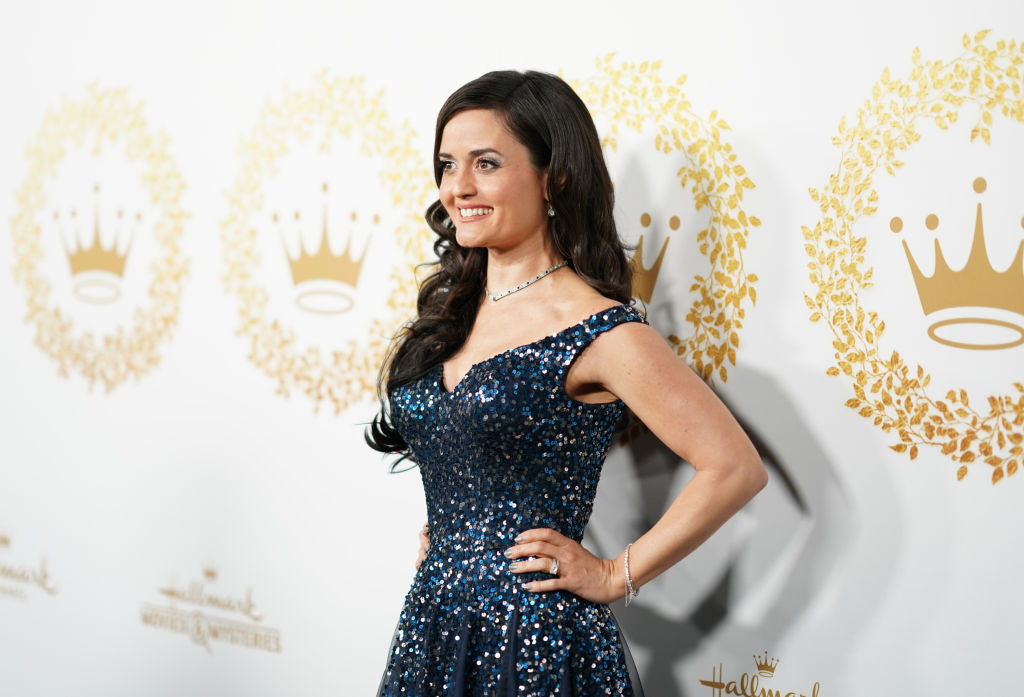 An episode of ‘The Wonder Years’ foretold McKellar’s math aptitude

The actress reminisced with Today in 2018 about one particular episode of the coming-of-age series that seemingly prophesied her incredible success in the area of mathematics.

Hey guys… so one of my Wonder Years co-stars @joshsaviano and I would love to help brighten your day by reminiscing and answering your questions about growing up on that show. ? Find us on my Instagram (or Josh's) LIVE at 4pm PDT/7pm EDT today. ? . . . Hope you are holding up… maybe better than Josh was holding me up in this picture. ? . . . This is such a challenging time and I just know we're going to get through it if we look for ways to connect and lift each other's spirits. See you in a few hours! . . . And if you miss the live stream, ask me questions below! ⬇️ . . . . #TheWonderYears #nostaglia #tbt #fbf #WinnieCooper #PaulPfeiffer #quarantine #corona #thistooshallpass #stayathome #happyathome

McKellar has written math books for kids of all ages, including Math Doesn’t Suck, The Times Machine, Kiss My Math, and Girls Get Curves designed to give readers a boost in confidence in this area of study that can provoke so much anxiety.

“One of my favorite storylines was that Winnie Cooper scored higher on her math SATs than Kevin Arnold did, which ended up being kind of foreshadowing for me and all my mathematics,” McKellar told the morning show.

“That was just kind of a cool storyline because this story was set back in the 1960s, and at that point, it wasn’t really socially acceptable for girls to do better at math than boys. So what can I say, Winnie Cooper was ahead of her time.”

McKellar’s collaboration on a UCLA theorem

The mother of one discussed with NPR in 2006 how, as much as she loves acting, she doesn’t love it more than math. And vice versa. She considers both art forms and has deep appreciation in her practice for each one.

“I love acting,” she said. “Acting is a true love of mine, acting and math. Although they are both creative, they use very different sides of your brain. And I love both. Acting is my first love, and that’s my main career, it really is. After I did the paper, I really did go back to acting. So it’s not hard to go back to it. I absolutely love it. And it has its own dignity and intelligence and everything else.”

Hey you beautiful people, how ya doing?? Here are a few things that are really helping me, aside from knowing I'm fulfilling my patriotic duty of staying home. ? . . . 1. Taking action for my family. Keeping things sanitized, making healthy meals, and keeping spirits up, also embracing the extra time we are sharing because of this! ? . . . 2. Taking action to help others. I wish I could donate millions like some of these big movie stars are!! But I'm donating what I can to support the medical community and also provide meals to kids who normally depend on school for their main meal of the day. And I'm looking for more ways to help, like providing help to homeschooling parents online. More to come on that front. ? . . . 3. Taking action to care for myself… this can be the hardest one but just as important as the rest of them, because let's face it – maintaining sanity is harder than it looks, but more important than ever. For me, that means yoga and meditation. Even if I can squeeze in a total of 30-40 min, it makes a world of difference. And… from time to time I make a funny @tiktok video. ? . . . Would love to hear you guys are doing and what is helping you to stay sane during this time. Tell me below! ⬇️ . . . #quarantine #covid_19 #corona #safeathome #happyathome #stayingsane ?

She explained to the outlet how it came to pass that she participated in a two-dimensional mathematical model of magnetic material and presented a theorem about it.

“[T]he theorem is Percolation and Gibbs States Multiplicity for Ferromagnetic Ashkin-Teller Models on Two Dimensions, or Z2. That’s the name of the paper. But nobody calls it that because it’s hard to say. And when these journalists in People magazine and Star magazine and whatever the magazine is that decided to do an article about me and this math research, they just would rather call it the Chayes-McKellar-Winn Theorem.”

“It’s called the Ashkin-Teller Model. And it’s a pretend two-dimensional lattice grid representation of this material, and it has properties based on temperature.”

Through her website, on which she really does answer questions from kids and adults about math, and through her books on the subject, the 45-year-old is hoping to change math’s bad reputation as a frightening giant of a subject.

“I want to make math less scary and for kids to see math is relevant in their life. It’s not a separate, random tangent. But if we, as adults, don’t help kids make connections in their everyday world, it remains a foreign, scary language they’ll avoid and dread,” she told USA Today in 2018.

McKellar’s passion in her mission is contagious and she’s determined to hopefully inspire young women to see the beauty and the fun in math.

“I want girls to realize they’re not an afterthought when it comes to math. Math is for them … for everyone,” she said. “Today’s young women need to realize they don’t have to choose between being smart or the one who takes great selfies. They can absolutely be both!”

Read more: What is Hallmark Channel’s Danica McKellar’s Net Worth and Does She Keep in Touch with ‘The Wonder Years’ Cast?