Kaitlynn Carter and her boyfriend, Kristopher Brock, have welcomed their first child together, a baby boy.

She added, “everyone is happy and healthy and so in love.”

Carter also shared a photo of herself breastfeeding her newborn son in front of what appeared to be a recreation of Pablo Picasso’s “Maternity,” in which a woman nurses her child.

Friends and fans flocked to the comments section of the post to congratulate the couple on their new little bundle of joy.

Friends and fans flocked to the comments section of the post to congratulate the couple on their new little bundle of joy. 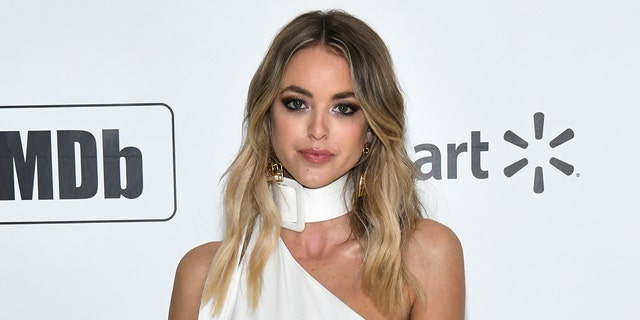 “Happpinesssssss in full effect!!! So happy for you guys!!!” one fan wrote.

“Hearts exploding!!!! Love you and bebe Ro!!!!” another person added.

The “Hills: New Beginnings” star announced she was pregnant in June, nearly a year after she and Brock, 37, started dating.

Carter previously dated Brody Jenner, son of Caitlyn Jenner, for five years, but they announced they were breaking up in August 2019.

Days later, photos surfaced of Carter and Miley Cyrus smooching while vacationing together in Italy. But things were short-lived for her and the “Wrecking Ball” singer, as they broke things off after just one month of dating.

Carter spoke out about her sexuality in July 2020, saying she wasn’t ready to define it yet.

Then, in May, Carter revealed that she was dating someone without naming Brock, telling “Entertainment Tonight,” “I’m not single now, no. I’ve been dating someone since early last year, well, I guess midway through last year.”