Bummer news: Daft Punk’s publicist confirmed the French music duo broke up, just a few weeks after rumors about them performing with The Weeknd at the Super Bowl LV halftime show didn’t materialize. And now you’re out here googling what they look like without their helmets. Which, yeah, I get it.

Much like wearing face bandages has been The Weeknd’s vibe during the After Hours era, wearing helmets has been Daft Punk’s whole thing for, like, ever. They almost never show up without their helmets, but yes, there are humans in there! Specifically two men named Guy-Manuel de Homem-Christo and Thomas Bangalter. 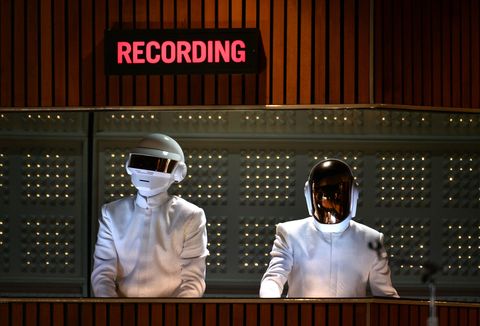 The pair notoriously doesn’t love being photographed. They’ve worn black cloth bags over their heads in interviews and made sure to wear helmets for The Weeknd’s “I Feel It Coming” music video.

“We’re trying to separate the private side and the public side,” Bangalter reportedly said. “It’s just that we’re a little bit embarrassed by the whole thing. We don’t want to play this star system thing. We don’t want to get recognized in the streets. Yes. Everyone has accepted us using masks in photos so far, which makes us happy. Maybe sometimes people are a little bit disappointed but that’s the only way we want to do it.”

Of course there are someeee pics that show Daft Punk’s faces. Here they are in 1997 wearing masks that make it relatively clear what they look like: 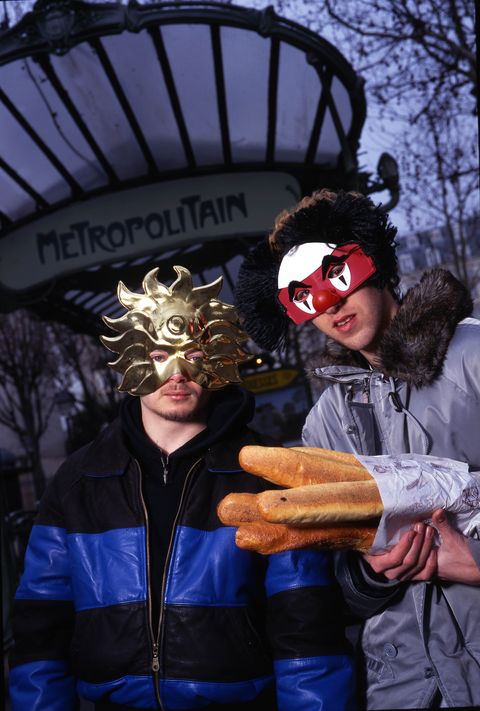 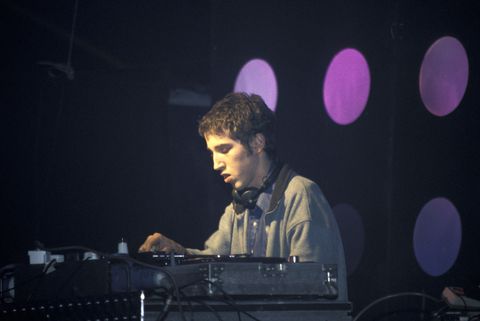 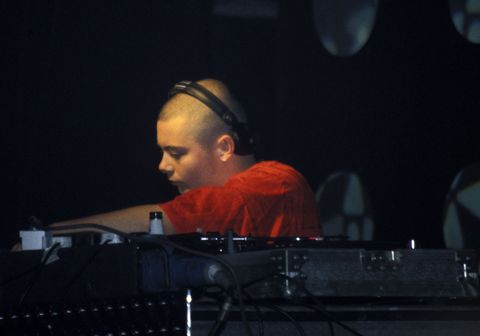 There’s even footage of them performing if you look hard enough: