BTS still has a lot planned for ARMYs before the year ends, and next up is a performance at the 2020 Fact Music Awards. Considering the group always goes the extra mile for their end-of-the-year performances, fans can expect to be blown away once again. The livestream link can be hard to find, so to make it easy for you, here’s how to stream the 2020 Fact Music Awards.

The show will be on Saturday, Dec. 12, at 6 p.m. KST (4 a.m. ET), with the red carpet beginning at 4 p.m. KST (2 a.m. ET). Fans can stream the show by purchasing tickets to the Fact Music Awards livestream, which is different based on which country fans are from. Those in North and South American can watch through LIVECON. General livestream access to the red carpet, award show, and performances costs $16.99, while the VIP special package includes everything mentioned previously, plus rebroadcast access for $17.99. More detailed ticketing information can be found on the official Fact Music Awards website.

BTS was originally going to perform at the FMAs in February for the second annual ceremony, but due to the coronavirus pandemic, the physical event was canceled and the winners were announced online instead. 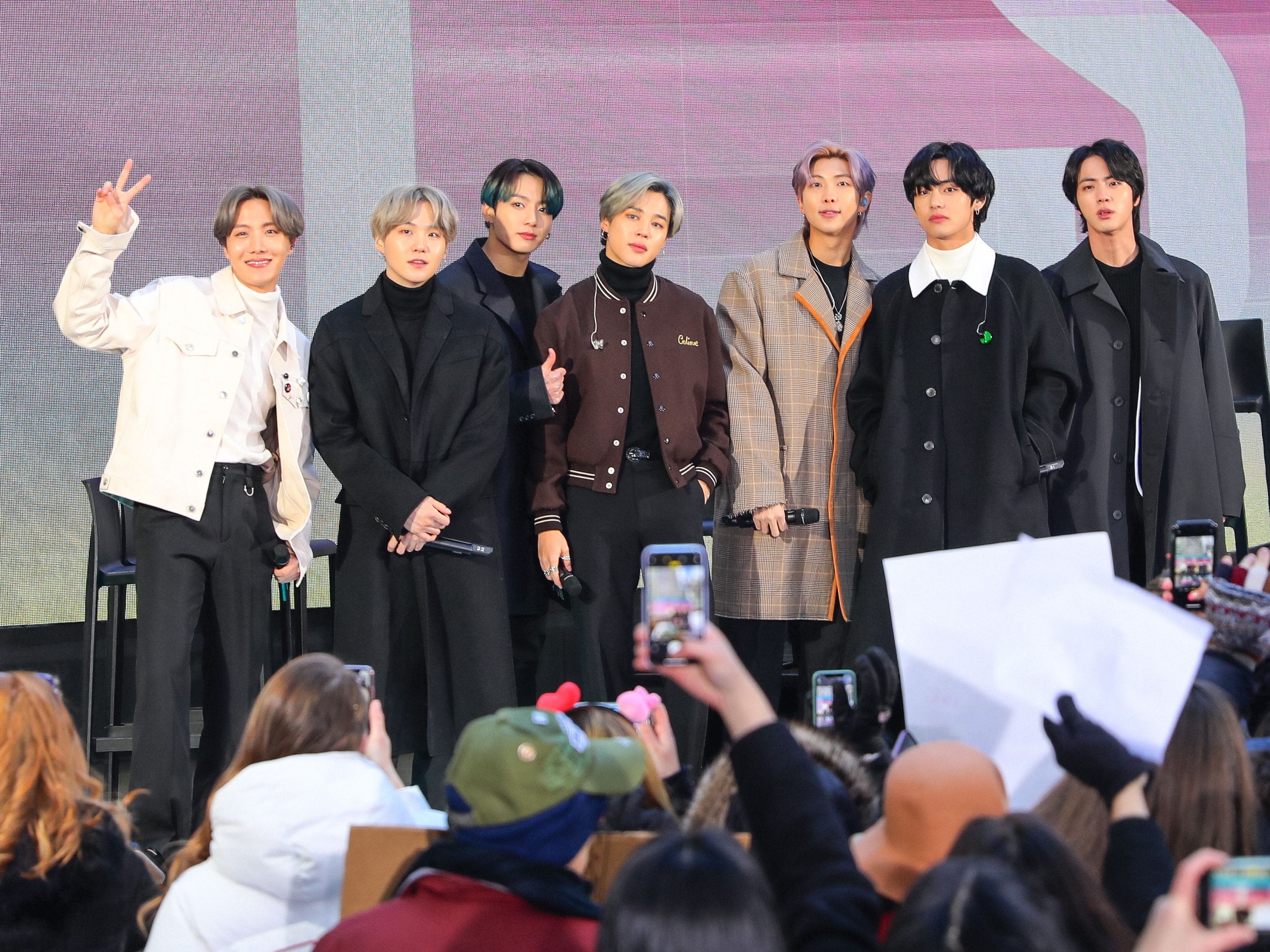 BTS’ December 2020 schedule has been epic so far, so the FMAs is expected to be huge as well. On Dec. 5, BTS took the stage at the Melon Music Awards, where they performed their biggest hits of the year, including an orchestral rendition of "Black Swan" and an extended version of "Dynamite" with a dance break. Their Mnet Asian Music Awards performance on Dec. 6 was even more amazing because it had BTS performing "ON" at the Seoul World Cup Stadium. Not to mention, they included a hologram of Suga for "Life Goes On" since he couldn’t be with them in person due to his recent shoulder surgery.

BTS has a knack at making every performance entirely unique, and that’s why fans have no idea what to expect for their stage at the 2020 Fact Music Awards. All they know is that it’s going to be amazing as usual.