Products featured are independently selected by our editorial team and we may earn a commission from purchases made from our links; the retailer may also receive certain auditable data for accounting purposes.

Active noise cancellation (ANC) used to be a feature reserved for a couple of really high-end headphones, but over the past five years it’s become more and more common. The ability to block out unwanted noise so you can focus on your music during your commute, or muffle the sound of an airplane’s engines while you travel is a major improvement over cranking up your volume, which can impact your hearing over time.

How Do Active Noise-Cancelling Headphones Work?

It all comes down to microphones and physics. All sound can be broken down into sign waves, which have peaks and valleys based on their volume and frequencies; the sign wave of loud, low sounds will look different than one created by a soft, high pitched noise. Before active noise cancellation, headphones would attempt to block all sounds from the outside world by putting a physical barrier inside of your ear. For earbuds, that meant using gummy tips that created a “seal” inside your ear canal. For on- and over-ear headphones, the best choice was to make larger ear pads out of foam material that would muffle sound. This is known as passive noise cancellation.

Active noise cancellation works differently. Instead of muffling outside noises, microphones on the outside of your headphones “hear” them, and create a sound wave that neutralizes the one coming from the outside world. The sound you hear when active noise cancellation is on, but you’re not playing music, is the sound of these two competing sign waves cancelling each other out. When you listen to music at a normal volume, this sound isn’t audible.

What Are the Pros and Cons of Active Noise-Cancelling Headphones?

It’s hard to deny the upside of listening to music without interruption from unwanted sounds, but active noise cancellation does have a couple of drawbacks. First, both the microphones that listen to the outside world, and the technology that filters it out require power. That means the battery in your headphones has to be larger, or you have to settle for a shorter playback time per charge. Considering noise-cancelling headphones are typically wireless (Bluetooth chips need electricity, too), you’ve got two big draws on a limited power supply. The result is having another gadget to charge daily (or every few days).

Second, adding an active noise-cancelling hardware and a wireless chipset on top of drivers, padding, and other pieces necessary to make a good sounding pair of headphones increases their weight. This is one of the reasons active noise cancellation has traditionally been found in over-ear headphones, which are heavier to begin with. Heavy headphones may become uncomfortable to wear for long stretches of time, especially if you’re used to wearing a really light pair.

What Are the Best Features of Active Noise-Cancelling Headphones?

The popularity of smartphones and tablets has led big tech companies to invest heavily into making smaller, longer-lasting batteries and more power-efficient wireless technology. Recent versions of Bluetooth have better range and lower energy demands. The introduction of custom DSPs (digital signal processors), and the miniaturization of battery technology has enabled active noise cancellation to make its way to on-ear and in-ear headphones, although over-ear models will typically have the best audio quality and battery life.

These Are The Active Noise Cancelling Headphones You Should Get

Active noise cancellation is becoming a common feature, but not all headphones that have it sound good or feel comfortable. We’re recommending one pair of headphones in each major style (earbuds, on-ear, and over ear) that are actually worth your time. 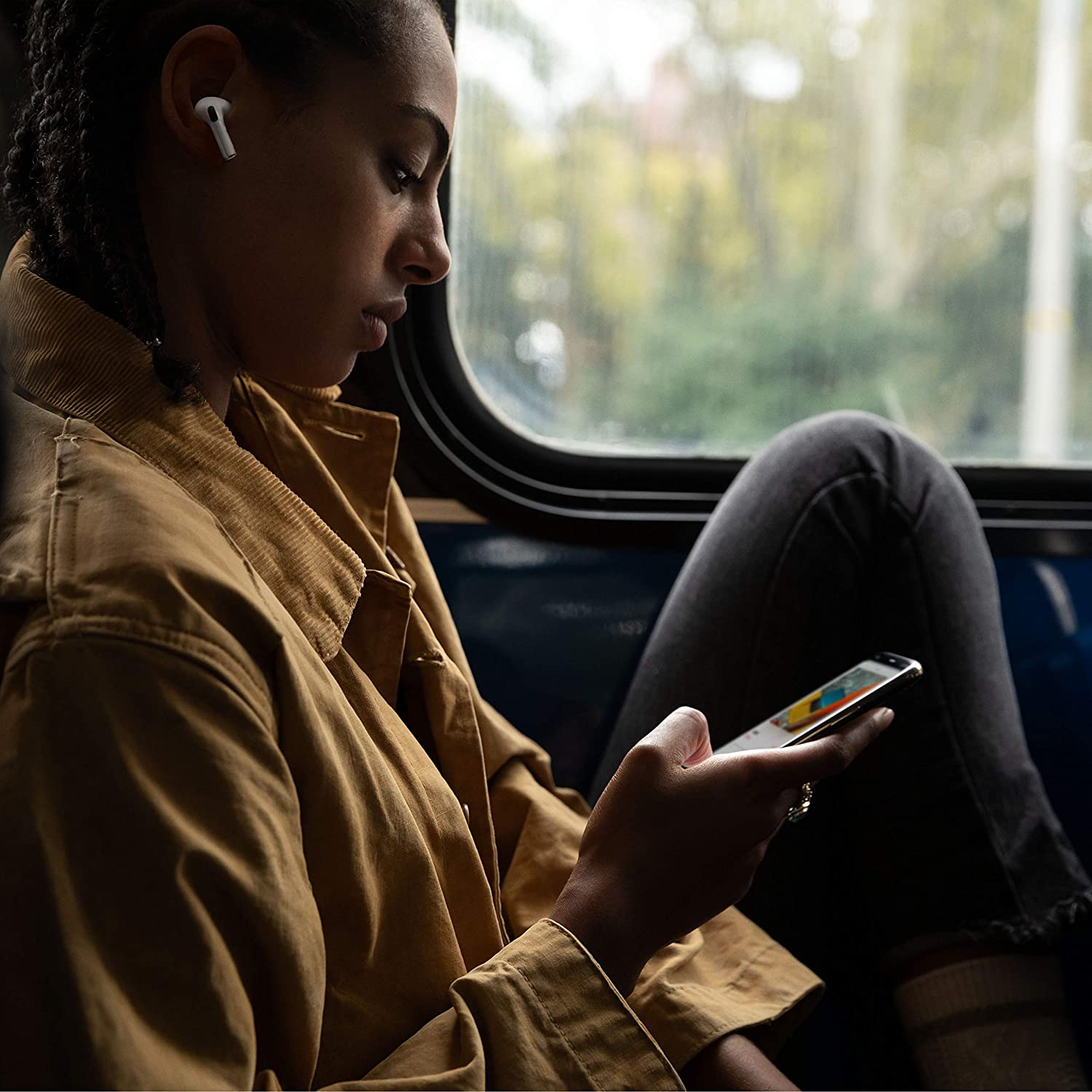 The pocket-friendly earbuds have two microphones for noise cancelling, and get 4.5 hours of battery life per charge. Their charging case adds an additional 18 hours of playback time, so you can get over a day’s worth of listening time with minimal breaks. Each bud weighs .19 ounces each, which makes them the lightest active noise-cancelling headphones we’re recommending by a large margin.

I’ve been using these earbuds as my daily headphones for a few months, and the active noise cancellation has been very impressive. It blocked out a majority of sound from a New York City Subway commute and packed streets. The gummy tips Apple includes with the AirPods Pro (available in four sizes) create a tight seal around my ear, so both passive and active noise cancellation are working at the same time.

Sound quality has been similarly excellent. Podcasts and music from all genres sounds pretty well balanced and free from distortion at loud volumes or sibilance (a shrill sound when performers speak or sing the letter s).

If you’re a fan of earbuds, or want a pair of noise-cancelling headphones you can pop and out of your pocket, AirPods Pro get our recommendation. 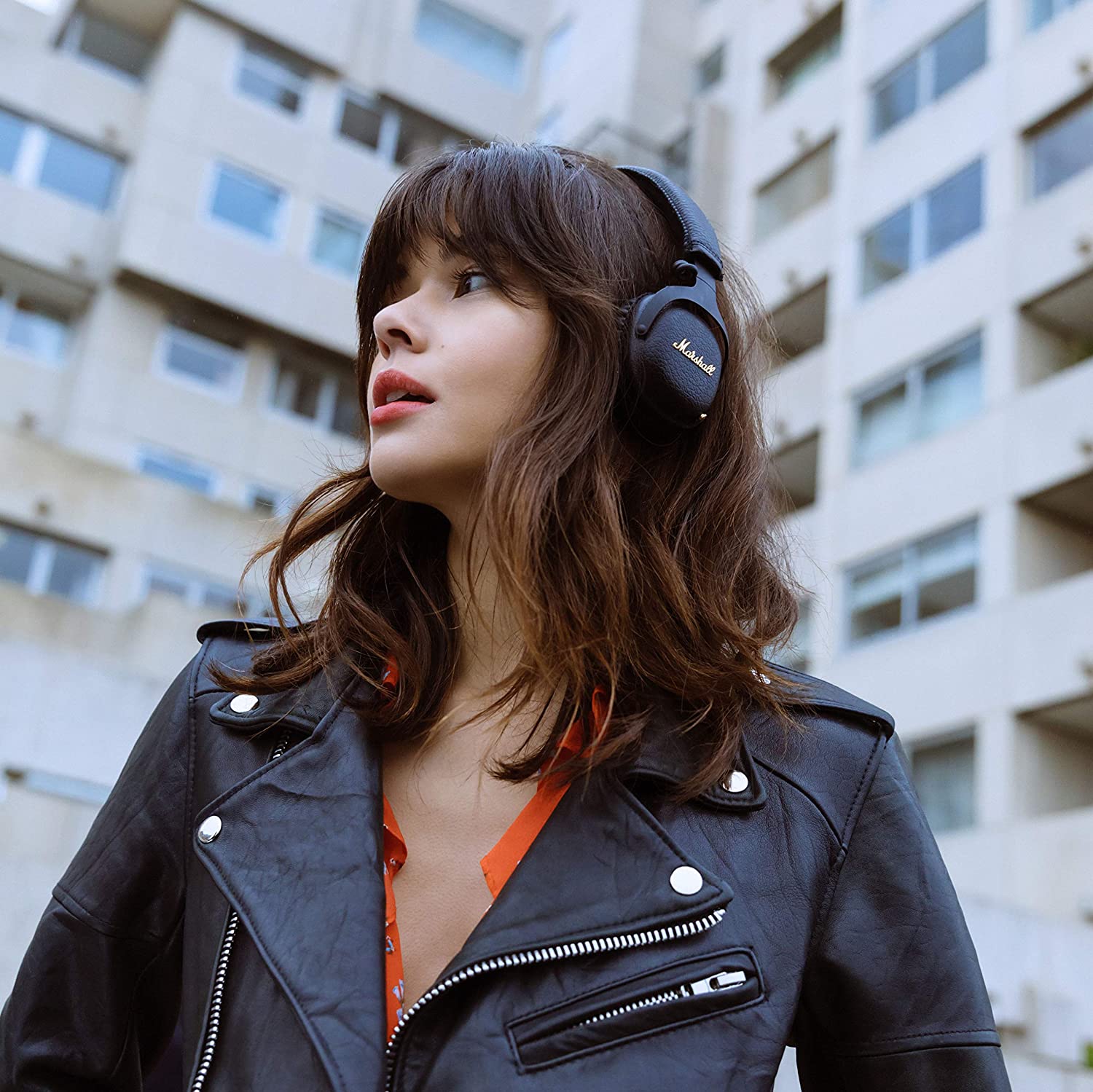 Marshall is best known for supplying amps used by bands like AC/DC, but the company’s line of Bluetooth headphones are a sleeper hit. I’ve tested several pairs, including the MID ANCs, and love they way they sound.

The on-ear headphones have two microphones for noise cancellation, and offer 20 hours of continuous music playback with the setting enabled. The headphones weigh 7.3 ounces, which puts them between our earbud and over-ear headphone picks.

Marshall used a pair of custom 40mm drivers in its headphones, and the difference is easy to hear. I initially believed the MID ANCs would be tuned for rock music, but I was pleasantly surprised at the amount of depth I heard when listening to jazz, pop, and Motown. Instruments and vocals in the midrange sound particularly good.

The MID ANC’s active noise cancellation is very good, but on-ear headphones will always struggle with the feature more than earbuds or over-ear cans. Earbuds create a seal around your ears, which offers excellent passive and active noise cancellation, and over-ear headphones have thick pads that fit over your entire ear. The MID ANC’s earpads are extremely plush, but they don’t create the same type of barrier between you and the outside world.

If you prefer on-ear headphones for their balance between lightness and audio quality, the Marshall MID ANCs are the noise cancelling headphones you should get — just make sure you understand the drawbacks inherent in this style of headphone before you do. 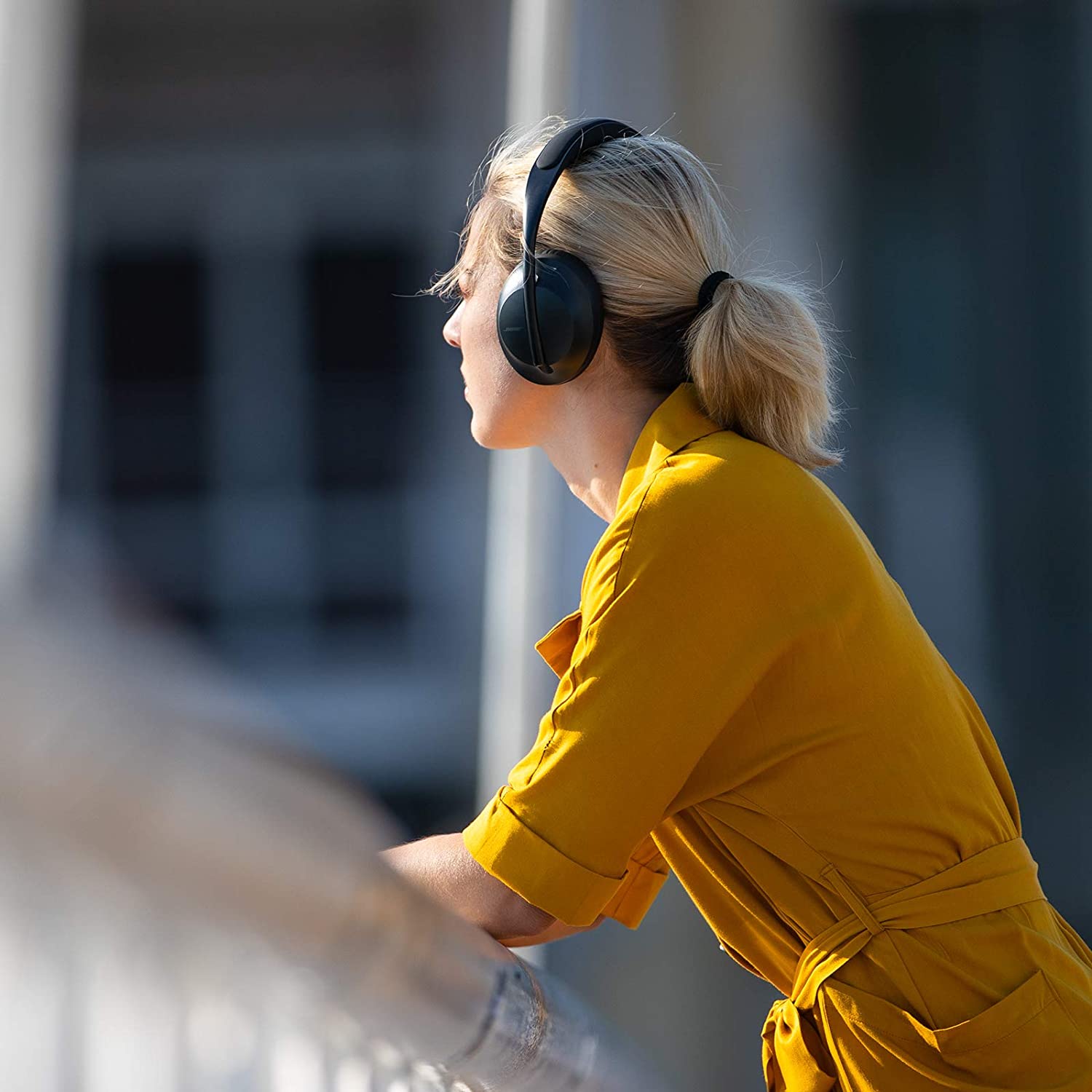 Bose’s QC25s were the first pair of active noise-cancelling headphones most people heard about, and they basically ran unopposed for several years. Competition has heated up, and Bose recently responded with its 700 series over-ear headphones.

The Bose 700s have six microphones dedicated to active noise cancellation, and lets you switch between 11 different levels by pressing a button on the right ear cup. They weigh 8.6 ounces, which is not much more than the Marshall on-ear headphones we recommend, and get 20 hours of battery life per charge. Bose says the headphones can offer 3.5 hours of music playback being plugged in for 15 minutes.

Bose has a proven track record for producing great sounding audio hardware, from speakers to soundbars to headphones. The company says the 700s feature a custom EQ (equalizer) designed to make your music sound good at any volume. It also supports Bose AR, a custom audio technology designed to work with augmented reality glasses.

We’re recommending the Bose 700s over other over-ear headphones because of their impressive active noise cancellation hardware, but they also have some nice design flourishes. The headphones have Amazon’s Alexa voice assistant built into them, which you can use to play songs from different streaming services, get answers to questions, and control smart home accessories. The right earpad is also touch sensitive, so you can adjust volume and play or pause songs with a swipe or tap.

If active noise cancellation is the number one feature you’re considering when looking for your next pair of over-ear headphones, the Bose 700 deliver.