The Malfoys are back together again!

Harry Potter‘s infamous blond-haired family had a mini-reunion when stars Tom Felton and Bertie Gilbert unexpectedly ran into one another. The latter played Felton’s onscreen son, Scorpius Malfoy, in the epilogue scene of 2011’s Harry Potter and the Deathly Hallows: Part 2 — yes, an entire decade ago.

Felton shared the surprise run-in with an Instagram post on Thursday, revealing that the two bumped into each other at the Backyard Cinema in Wandsworth Plain, London. The actors were watching a screening of Lin-Manuel Miranda’s In the Heights.

“When Draco sat next to Scorpius. Completely by chance!” Felton, 33, captioned the shot. “Was such a lovely coincidence before sitting down to watch @intheheightsmovie 🙌🏼 🐍 x”

In the photo, the duo is seated beside each other as Gilbert holds up his phone to show a throwback photo of the new generation Malfoy clan by the Hogwarts Express on the movie set.

Felton, who played the anti-hero Draco Malfoy in the film adaptations, recently told ET that 20 years from the premiere of the first film, Harry Potter and the Sorcerer’s Stone, he still feels very tied to the Potterverse.

“It’s the fandom, I think, that’s kept me there. They’ve sort of become my family in a weird, twisted way,” he shared. “I know I can speak for [the cast] when I say we’re all very proud of what we did and we’re all very excited about these new ventures.”

When asked if he thought there would ever be a Harry Potter television series, as has been previously rumored, the actor noted that he doubted it, but “the Harry Potter flame is not going to burn out anytime soon.”

And when asked if he’d return to his iconic role as the Slytherin everyone loved to hate, he replied, “As and when I’m given the chance, the hair will go back to blonde, but until then, I’ll just celebrate what we’ve done so far.”

The 'Harry Potter' Movies Will Return to HBO Max in June 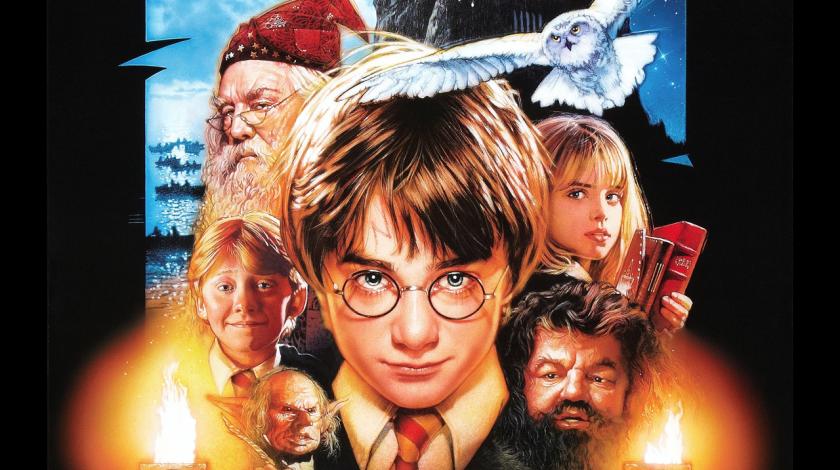 The Cast of 'Harry Potter and the Sorcerer's Stone': Then and Now