The Great British Bake Off has reportedly banned pensioners from competing due to coronavirus.

The Channel 4 show has a proud tradition of inviting a diverse age range of contestants, with many aged over 60.

But this year’s series will only feature younger bakers who are considered less vulnerable to the pandemic. 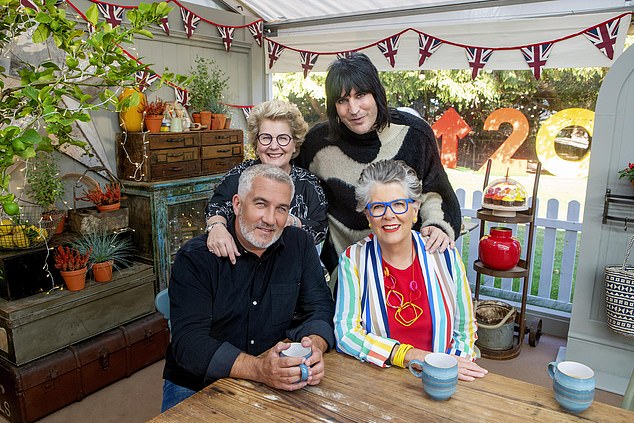 Making changes: Great British Bake Off will only allow younger contestants to compete this year due to coronavirus

Insiders told The Sun that bosses fear a contestant could fall ill during filming the hit show.

That would mean the production would have to shut down, potentially costing millions of pounds.

A source said: ‘There’s a real sense of urgency to get the next series of Bake Off in the can, considering it’s one of Channel 4’s biggest draws. 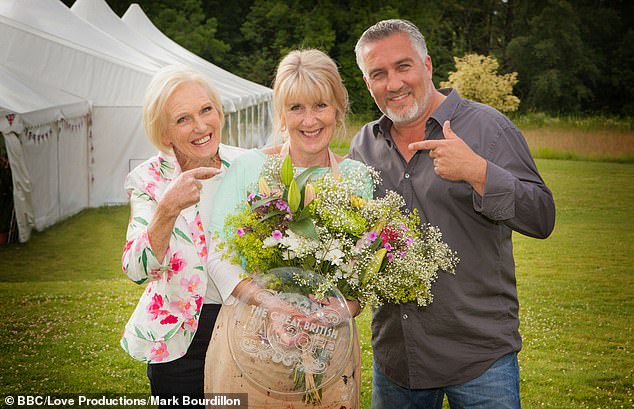 Former champion: Nancy Birthwhistle, who was 60 when she claimed the crown in 2014, is the show’s oldest winner

‘That means the nation’s baking grans and grandads have been deemed too high risk. Bake Off’s wizened contestants are often the heart of the show.

‘Val, who would “listen” to cakes to work out if they were done, and rapping septuagenarian Flo became favourites.’

One of the show’s most classic moments came courtesy of older contestant Diane Beard, who was implicated in the Baked Alaska-gate scandal of 2014. 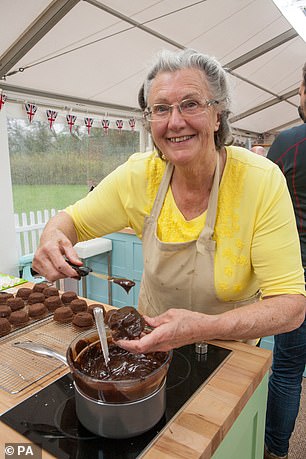 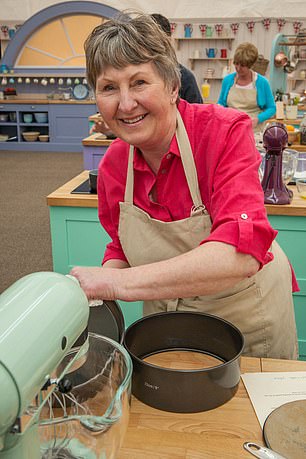 Fan favourites: Diane Beard (left) and Val Stones (right) are among many of the show’s popular older bakers

All the cast and crew on this year’s show will have to quarantine together because judge Prue Leith, 80, has been refused insurance.

But Channel 4 is eager to press ahead and ensure the show hits our screens in its usual late August slot.

Comedian Matt Lucas will join the hosting team this year alongside Noel Fielding after Sandi Toksvig stood down earlier this year. 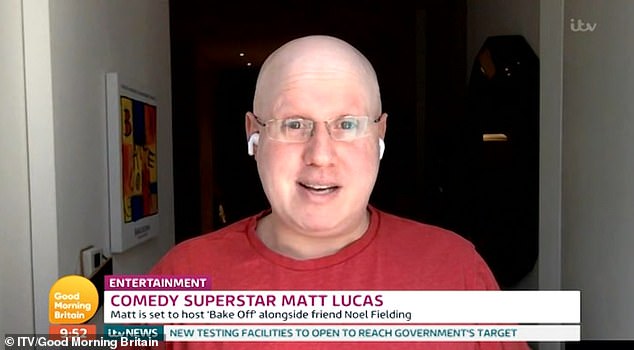 New faces: Matt Lucas will take over hosting duties in the tent from Sandi Toksvig