Goodfellas actor Paul Sorvino dead at 83: The Hollywood veteran who is the father of Mira Sorvino dies with his wife by his side

Hollywood actor Paul Sorvino has died at the age of 83, it was shared on Monday.

His publicist Roger Neal said he died Monday morning in Indiana of natural causes. His wife of eight years, Dee Dee Benkie, was by his side.

‘Our hearts are broken, there will never be another Paul Sorvino, he was the love of my life, and one of the greatest performers to ever grace the screen and stage,’ Benkie said in a statement.

In his over 50 years in the entertainment business, Sorvino was a mainstay in films and television. He would often say that while he might be best known for playing gangsters, his real passions were poetry, painting and opera.

The star was most famous for his role as Paul Cicero in the 1990 smash hit mobster movie Goodfellas with Ray Liotta, Robert De Niro and Joe Pesci.

He played an Italian American communist in Warren Beatty’s Reds, Henry Kissinger in Oliver Stone’s Nixon and mob boss Eddie Valentine in The Rocketeer. He also had a recurring part as Sergeant Phil Cerreta on the hit crime TV show Law & Order.

Sorvino is the latest movie mobster to pass away. His Goodfellas castmate Liotta, 67, died in his sleep in the Dominican Republic, where he was filming Dangerous Waters, in May.

The Godfather star James Caan, he also appeared alongside Sorvino in The Gambler, died from a heart attack earlier this month at age 82. 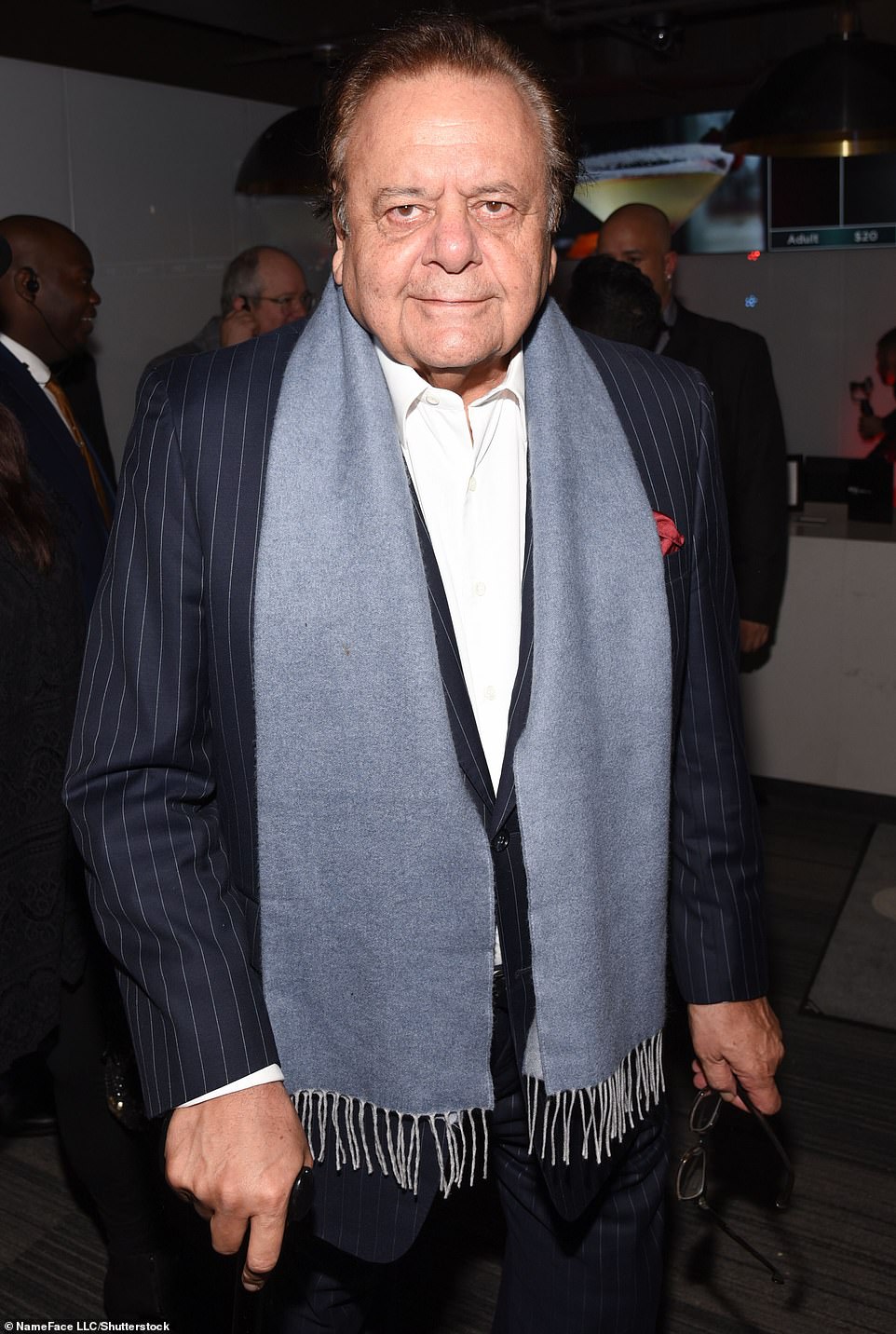 Sad farewell: Hollywood actor Paul Sorvino has died at the age of 83, it was shared on Monday. A rep for the actor told TMZ that he died Monday morning with his wife by his side. Seen in 2018 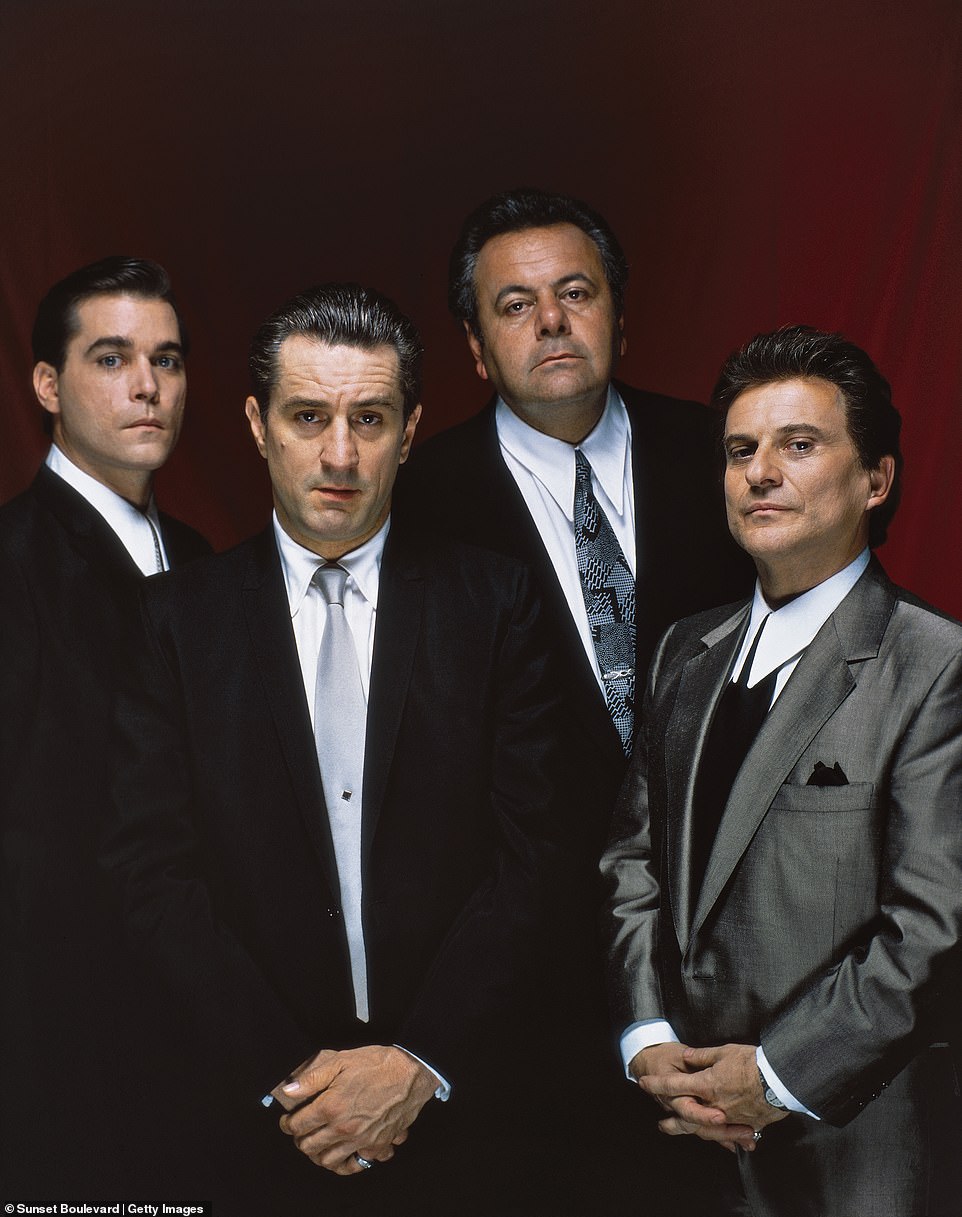 A classic: The star was best known for his role as Paul Cicero in the 1990 smash hit mobster movie Goodfellas with Ray Liotta, who also died this year, and Robert De Niro. From left, Liotta, De Niro, Sorvino and Joe Pesci

Born in Brooklyn in 1939 to a mother who taught piano and father who was a foreman in a robe factory, Sorvino was musically inclined from a young age and attended the American Musical and Dramatic Academy in New York where he fell for the theater.

He made his Broadway debut in 1964 in Bajour and his film debut in Carl Reiner’s Where’s Poppa? in 1970.

With his 6-foot-4-inch stature, Sorvino made an impactful presence no matter the medium. In the 1970s, he acted alongside Al Pacino in The Panic in Needle Park and with James Caan in The Gambler, re-teamed with Reiner in Oh, God! and was among the ensemble in William Friedkin’s bank robbery comedy, The Brink’s Job.

In John G. Avildsen’s Rocky follow-up, Slow Dancing in the Big City, Sorvino got to play a romantic lead and use his dance training opposite professional ballerina Anne Ditchburn.

Sorvino had three children from his first marriage, including Academy Award-winning actress Mira Sorvino, who is best known for Romy & Michele’s High School reunion. He also directed and starred in a film written by his daughter Amanda Sorvino and featuring his son Michael Sorvino.

He was proud of his daughter and cried when she won the best supporting actress Oscar for Mighty Aphrodite in 1996. He the Los Angeles Times that night that he didn’t have the words to express how he felt.

‘They don’t exist in any language that I’ve ever heard – well, maybe Italian,’ he said of Mira’s big win.

In April Mira said happy 83rd birthday to her dad.

‘A very Happy Birthday to my father Paul Sorvino,’ Mira, 54, wrote on Twitter alongside a black and white throwback image of herself and her father.

‘I miss you so much and hope to be together in person very soon!’ the Barcelona star added.

When he learned that Mira had been among the women allegedly sexually harassed and blacklisted by Harvey Weinstein in the midst of the #MeToo reckoning, he told TMZ that if he had known, Weinstein, ‘Would not be walking. He’d be in a wheelchair.’ 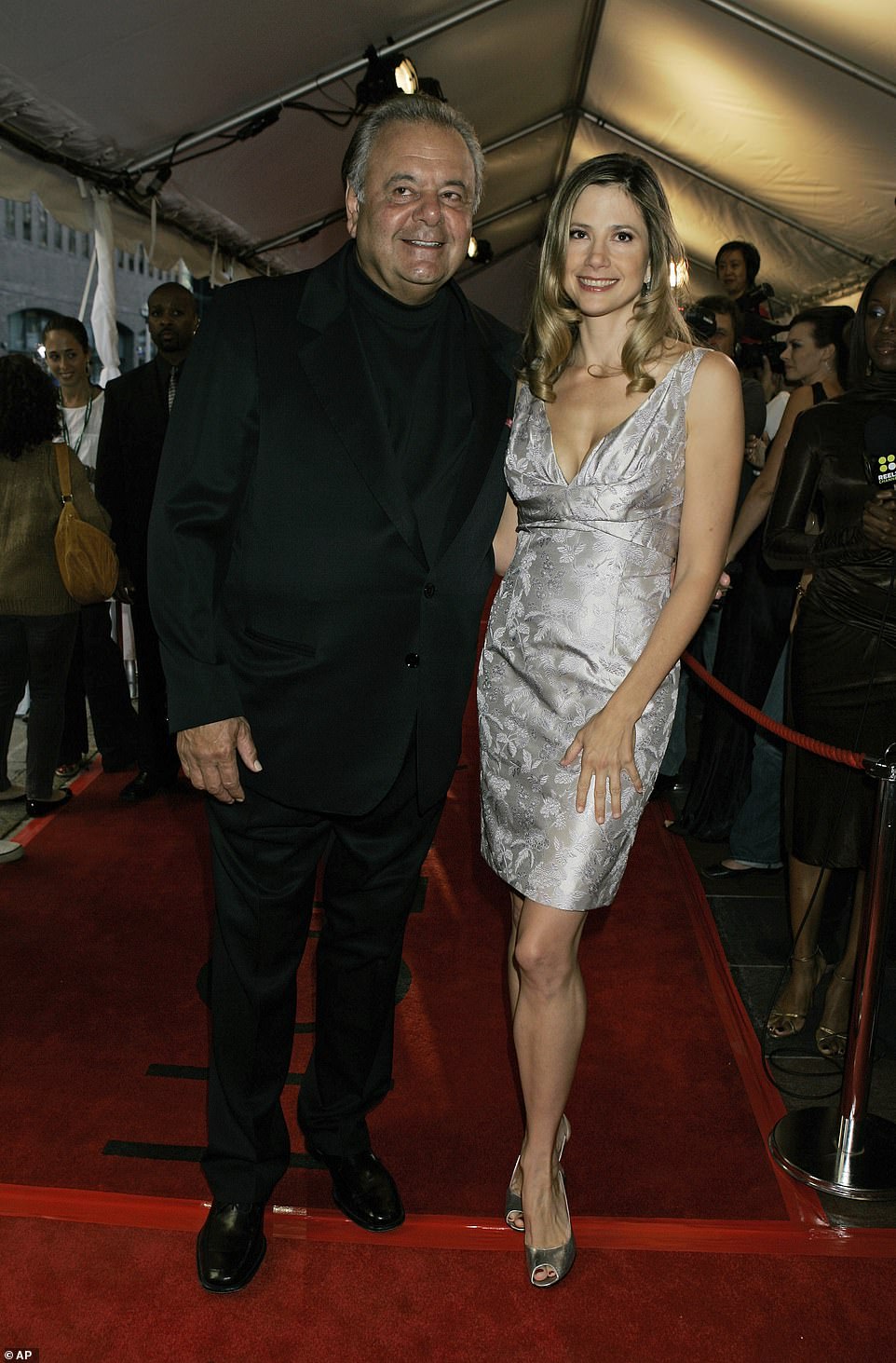 A famous daughter: In April Mira said happy 83rd birthday to her dad. ‘A very Happy Birthday to my father Paul Sorvino,’ Mira, 54, wrote on Twitter alongside a black and white throwback image of herself and her father. Seen in 2007

Sorvino married Benkie, a political pundit, in 2014 and said that a goal of his later life was to ‘disabuse people of the notion that I’m a slow-moving, heavy-lidded thug.’

As with most who starred in Goodfellas, the image would follow him for the rest of his life which he had complex feelings about.

‘Most people think I’m either a gangster or a cop or something,’ he said. ‘The reality is I’m a sculptor, a painter, a best-selling author, many, many things – a poet, an opera singer, but none of them is gangster…. It would be nice to have my legacy more than that of just tough guy.’

He also wanted to be seen for more than what he was on screen and took particular pride in his singing. In 1996, Paul Sorvino: An Evening of Song was broadcast on television as a part of a PBS fundraising campaign.

‘I’m a pop singer in the sense Mario Lanza was,’ Sorvino said in an interview the Tampa Tribune. ‘It astonishes me that no American male singer sings with a full voice anymore. Where have all the tenors gone?’

The weight of his voice, he thought, made it difficult to train. He said: ‘It’s like trying to park a bus in a VW parking space.’

He also ran a horse rescue in Pennsylvania, had a grocery store pasta sauce line based on his mother’s recipe, and sculpted a bronze statue of the late playwright Jason Miller that resides in Scranton, Pennsylvania.

Sorvino had starred in Miller’s Tony and Pulitzer-winning play That Championship Season on Broadway in 1972 and its film adaptation.