Gogglebox fans branded Jenny Newby and Lee Riley’s comments “madness” after the final instalment of the Channel 4 series aired. It comes after many questioned whether the cast were sticking to the coronavirus lockdown rules.

I always assumed it was Jenny’s caravan! Only taken me 15 series’ to realise it’s Lee’s

During a sweet but hilarious exchange, the best pals talked about their upcoming plans when the rules ease.

It then became apparent that it was Jenny who was staying with Lee in his caravan, and not the other way around.

People took to Twitter in shock, with many believing it was Jenny’s mobile home and that he was staying with her.

She was seen asking him: “Just think Lee, what you going to do when I go home? Don’t cry. Oh, I thought he was crying. 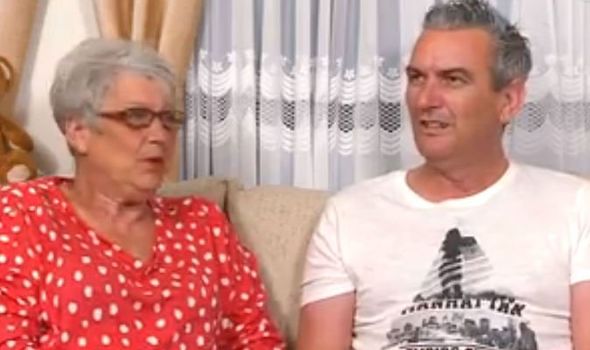 “I f***ing won’t,” he quipped, light-heartedly, as she continued: “I’ll miss you. You just don’t like admitting it.”

As the much-loved duo broke into laughter, he jokingly told himself: “Be strong Lee, be strong.”

“Have you bought me summat?” Jenny asked. “A leaving present?”

One person watching at home tweeted: “I always assumed it was Jenny’s caravan! Only taken me 15 series’ to realise it’s Lee’s! FGS.”(sic)

Another branded the relvation “madness”, as they stated: “I thought that was Jenny’s caravan after about 20 series of watching. Madness.”

“#Gogglebox Jenny just asked Lee if he’d be sad when she went home… you’re telling me the caravan ISNT Jenny’s?!” another upload read.

However, others claimed it had always been known: “#GOGGLEBOX why didn’t people twig it was Lee’s caravan as they do talk about Jenny’s husband occasionally. I thought it was obvious just from that.”

Another tweeted: “I can’t believe people didn’t know that it was his caravan I’ve known for ages. Do people not listen?? #Gogglebox.”

The new episode was the last one of the series, which has been running since 2013.

Jenny and Lee confirmed the news in view of their 166,000 Twitter followers.

They wrote: “Happy #Gogglebox Friday or is it? Sorry Goggleboxers the last episode of this series but we got to the end with the dedication of @Tanialalexander and the team who put Gogglebox together each week in lockdown. Much love JAL.”

Their accompanying video saw them tell fans they were hoping everyone was staying safe as they stood outside the caravan in question, saying they were likely to return to screens in September.

Gogglebox is available to stream now on All 4.

Related posts:
Fashion News
Justin Bieber & 18 More Celebs Who Have Bravely Spoken Out About Battling Depression
I had no idea I was pregnant and gave birth in the bath ALONE – I didn’t even get the urge to push, he just came out
Genius pillow prevents your arm from going numb while spooning your boyfriend
The secret acne cure that’s hiding in your shower
Watch Nina Agdal’s Skin Care Routine
Recent Posts
This website uses cookies to improve your user experience and to provide you with advertisements that are relevant to your interests. By continuing to browse the site you are agreeing to our use of cookies.Ok