Every artist needs their muse, and for reggaeton star Bad Bunny, his inspiration lies in his girlfriend, Puerto Rican model Gabriela Berlingeri.

Born Benito Antonio Martínez Ocasio, the “Yo Perreo Sola” rapper and the model have been romantically linked since photos of the pair attending a basketball game back in March began to make the rounds on social media. Since then, the couple have retained relatively low profiles—although, they have made brief appearances on each other’s social media accounts much to fans delight.

During the coronavirus pandemic and Bad Bunny’s self-imposed quarantine on his home island of Puerto Rico, Berlingeri has served as the superstar’s creative collaborator. And just today, rumors are swirling that the pair are taking their relationship a step further. Speculation surrounding an engagement began to circulate after Berlingeri shared a video filmed by Bad Bunny, in which she debuts a gorgeous, glistening diamond ring upon her wedding finger.

Below, we’re breaking down the need-to-know intel regarding the low-key couple.

Bad Bunny and Gabriela Berlingeri go on a high-profile date to a Lakers game in March. 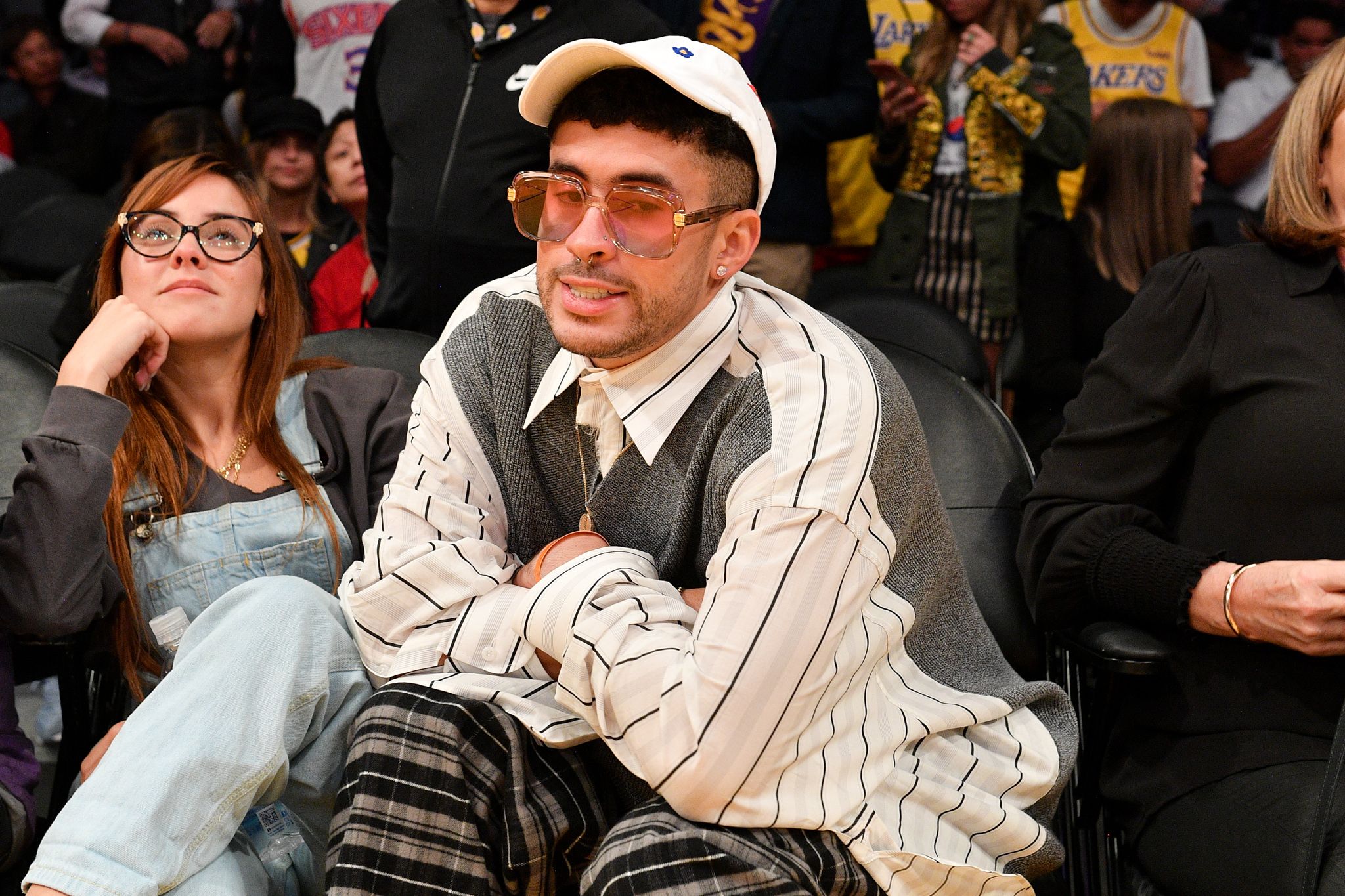 Back in March, Bad Bunny and Berlingeri made their debut as a couple at a Lakers game in Los Angeles. Bad Bunny fans instantly took to social media to uncover Berlingeri’s then unknown identity and later connected the dots learning that she’s a Puerto Rico–based model. Thrust into the spotlight, Berlingeri then faced a fair amount of Twitter scrutiny, with many users critiquing her laid-back appearance.

They creatively collaborate together.

Since the pair began quarantining together at the start of the coronavirus pandemic, Berlingeri has helped support and creatively conceptualize some of the rapper’s most recent photo shoots. In May, Berlingeri shot the accompanying editorial photos that ran alongside the musician’s debut Rolling Stone cover, and her hand made an appearance in a photo as part of Bad Bunny’s history-making digital Playboy cover this summer. She also made a guest appearance on Bad Bunny’s “En Casita.”

They met after one of his shows in Puerto Rico.

Bad Bunny told Rolling Stone that he met Berlinger three years ago following a concert. “It was after I sang at a Zion and Lennox concert, here in Puerto Rico. I met her at some restaurant, while I was eating with my parents and my brothers,” he said. “We started talking and from there, we continued to see each other.”

Berlingeri will often share adorable photo and video updates of the pair’s puppy they co-parent.

Fans are convinced that the pair is now engaged.

After Berlingeri took to Instagram to share a video filmed by Bad Bunny, in which she’s donning a stunning diamond ring upon her wedding finger, fans are thoroughly convinced an engagement announcement is on the horizon.