EDEN CONFIDENTIAL: ‘Turnip toff’ Ollie Birkbeck splits with his wife Laura Trenchard and is having a baby with Sophia Hesketh after whirlwind romance

The so-called ‘Turnip toffs’ who live near the Duke and Duchess of Cambridge’s country retreat in Norfolk were delighted when local stately-home owner Ollie Birkbeck exchanged vows in 2018 with Laura Trenchard, a viscount’s daughter whose family’s own pile, Standon Lordship, is so grand that a rock festival is held in the grounds.

Sadly, I can disclose that their marriage has ended and Birkbeck, 48, is to become a father with Sophia Hesketh, 37, the fashion stylist daughter of former Tory treasurer and sometime Formula One team owner Lord Hesketh, after a whirlwind romance.

‘It’s due next Friday,’ Birkbeck tells me of their baby.

‘It’s a bit mad. We’re nervous — we looked at each other just now and wondered whether we really thought this through. We’ve got a nursery, and we’ve hired some nice ladies to help us look after it.’ 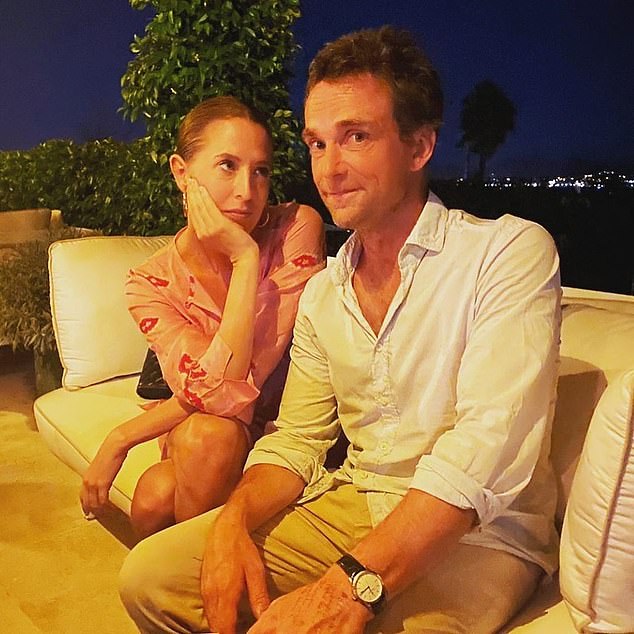 Ollie Birkbeck, 48, is to become a father with Sophia Hesketh, 37, (both pictured) the fashion stylist daughter of former Tory treasurer Lord Hesketh, after a whirlwind romance

The baby was conceived three months after their relationship began. Birkbeck insists his marriage was already over.

He was introduced to Sophia by a prominent ‘Turnip toff’ he declines to name.

‘I just thought I was going out to dinner,’ he says of their meeting. ‘No one told me anything about the blind date.’ 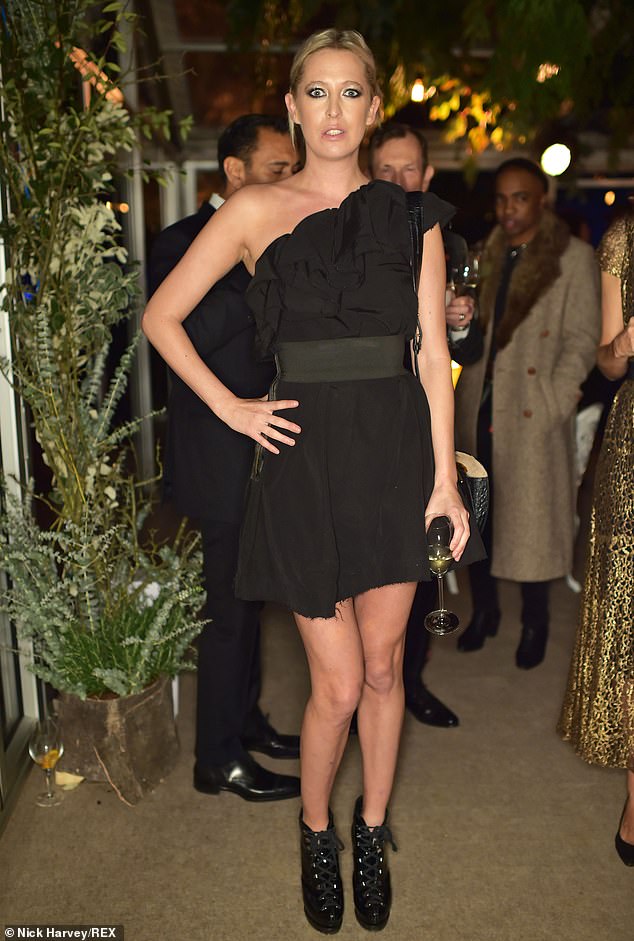 The baby was conceived three months after their relationship began. Birkbeck was introduced to Sophia (pictured in 2017) by a prominent ‘Turnip toff’ he declines to name 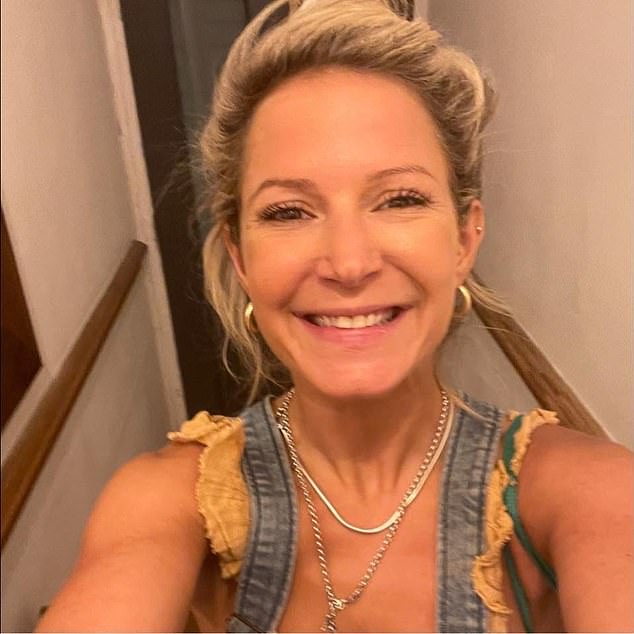 Ollie Birkbeck exchanged vows in 2018 with Laura Trenchard (pictured), a viscount’s daughter. Sadly, I can disclose that their marriage has ended

Close friends include David Cameron and among her exes are Sam Cam’s brother-in-law, Robert Sheffield, and Robie Uniacke, partner of Hollywood star Rosamund Pike Lord Hesketh was so angry about her relationship with Uniacke that he offered £500 to any friend of his who would woo his daughter away from the reformed heroin addict.

Birkbeck claims he remains friends with Laura, 33, who is still pictured with him on the home page of his estate’s website.

But will party-loving Sophia adapt to her quiet new life at Little Massingham House and its 2,000 acres?

The Duke and Duchess of Sussex keep hitting stumbling blocks on their path to world domination.

I hear the California-based couple’s lawyers have pleaded for a six-month extension as they try to prevent their plans to trademark their charity being junked.

But now the legal firm has asked for more time to get their documents in order.

They have been told they must file a ‘statement of use’ showing precise details of how the name will be used in commerce or fundraising.

This is to prevent them just tying up the name with no intention of using it to trade.

A close friend of Boris Johnson’s wife Carrie, Theo, 36, is a descendant of Theodore Roosevelt and was elected at the last election as Tory MP for Stafford, where her husband’s family own stately home Sandon Hall.

Tv chef James Martin is an expert in the kitchen but less handy in the garage.

The star of James Martin’s Saturday Morning reveals he was rushed to A&E this week after a ghastly accident with his motor.

‘I was sorting out the car and went to the garage and did something that I shouldn’t have done with a bit of a car part and I sliced my finger off,’ he tells me at the Fortnum & Mason Food and Drink Awards. 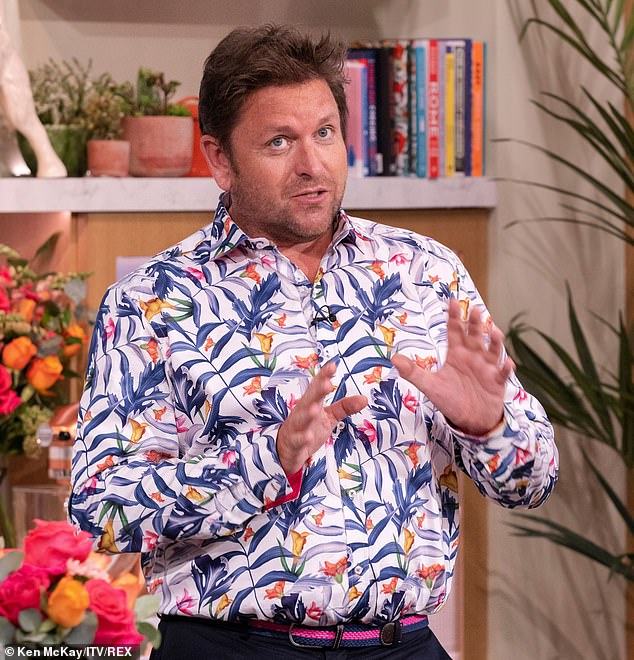 The ITV presenter kept the injured hand out of sight as he picked up his Personality of the Year award at London’s Royal Exchange. ‘It’s a bit of a mess,’ he explains.

Recalling the horrific accident, the Hampshire-based chef says: ‘I sat in the car, thinking, ‘What hospital shall I go to? Winchester or Andover? Luckily, they were both quiet and it just went crazy.

‘I had to go to A&E and have had 12 stitches to put it back together — it wasn’t good. They managed to put the finger back on, but at one point it didn’t look like it was going to happen.’

He adds: ‘It is going to be hard to hide it on TV. I phoned the doc and said, ‘Can I pull the stitches out?’

‘So he videoed me pulling the stitches out and then I Superglued it, but it’s still painful.’

Only a very brave soul would consider pulling a fast one on Hannibal Lecter — but that is just what trickster Gary Oldman did to his pal Sir Anthony Hopkins.

Oldman won an Oscar for his portrayal of Winston Churchill in the film Darkest Hour, so he did not find it difficult to fake the Silence Of The Lambs star’s voice.

Sir Anthony, 83, recounts: ‘Gary Oldman left me a message on my answer machine in London — and I thought it was my voice. He just said, ‘It’s Tony here. How are you?’

‘I thought, ‘I don’t remember leaving myself a message…”