After BBC Breakfast presenter Dan Walker, 43, has wanted a fresh trim throughout the coronavirus lockdown, the host has announced how his wife Sarah Walker “finally agreed” to it. However, the BBC star confessed how he “butchered” his wife’s “amazing job”.

I have butchered it.

Dan announced his news on Twitter to his 658,000 followers by writing: “My wife finally agreed to cut my hair. She has done an amazing job.”

However, the presenter went on to confess how he decided to go a little bit further with the scissors.

Dan explained: “Sadly, I decided to have a little trim of the fringe afterwards and… I have butchered it.

“It is SO bad I can’t even show you an actual picture of the scissor shame.” 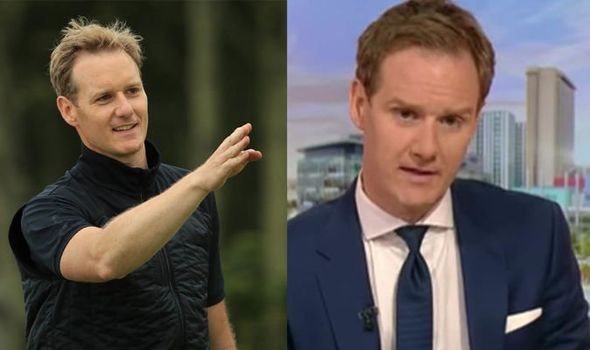 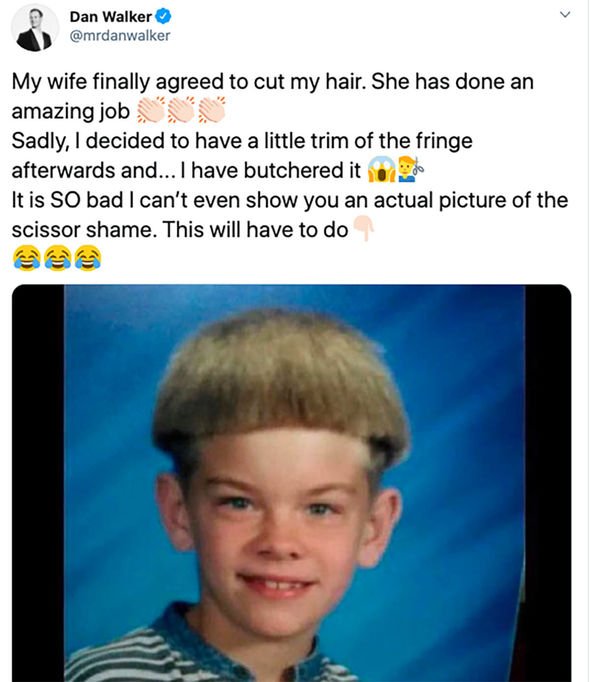 The star updated his followers by posting a candid snap of himself as a child.

Dan concluded his post by writing: “This will have to do.”

Soon after the journalist informed his followers of his hair cut that went wrong, many asked the host to see the real picture.

One wrote to Dan: “Nooooo, you can’t leave it as that! Show us a picture. It can’t be that bad.” 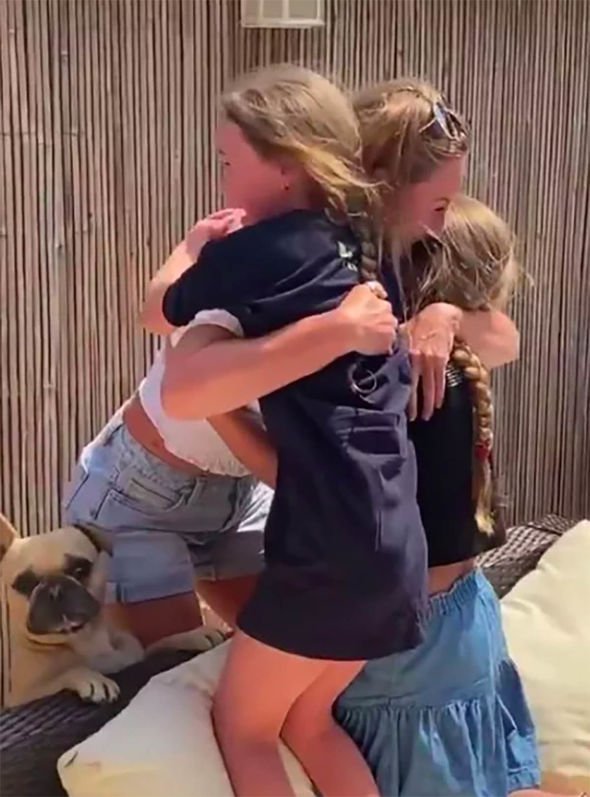 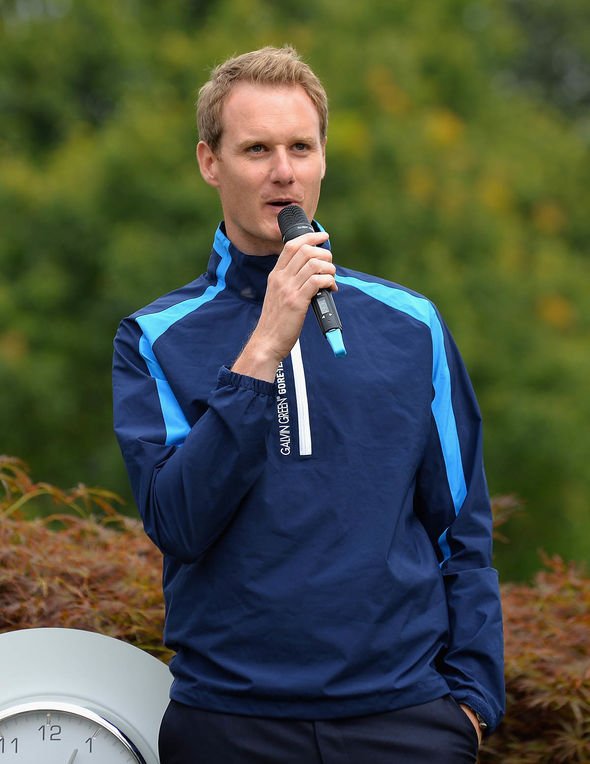 Meanwhile, Dan recently shared an emotional video which showed a frontline worker returning home to their children for the first time in nine weeks.

The journalist wrote: “I wasn’t ready for this.”

The video featured mum-of-two Susie, who is an Operating Department Practitioner at a hospital in Kings Lynn, reunited with her daughters.

The two girls went to stay with their aunt while Susie was working on a coronavirus ward.

After Dan shared the heartfelt clip, fans waded in to express their thoughts.

One fan commented: “None of us were [ready], despite @louiseminchin giving us a warning. Cried buckets.”

Another wrote online: “These videos should really carry a warning! Especially before first work video call of the day!! Lovely!”(sic)

This comes shortly after Dan urged the public to not “lose their heads” following the reports that claimed three people were injured after cliff jumping during the coronavirus lockdown.

It comes after BBC reported that Dorset Police had responded to safety concerns of people who were jumping off a cliff at Durdle Door into the sea on Saturday.

Dan, who was in disbelief at the time, took to Twitter by writing: “What on earth is happening? Let’s not lose our heads.”

One then responded to his message by writing: “It’s the classic ‘Because we can, we will’. Why, people? What is wrong with everyone? Crazy behaviour. Just stay at home, or close to home. That virus is still out there!”