Cindy McCain is the widow of Senator John McCain, but she’s making headlines for a different reason; her new position in the Biden Administration.

For context, the widow of the “Maverick” GOP Senator from Arizona angered Republicans in 2020 when she broke from party lines and endorsed Joe Biden for President. In an interview with the AP about her decision, Cindy noted that the Biden and McCain families had been friends for years. Cindy said, “He [Biden] supports the troops and knows what it means for someone who has served. Not only to love someone who has served but understands what it means to send a child into combat.”

The McCain family also had a rocky relationship with Donald Trump. Trump insulted John for being captured in the Vietnam war. Trump once said about John, “He’s not a war hero. He was a war hero because he was captured. I like people who weren’t captured,” in case you forgot. Cindy’s endorsement of Biden made Trump angry, leading the Arizona Republican Party to censure her. After this occured, Cindy tweeted, “It is a high honor to be included in a group of Arizonans who have served our state and our nation so well … and who, like my late husband John, have been censured by the AZGOP. I’ll wear this as a badge of honor.”

Well, she now has a new badge of honor! Keep reading to find out about Cindy’s new role in the Biden administration. 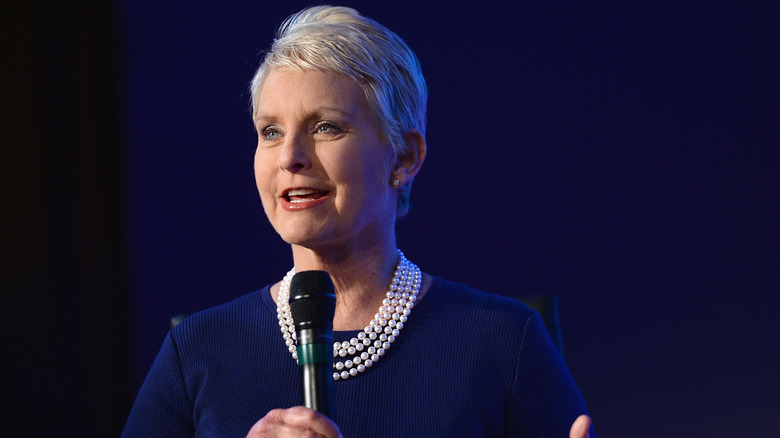 On June 23, The Washington Post reported that President Joe Biden nominated Cindy McCain, the widow of Senator John McCain, as U.S. Representative to the United Nations Agencies for Food and Agriculture. According to CNN, Cindy would represent the United States in a “specialized UN role focused on ending global hunger and expanding access to quality foods worldwide.” On June 23, Cindy tweeted, “I am deeply honored and look forward the work ahead.”

According to The Washington Post, if Cindy is confirmed, she will go to Rome as the envoy to the United Nations Agencies for Food and Agriculture, supervising three UN agencies. Per CNN, the choice “underscores Biden’s push for bipartisanship in Washington.”

“President Biden is officially nominating Republican Cindy McCain to be Ambassador to the U.N. World Food Programme, because he makes his decisions based on the quality of a person’s character, rather than the letter that’s next to their name. That’s called ACTUAL bipartisanship,” one Twitter user wrote. “Excellent choice!” former Senator Jeff Flake chimed in. “Congratulations Mom,” Meghan McCain posted.

According to the Associated Press, before he was a senator, Cindy’s husband John was a military aide for (former) Senator Joe Biden. The Bidens introduced Cindy and John to each other. Now, their working relationship is continuing in a big way.