Man, Chrissy Teigen isn’t dealing with enough drama right now? She has to get accused of plagiarism, too??

As you probably saw, either on Twitter or right here, Chrissy responded Monday night to an apology from food writer Alison Roman after sort of putting the New York Times columnist on blast for the somewhat shady comments she had made in a recent interview.

Ultimately she just said she wanted to get past it all and left followers with her hope for everyone involved, herself included, to “learn from the dumb s**t we have all said and done.”

Seems like a reasonable way to turn down the heat on that beef, right?

Unfortunately one Twitter user wanted to kick up a new drama, responding to her tweets:

“You can’t cook or not copy someone’s idea from their cookbook! It’s copying even tho you changed one thing! Come up with your own s**t! Ya f**king bum! Chef Mike saw your s**t and might file a suit! I just saw you review and he called me! Stick with your Phillipino s**t.”

We honestly have no idea why Chrissy even responded to this; it’s vulgar and racist and extremely ignorant. (Chrissy isn’t even Filipino, she’s Norwegian and Thai, and anyway that doesn’t limit what a person is allowed to cook!)

But maybe she was in a defensive mode because she responded by calling the stranger’s bluff, saying sarcastically:

“No idea who chef mike is but he probably wouldn’t be happy to learn that you, a friend of his worthy of calling, is outing him about his impending lawsuit.”

Was the tweeter referring to Chef Mike Haracz (above, inset), a former Manager of Culinary Innovation for McDonald’s who has a brand new YouTube channel — only a month old — called Chef Mike Does Stuff?

How Chrissy could have copied something in her two books from a guy who wasn’t even in the game yet, we have no idea! LOLz!

Then again, he has not said anything about this on his own socials so far as we can tell. There are probably a lot of guys who go by “Chef Mike” so maybe it’s not even him??

The commenter doubled down, claiming this Chef Mike had once cooked for her — and accused her of stealing from others as well.

“Chrissy, just use YOUR talents and not others. That’s all I’m saying! I guess you pissed off a lot of people who have worked their whole lives in the field, and you step in and use their ideas as your own. Atleast credit the person or persons the idea came from?friends?”

“Oh and he called me because his NY restaurant is closed and was reading the article about you and that sparked his rage. Yes, he cooked for your family too. I told him he should do a virtual restaurant show, to show the cooking to table and how things work.”

“please tell me who this chef mike is? so I can speak to him? I have never stolen a recipe from anyone and I actively talk about the restaurants I love. imagine the ego to think someone is copying you when they haven’t heard of you?”

But the commenter apparently couldn’t tell her who he was talking about without asking permission first? He responded:

“Ohhh ya ! He has a huge F’in ego!! Let me talk to him to see if I can give his info to you and you can call him…Like I said we were talking and he just went off on that article. Ya I make jokes, but no harm.”

Frankly, we’re surprised Chrissy even amplified this nonsense by responding. But the Chrissy’s Court host seems genuinely interested in settling this. Like we said, she seemed to have been in a “moving forward” mood.

How do YOU think celebs should respond to these sorts of brazen accusations with absolutely no receipts? 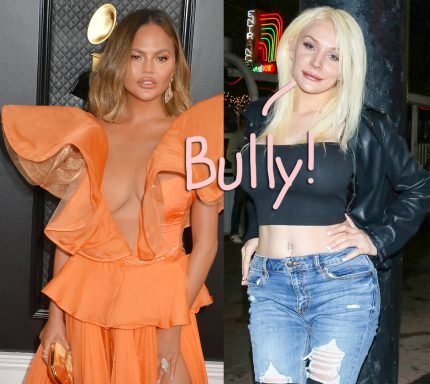 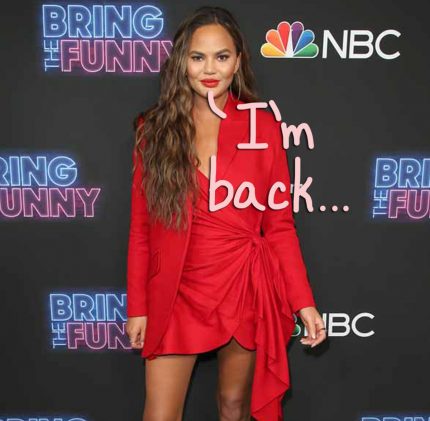 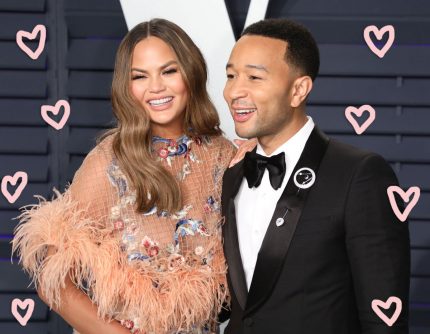 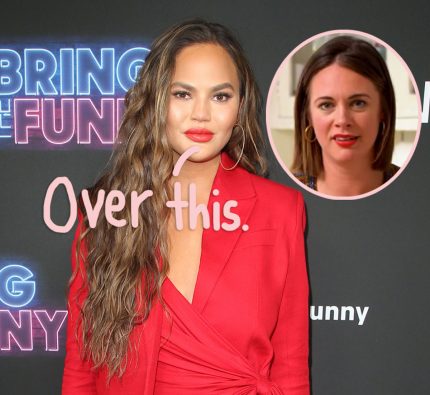