Britney Spears is “celebrating” the latest developments in her ongoing conservatorship case.

The singer took to Instagram on Wednesday to share her gratitude for her fans in a gleeful post, all in response to a judge’s decision to allow her to hire her own legal representation.

“Coming along, folks … coming along,” Spears wrote in the caption, alongside clips of her riding a horse and doing cartwheels in a park, all set to KT Tunstall’s “Black Horse And The Cherry Tree.”

“New with real representation today … I feel GRATITUDE and BLESSED !!!!” Spears continued in her caption. “Thank you to my fans who are supporting me … You have no idea what it means to me be supported by such awesome fans !!!! God bless you all !!!!!”

The singer added, “This is me celebrating by horseback riding and doing cartwheels today 🤸‍♂️🤷‍♀️🐎 !!!! #FreeBritney”

This is believed to be the first time the singer has publicly used the hashtag. 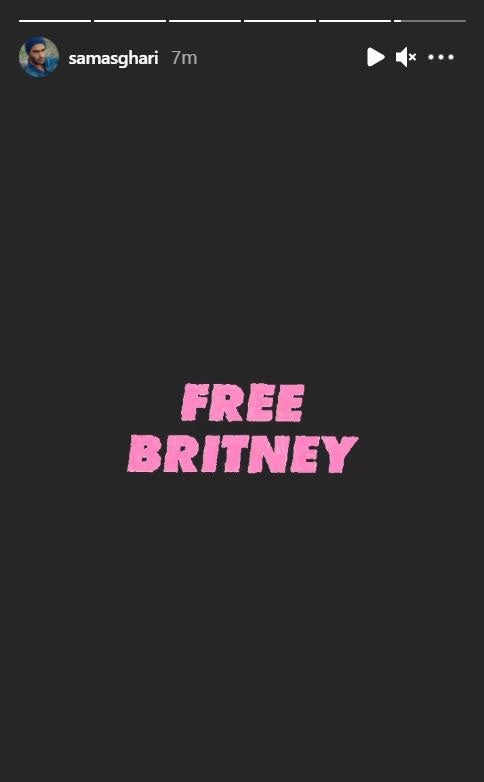 Spears originally requested the right to hire her own attorney during her testimony at a hearing on June 23, at which point she was represented by her court-appointed attorney of 13 years, Samuel Ingham, who has subsequently resigned.

Legal expert Rachel Stockman spoke with ET on Wednesday and said that Judge Penny’s decision to let Spears hire her own attorney is “a real gamechanger.”

“Britney Spears finally gets to hire her own attorney, her own advocate to fight for her. She gets to choose someone, she gets to vet the background, and she gets to make that decision,” said Stockman, president of the Law&Crime Network. “I think it’s a big move and I think it’s a really important one.”

Check out the video below to hear more.