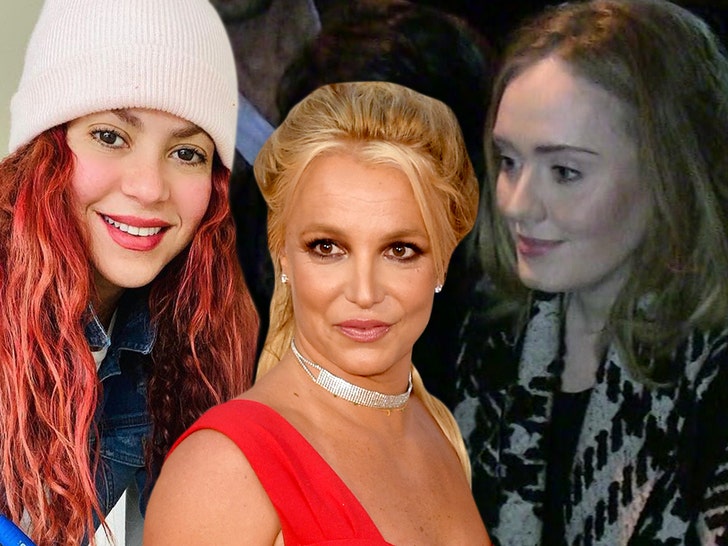 Britney Spears was at the top of her game — and at the top of album sales in her respective category — before she was in a conservatorship, and even during … which mucks up the argument of whether the apparatus was hindering her career in any real way.

Somebody posted a video of a graph over time, depicting Britney’s album sales compared to her contemporaries between 1999 and 2017 … and it’s clear that she was the queen of “Diva Pop” during that run, a good chunk of which was during her court-ordered conservatorship.

Remember, Britney splashed onto the scene in the late ’90s … and was a tour de force-type artist in the early-to-mid 2000s. But, after 2008 — around the time Britney’s conservatorship was put into place — she was STILL the reigning queen in album sales (worldwide) when stacked up against fellow singers like Shakira, Christina Aguilera, P!nk, J Lo, Gaga, Beyonce … and eventually, the one female pop star who came along to overtake ’em all — Adele.

BTW, we checked the numbers here … and this video appears to be fairly accurate as far as who was on top and when — again, relating to worldwide album sales in this respective window. Even as late as 2017, Britney was beating out the competition … which is wild.

So … what does this all mean??? Depends on who you ask, we suppose. On the one hand, you could argue the conservatorship hasn’t really harmed her professionally — as she was clearly very successful even after being placed in it. In fact, we’ve heard her father, Jamie Spears, say he actually helped whip her finances into shape again following her breakdown.

With that said, it’s become obvious that Britney wants out — she said as much this past Wednesday — and seems to be putting her professional life on hold until she gets her way.

The court still needs to go through a strenuous process to see if she’s truly up for that. But, based on these numbers, it would seem people are going to listen to (and more importantly, buy/download) Britney’s music no matter what. Perhaps even more so, after this saga.