As one of America’s most popular soap operas, The Bold and the Beautiful has been entertaining audiences for decades.

The show, which features an ensemble cast of acclaimed actors, first debuted on television in the late eighties. It was originally conceived as a “sister show” for The Young and the Restless, another iconic soap opera – but in the years since it first premiered, The Bold and the Beautiful has eclipsed even that show in popularity and remains one of the most-watched programs on TV.

Recently, one of the show’s stars recorded a special video message to fans in honor of the 30th-anniversary episode — and her emotional tribute made fans just a bit weepy.

Why is ‘The Bold and the Beautiful’ so popular? 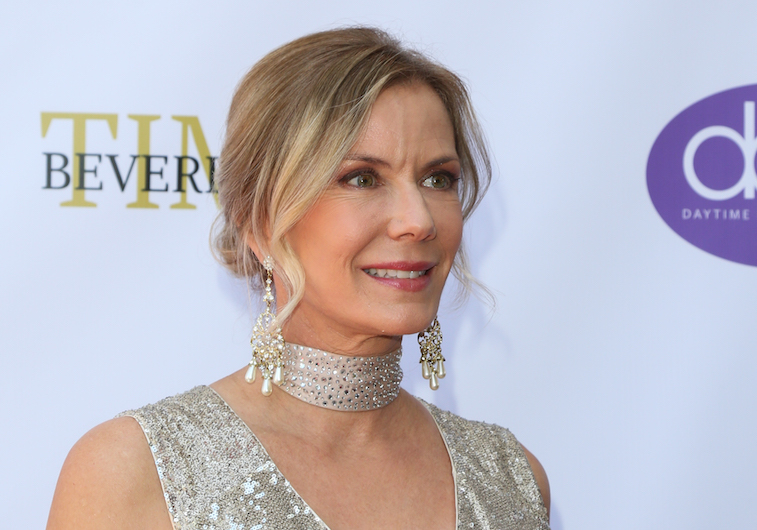 For over thirty years now, The Bold and the Beautiful has been one of the top shows on television. Since it exists in the same universe as The Young and the Restless, showrunners have found plenty of opportunities for drama. The show primarily centers around the wealthy, fabulous, Forrester family, proprietors of a Los Angeles-based fashion house.

Over time, the show has expanded to include a wealth of supporting characters and other families, many of whom are intent on dethroning the Forresters as the reigning kings and queens of California.

As with any series that has been on television for as long as The Bold and the Beautiful has been, the cast has undergone some serious shakeups over the years. Most of the original cast members have moved on to other projects – excepting two of the series leads, John McCook, who plays patriarch Eric Forrester, and Katherine Kelly Lang, who plays Brooke Logan.

Katherine Kelly Lang was known as an iconic California girl well before she made her debut on The Bold and the Beautiful. Born in Hollywood in 1961, Lang began her acting career in the late seventies, appearing in television shows such as Happy Days, The Fall Guy, and 1st & Ten. Her blonde good looks made her difficult to ignore, and she also made appearances in a variety of music videos.

In 1987, Lang was cast in The Bold and the Beautiful. Her character, Brooke Logan, has been one of the main cast members ever since the show’s beginning, and her long-standing, often problematic relationship with Eric Forrester has led to many of the show’s more memorable moments. Her character has become iconic in the world of soap operas, and Lang has even played Logan on other TV shows, including The Young and the Restless.

What did Katherine Kelly Lang recently say to the show’s fans?

There’s no doubt that Katherine Kelly Lang is a fan-favorite, and she doesn’t hesitate to show her love for the show that has given her fame and acclaim. In the past, she has admitted that the show makes her happy and that when she films episodes of The Bold and the Beautiful, it feels like “coming home.”

Recently, Lang made a special video tribute for the fans of The Bold and the Beautiful in honor of the show’s special thirtieth-anniversary episode, which originally aired in 2017 and featured Liam Spencer’s marriage to Steffy Forrester.

In the video, which was posted to the show’s social media accounts, Lang shares her love for the fans of the show, imploring them to “stay safe and stay sane” in the wake of the COVID-19 pandemic. She reminded viewers that everyone is “in this together.”

Fans reacted positively to the video, sending her love right back in the comments on Twitter. Her obvious love and appreciation for the fan base is probably one reason why The Bold and the Beautiful remains one of the most beloved shows of all time.