Bella Hadid’s parents, Yolanda Hadid and Mohamed Hadid, have been slammed for allowing their daughter to have a nose job at the age of just 14. 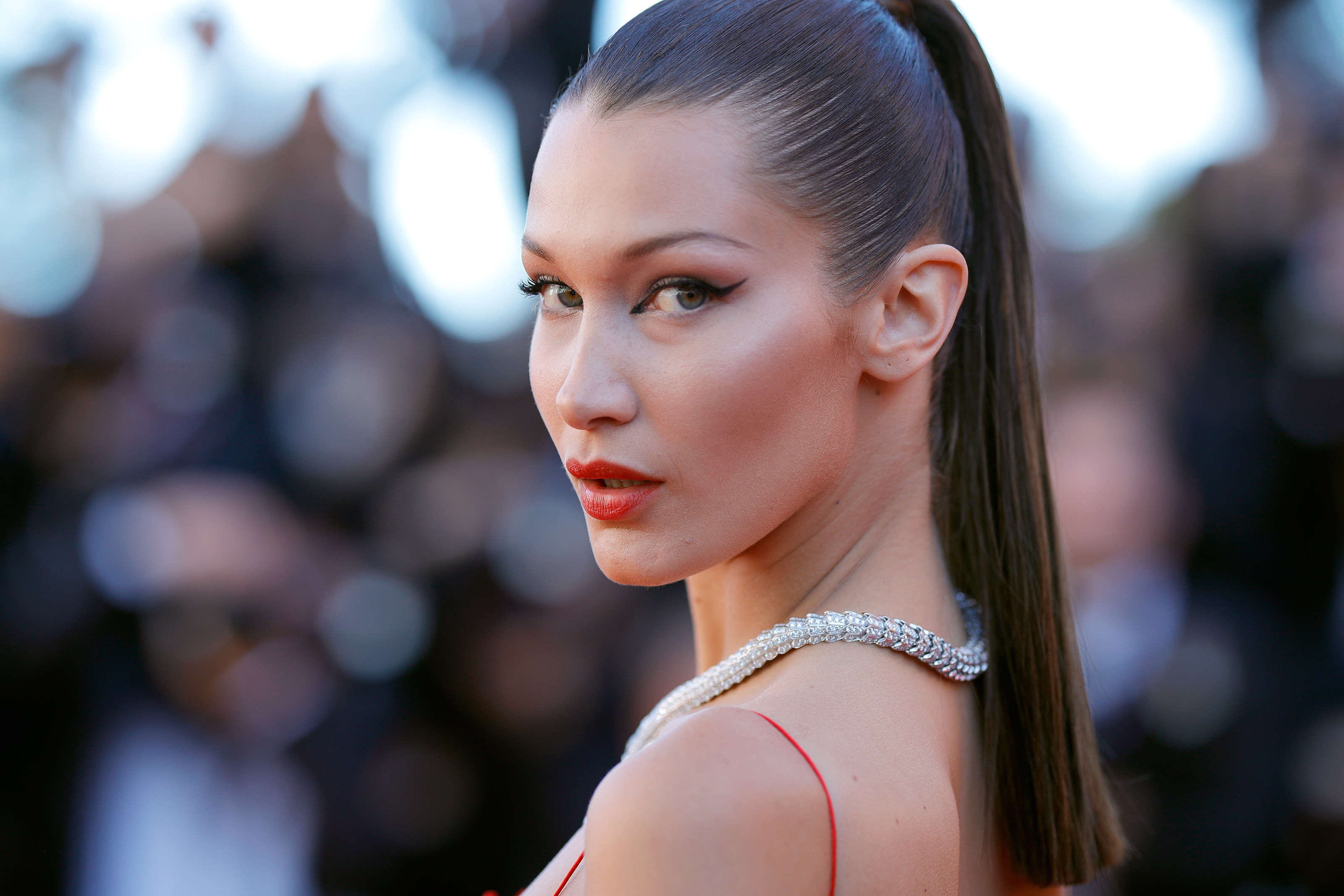 The model, now 25, revealed in a recent interview that she regrets going under the knife as a young teenager when she was insecure about her nose.

‘I wish I had kept the nose of my ancestors,’ she told Vogue US, explaining she now believes that she would have ‘grown into it’.

Bella is the daughter of Dutch-American Yolanda, and Palestinian Jordanian Mohamed, who are both now facing severe criticism for letting their child have the surgery.

Fans took to Twitter in their droves to slam both parents, particularly mum Yolanda, who has in the past been accused of ‘body-shaming’ her other daughter Gigi in a resurfaced clip from the Real Housewives of Beverly Hills.

In the clip, Yolanda argued with Gigi for two minutes because her daughter wanted to eat a slice of her own birthday cake while her mum pressured her to be ‘on her best weight’.

One Twitter user pointed out that Yolanda ‘didn’t want gigi eating from her own bday cake but approved and signed a parental permission for her 14yo daughter’s nose job (sic).’

Another said she felt ‘so sad’ for Bella as she had spoken in the past about how ‘she always felt like a black sheep/outsider in her family,’ and her parents had ‘basically [confirmed] her thoughts by letting her get a nose job at 14.’

They added that ‘every 14yo child is gonna be insecure no matter what instead of sending your daughter to a plastic surgeon maybe try being a good parent (sic).’

One outraged Twitter user echoed these sentiments by asking simply: ‘who looks at their 14 year old daughter and thinks nose job??? (sic).’

Others took aim at the doctor who performed the surgery itself, with one furious person stating ‘whatever doctor let a 14 year old go under the knife for a cosmetic nose job needs their license revoked (sic).’

‘A doctor who gives a nose job to a 14 yr old deserves jail (sic),’ another suggested.

Another person praised Bella for being ‘open and honest about her ethnic features and changing them,’ saying it ‘made me feel better about my nose’.

They explained: ‘It feels comforting as a girl with ethnic features feeling pressure to change my nose.’