BBC meteorologist Matt Taylor, 41, has long been the face of our weather reports, bringing us the latest on the weather front, good or bad. But being a weather reporter for one of the largest broadcasters in the world comes working unsociable shifts, something Matt admitted could be “crippling” at times.

But he admitted while the hours are unsociable, shift work isn’t all bad.

Taking to Twitter, the meteorologist shared some unseen photos of a breathtakingly quiet central London past 10pm.

The series of pictures included empty streets and a surprising deserted train station. 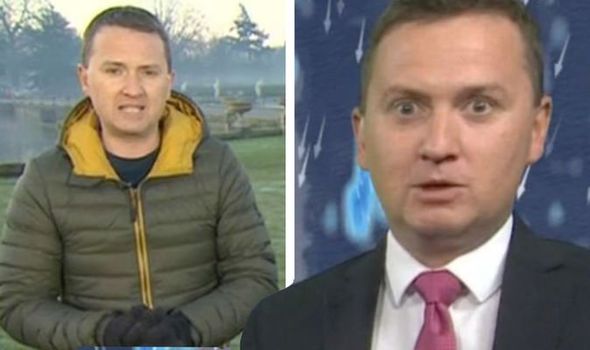 “Shiftwork can be crippling sometimes but I do get to see central London in a way many others don’t,” he gushed over his imagery.

And he wasn’t the only one as fans rushed to the comments section to appreciate the “beautiful” photographs.

“London looks so lovely at night,” one said.

Another added: “You’re pretty lucky in seeing it like that. Nice.” 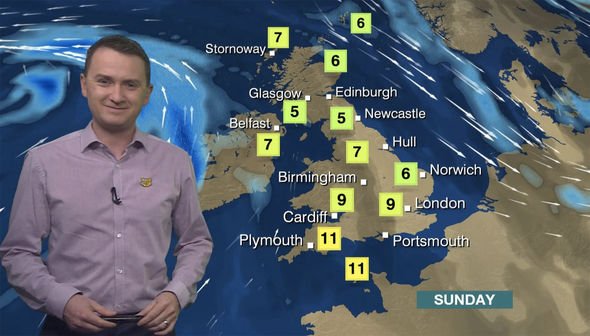 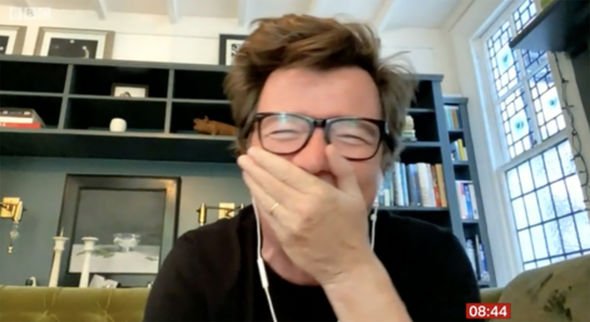 “Like in the first lock down. Cycling through town early on a Sunday morning was magical/slightly eerie,” a third commented.

During an early stint on BBC Breakfast, Matt was left cringing after he insulted a guest without knowing he was going to be appearing on the show.

Iconic 1980s singer Rick Astley tuned in via video link to speak to hosts Charlie Stayt and Louise Minchin, and was left in hysterics when he overheard Matt’s admission.

After his weather report, Charlie Stayt asked Matt if he liked Rick Astley’s music, and was horrified when he said he “wasn’t a fan.”

Honest Matt responded: “Erm, not a massive one.”

“Well, that was the wrong thing to say,” Charlie joked as Louise winced at the awkward blunder.

“He’s listening and he’s coming up in just a moment!

“I’ll ask you again, are you a Rick Astley fan?”

Matt’s face fell as he hurriedly replied: “Love Rick Astley. The best. Grew up with him.”

“Great, he’s coming up next so he’ll be grateful to hear that,” Charlie giggled, playfully adding: “He heard everything you said, Matt. The damage is done.”

The show then cut to Rick on a video call and he was in hysterics.

BBC Breakfast airs weekdays from 6am on BBC One.