Fans of The Chase star Anne Hegerty, 62, have grown accustomed to the quiz genius’ funny one-liners and scathing witticisms, which make up her on-screen persona The Governess. But it seems her TV alter ego’s attitude knows no limits as she took aim at US president Donald Trump with an almighty yet “hilarious” swipe.

Well, obviously, when every page of a book has several lift-up flaps, it is going to take you longer to read

Taking to Twitter, she left fans in hysterics as she used her talent for humorous zingers to take a pop at the world leader’s intelligence.

After a CNN correspondent reported an excerpt of the Whitehouse Chief of Staff’s statement about the president, Anne struggled to hold back.

“’The president is not only well-prepared, but reads so much that it causes me to have to read many times well into the night to catch up with him.’”

Someone else replied: “What level of a lack of self-respect does it take to utter these words?”

But Anne had an answer. 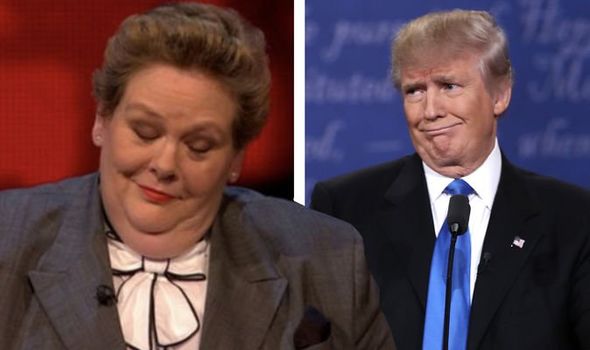 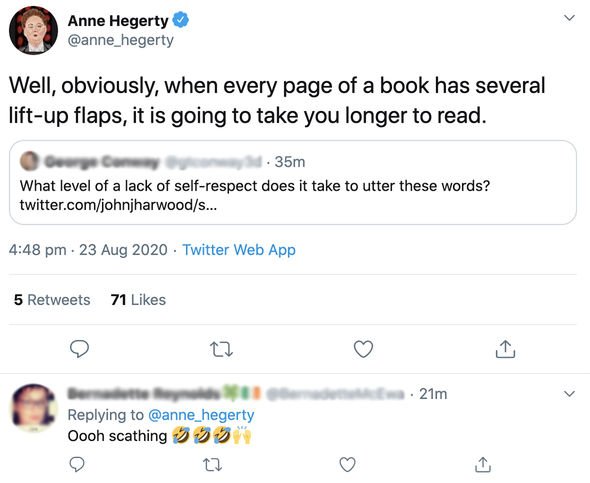 “Well, obviously, when every page of a book has several lift-up flaps, it is going to take you longer to read,” she wrote.

Fans erupted with laughter has they applauded her for the joke.

“Oooh scathing,” one giggled with a stream of laughing faces. 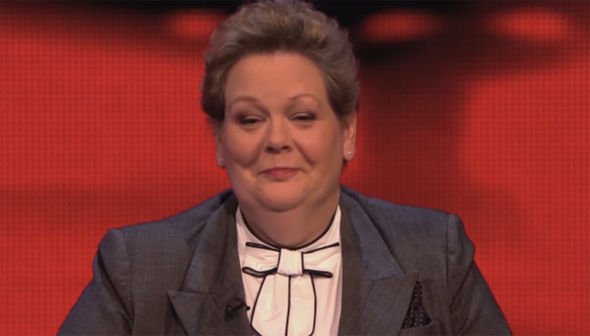 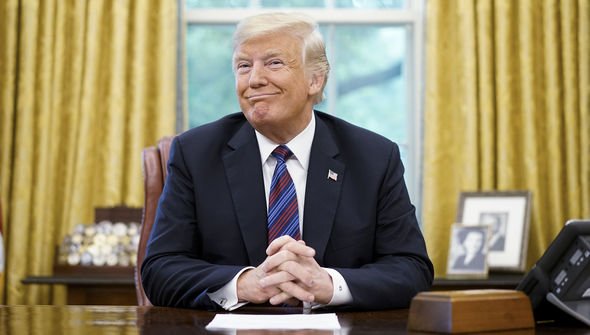 Someone else’s curiosity got the better of them and proceeded to ask her what her favourite book is.

Responding with yet another swipe at the controversial president, she said: “Almost certainly not anything Trump’s read.

Anne’s up-tight yet incredibly sharp on-screen alter ego took a hit from ITV host Bradley Walsh recently, after he made a sly jibe about her appearance.

All done in jest, he couldn’t resist getting the first word in by taking a little swipe or two at the Chasers, where he announced that Anne looked like a “Russian shotputter”.

As her intro popped up on-screen as the first contestant was about to face the episode’s quiz genius, Bradley quipped: “Or is it The Governess, she’s got the body of an athlete, a Russian shotputter.”

The joke brought murmurs of laughter from the players and ITV studio audience, with the contestants left open-mouthed in shock.

But he wasn’t done there as he added: “Named Vlad the Bad, I just added that bit on. I thought it added something to it, it doesn’t.”

When it was revealed to be Anne taking to the hotseat, the host seemed rattled by her presence and quickly tried to backtrack.

“Wish I hadn’t have said that now!”

Used to the jokey back and forths with the host, Anne appeared unmoved by his joke, giving her usual eye-raise.