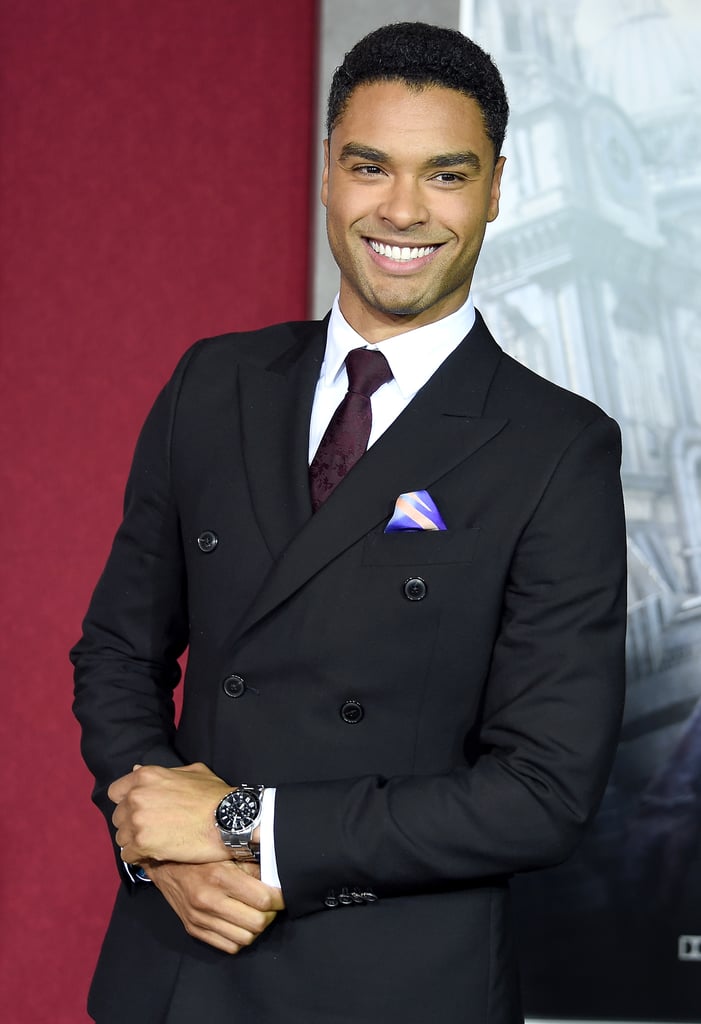 He Could Light Up a Room With His Grin

The moment we laid eyes on Regé-Jean Page, it was all over. Between his roles as Chicken George on Roots, Leonard Knox on For the People, Chico in Sylvie’s Love, and Simon Basset on the Netflix series Bridgerton (which is currently streaming), it’s hard not to be drawn in by Regé-Jean’s piercing gaze and dazzling smile. The 31-year-old British-Zimbabwean actor is so charming, he could even make reading the phone book a work of art.

Not only is Regé-Jean devastatingly handsome, he’s also witty on social media. We came for the thirst traps on his Instagram, but stayed for the hilarious captions and uplifting posts. That’s right — Regé-Jean frequently takes the time to speak out about topics that are important to him, like representation and toxic masculinity. When they say “Get you a man who can do both,” they mean Regé-Jean. Come on, did you see his stint on Saturday Night Live? If all the recent Bridgerton and Sylvie’s Love content has left you thirsting after this gentleman, the pictures ahead will surely leave you satisfied.