Fans are crazy in love with Zendaya’s look.

During the 2021 BET Awards, the actress wore a lengthened version of the Versace dress Beyoncé donned during her iconic performance of “Crazy in Love” at the 2003 BET Awards. She paired the dress with purple Stuart Weitzman heels and Bulgari yellow and white diamond earrings and ring.

Zendaya posted the full look to her Instagram, captioning one of the photos “Crazy in love.” She also uploaded a short clip of herself strutting in slow-motion accompanied with the caption, “2003.”

On her Instagram stories, Zendaya also uploaded an image and clips from Beyoncé’s performance in 2003. Law Roach, the actress’ longtime stylist, posted the same photo and video on his personal Instagram account. “Paying homage to the Queen Beyoncé wearing @versace SS2003 ….. get you a stylist with a ARCHIVE!!!!” he captioned the video.

Beyoncé first wore the dress 18 years prior for her first solo BET Awards performance, singing her breakout single “Crazy in Love” alongside her then-boyfriend Jay-Z, who collaborated with her on the song. 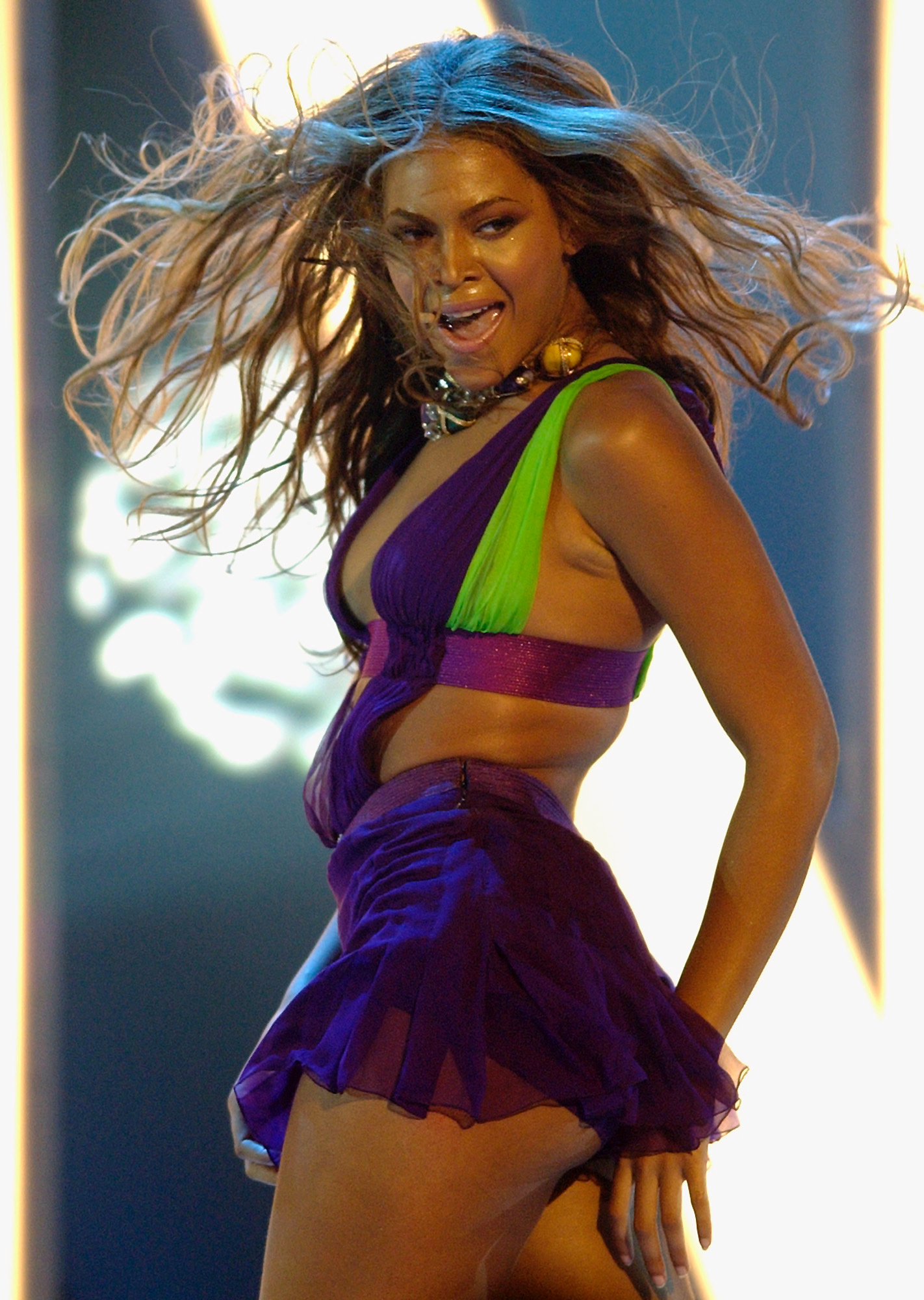 The 2021 BET Awards on Sunday was one of the first in-person awards shows taking place amid the pandemic as nominees across film, music and sports gathered in Los Angeles.

The theme for this year’s awards show was the “Year of the Black Woman,” which celebrated and honored the influence many Black actresses and singers have had on culture. The night’s top nominees included Megan Thee Stallion, who received seven nominations, and Cardi B, who received five nominations. The awards show also honored actress and musical artist Queen Latifah with the Lifetime Achievement Award.

All the Striking Fashion Moments From Beyoncé’s ‘Black Is King’