LONDON — Zara — with help from Fabien Baron — is highlighting the work of Peter Lindbergh in a Tribute collection of T-shirts and sweatshirts showcasing some of the photographer’s most famous black-and-white images.

Baron, a longtime friend of Lindbergh’s and creative director on the project, worked with the photographer’s son Benjamin on picking the images. They feature Kate Moss, Amber Valletta, Linda Evangelista, Helena Christensen and Lynne Koester.

All proceeds from the collection will benefit the Franca Fund, named for the late Franca Sozzani, the longtime editor of Vogue Italia.

The fund supports work on preventive genomics and, specifically, the Global BabySeq Project, a pioneering genome sequencing project undertaken by Brigham and Women’s Hospital and Harvard Medical School. It is focused on accelerating preventive medicine and addressing racial disparities within the field of genomics.

The Zara shirts are packaged in a custom designed, reusable box and have been produced in a limited edition. They go on sale on Thursday at zara.com, priced at $39.99.

In an interview, Baron said the idea originated with Marta Ortega, a member of the family that founded and owns Zara.

She’s a Lindbergh fan, had wanted to do something meaningful for him and to make his legacy accessible to everyone. Baron said it made sense as “Zara talks to everybody” through the brand and the stores, “and they’re also so generous. It is a really positive thing they are doing.” 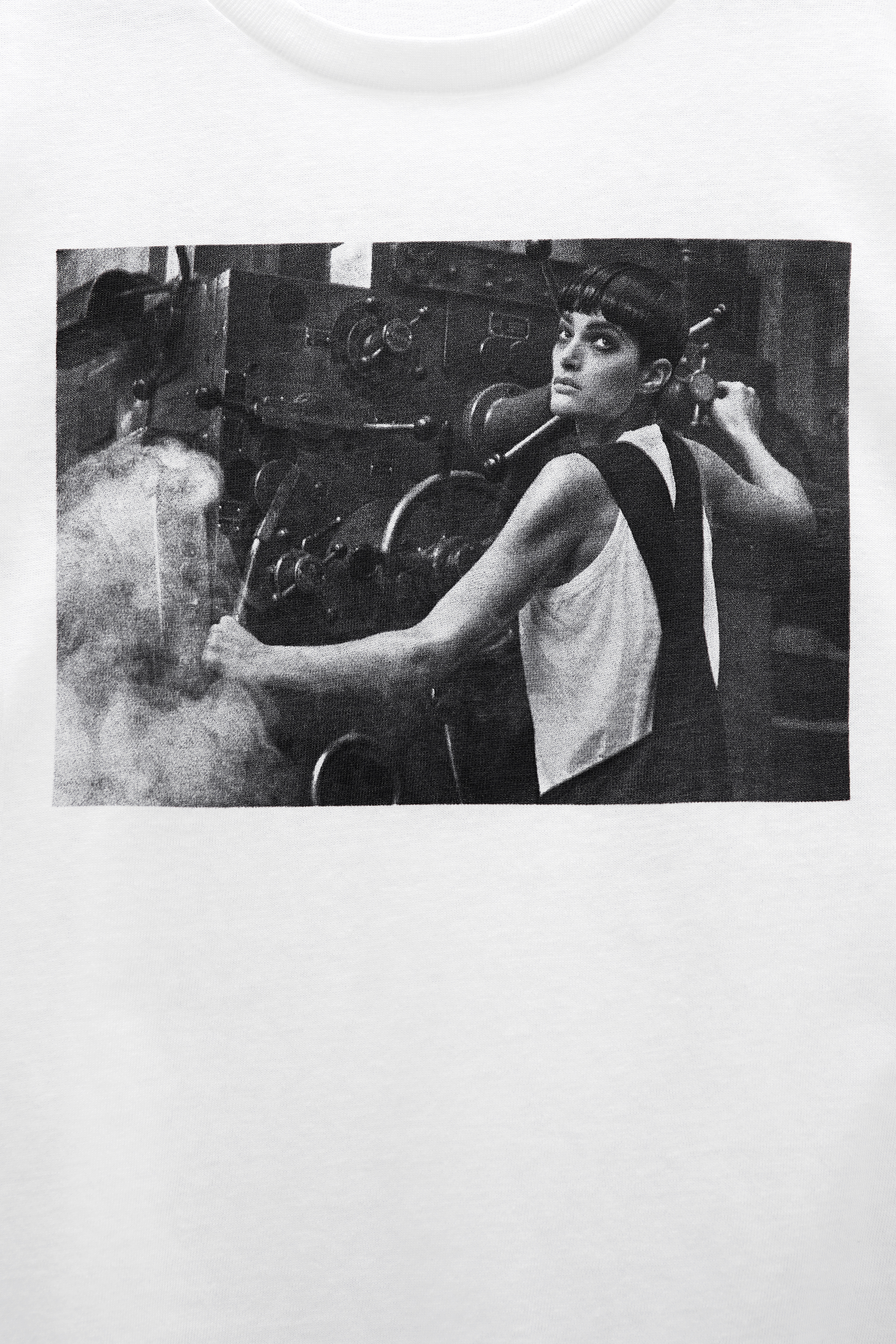 A 1984 image by Peter Lindbergh of Lynne Koester which appears on one of the T-shirts. Image Courtesy of Zara

Baron worked with Benjamin Lindbergh on picking the images, and said it all came naturally. “We worked together so many times, and I know [Peter’s] work,” said Baron, adding that it was the Peter Lindbergh Foundation that decided that the money should go to the Franca Fund.

He said Sozzani and Lindbergh “were, each in their own way, true legends in the industry and responsible for some of the most iconic fashion images made over these past decades. Their creative partnership was based on trust, excellence and always challenging the status quo.

“I miss them both more than words can say, and am honored that perhaps this project helps introduce a new audience to their work, as well as helping address some of the social change that Franca, in particular, felt so passionate about.”