Timothée Chalamet took sexy to a whole new level with his 2022 Oscars look. The ‘Dune’ star wore a stylish sequined jacket but had no shirt on underneath.

Timothée Chalamet definitely made a statement with his Oscars look — a very sexy one at that. The 26-year-old Call Me By Your Name star hit the red carpet in a black sequined jacket but no shirt on underneath. Yes, you read that right. Timothée and no shirt. Timothée was truly the definition of hot with this Oscars look. 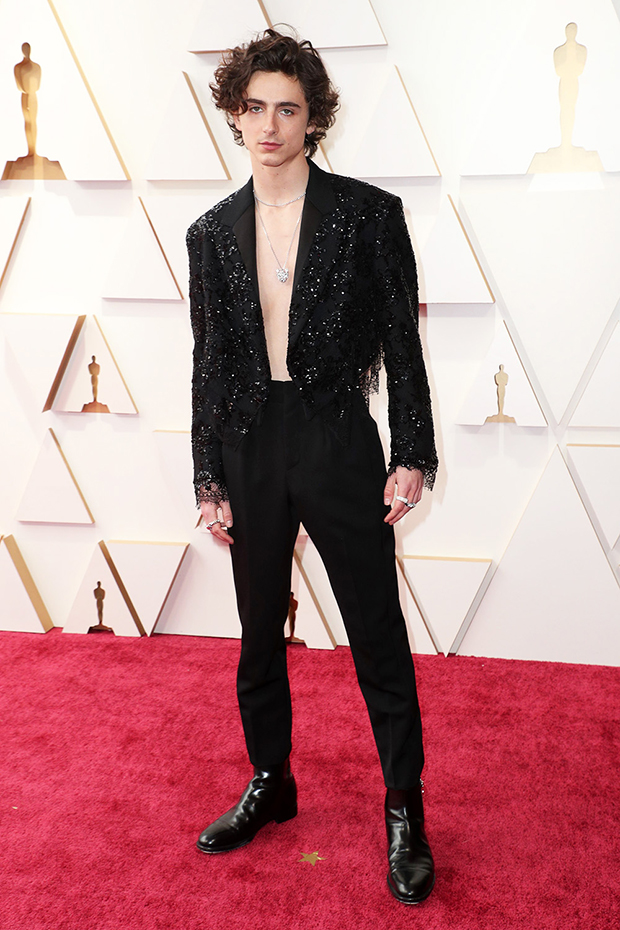 The actor was adorned with all kinds of Cartier jewels. He wore an 18-carat white gold necklace bracelet that also included emeralds, diamonds, and onyx. Timmy didn’t stop there. He also rocked several Cartier rings. Timothée let his lack of shirt and jewels do the talking at the Oscars.

When it comes to menswear, Timothée continues to push the envelope in exciting and creative ways. This no-shirt look is giving off vibes that are reminiscent of his 2019 Golden Globes look. Timmy turned heads when he rocked a Louis Vuitton harness.

Timothée is part of the cast of Dune, which is nominated for Best Picture. Timmy’s co-star, Zendaya, was also at the Oscars. Like Timothée, she slayed with her Oscars look. Zendaya wowed in a silk crop top and a high-waisted sequined skirt.

Zendaya and Timmy are gearing up to start filming the high-anticipated Dune sequel. The movie already has a release date of October 20, 2023. The pair may be joined by Florence Pugh, who is reportedly in talks for the role of Princess Irulan Corrino. This would mark a reunion for Florence and Timothée, who co-starred in the critically-acclaimed Little Women back in 2019. 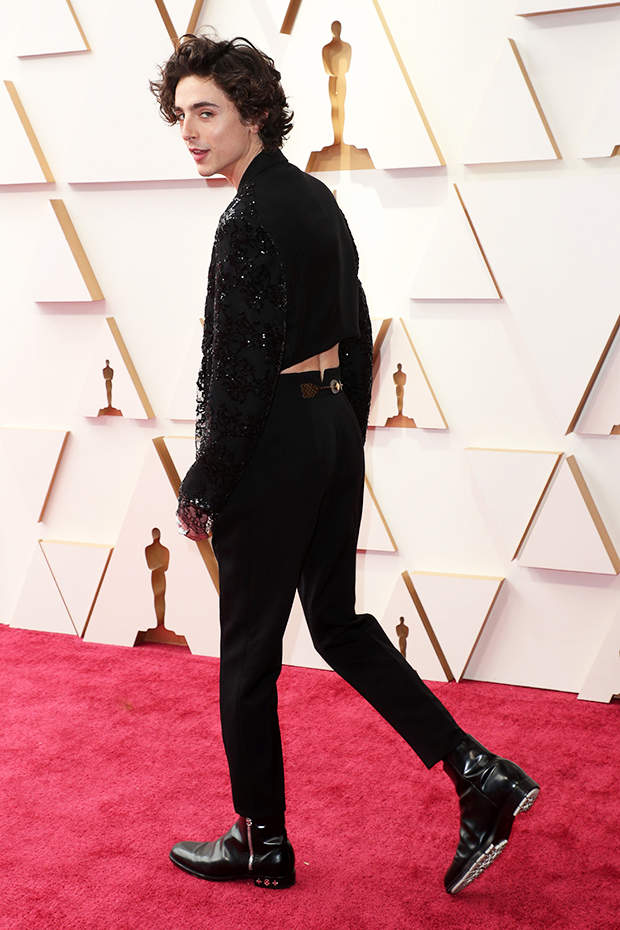 On top of the Dune sequel, the actor just wrapped up filming the Willy Wonka prequel. He plays a younger version of the iconic character originated by Gene Wilder. He also finished filming Bones and All, his latest film with Call Me By Your Name director Luca Guadagnino.