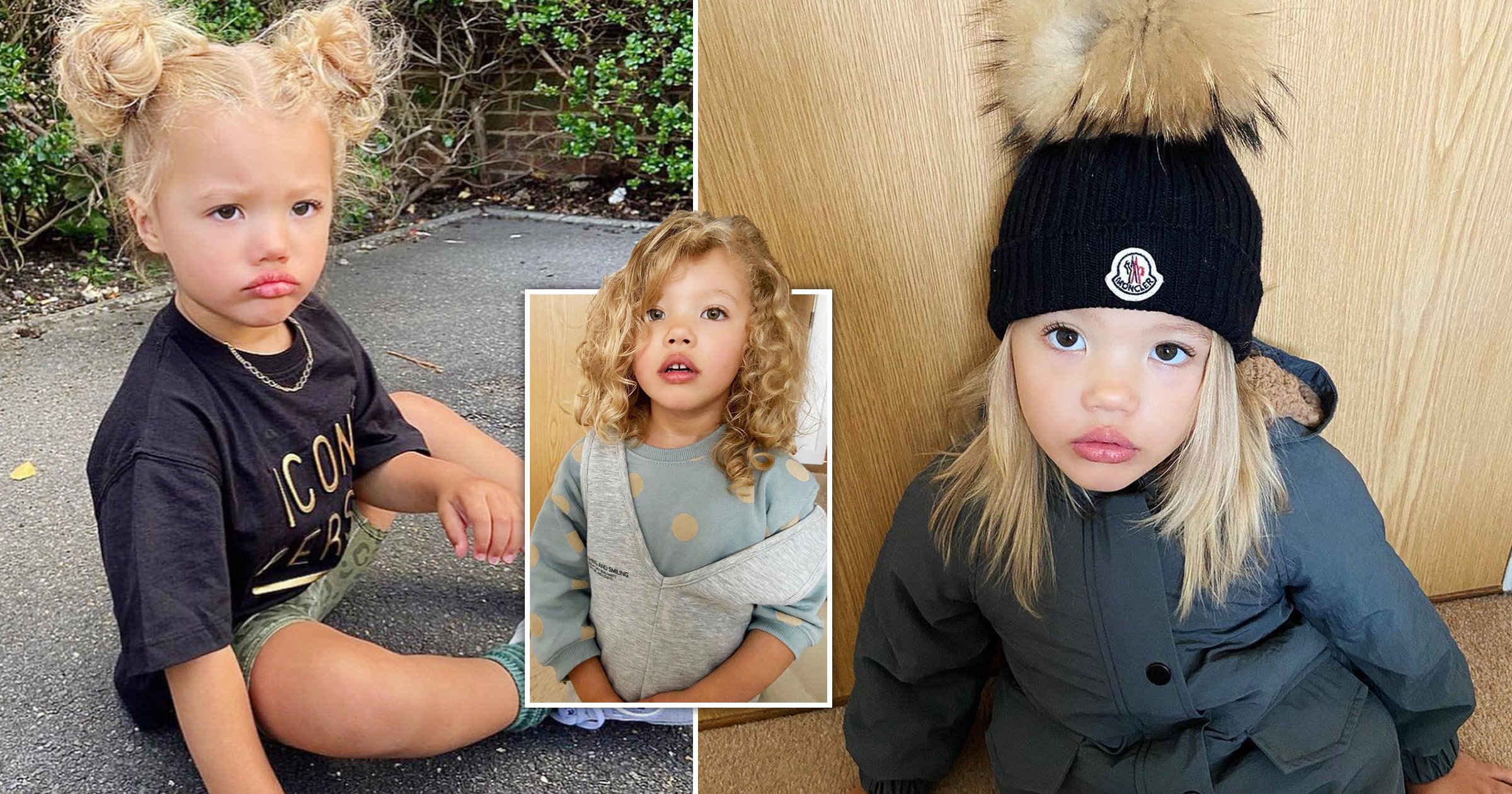 This is Elise Prior, a toddler fashion influencer who’s managed to rack up over 20,000 Instagram followers and is set to have enough money for a housing deposit thanks to her social media success.

Little Elise has since had popular companies like Zara, Next, M&S and more look to book her in children’s clothing campaigns.

The three-year-old’s Instagram features pictures of her wearing different outfits, with Sophie estimating her wardrobe is worth a staggering £2,000.

Even though she’s faced some backlash, Sophie says she is putting money Elise earns into a savings account for her, and the toddler’s set to have enough for a deposit for a house.

Sophie, a trainee counsellor, said: ‘She was an adorable baby, so I decided to open the account to connect with other mums and just share her cute baby pictures.

‘As she grew up, she started having a really unique look and more and more people followed her.

‘A lot of parents wanted to know where her clothes were from and that’s when her following increased, and she started getting a lot of collaborations with fashion companies.

‘In her pictures, she’s mostly wearing Zara and H&M – she loves getting dressed up now she’s older.

‘It’s a whole new world for me as well – she’s worked with M&S, Zara, Asda, Matalan, River Island, Sainsburys, The White Company, Next and more.

‘We’ve opened a savings account for her and it’s setting her up for her future.’

Sophie put Elise forward to several children’s modelling agencies when the tot was younger after noticing how popular her pictures were on Instagram.

Since then, Elise has gone on to work with huge names in the fashion world.

Sophie added: ‘She has beautiful blonde hair with tanned skin and has a really unique look.

‘She blew up with her modelling when she was two years old.

‘I do get criticism – some mums really don’t agree with it, but we’re setting up her future.

‘The modelling is a regular job for her, and it pays unbelievable money.

‘It’s not easy for the parents – we have to go into London regularly and keep her happy during the photoshoots.

‘No one offers you that kind of money regularly.’