With its fang-like cleats and a frame evoking dazzle camouflage, the fierce-looking shoe won the first Prospect 100 Global Design Competition, earning Roddy a six-month mentorship from Jeff Staple, whose NYC Pigeon Dunks from 2005 are still the stuff of streetwear legend.

Staple headlined a judging panel stacked with deities from the streetwear and sneaker scene, including Sean Wotherspoon, Steven Smith and Sarah Andelman, cofounder of Colette. They selected 20 semi-finalists from more than 530 submissions, and the public awarded likes on Prospect 100’s Instagram feed.

A 22-year-old from Derry, Northern Ireland, Roddy just started his third year studying footwear design at De Montfort University in Leicester, England. He answered a brief query about his unusual sneaker with technical renderings, images of corkscrew tanks and a detailed explanation about his multiple inspirations, including orienteering and modular design.

The screws at the back of his sneakers would be made of a molded, reinforced TPU and act as a “cushioned spring” for running that can be removed to create a flatter sole for more difficult terrain.

While Roddy won the most votes, four others will receive mentorships from Pensole Design Academy in Portland, Ore. They are Sally Javadi Torabi from Denmark, Michael Cingolani from Italy, and Nicholas Greca and Blake Scordino from the United States – and all sketched out sneakers that vaguely resemble Zaha Hadid buildings with their swooping shapes and industrial features.

First Ladies Fashion Through The Years 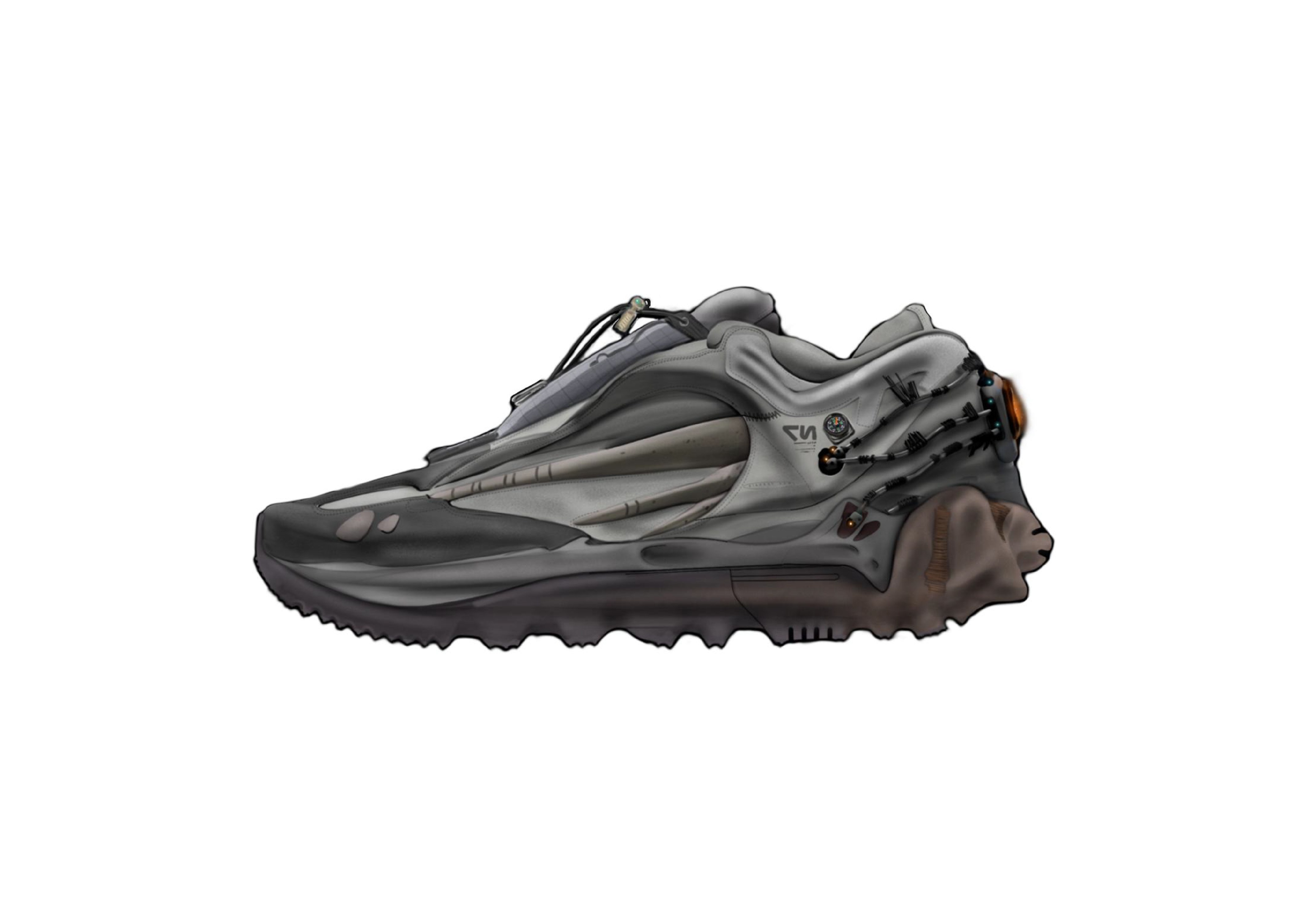 Blake Scordino was one of our finalists in the sneaker design competition.

“There’s so much talent hidden in our world,” marveled Wotherspoon, co-founder of the influential vintage boutiques Round Two – and maker of Roddy’s most treasured sneaker, the Air Max 97/1 Sean Wotherspoon. “It was super tough to pick just a few. Shout out to everyone who sent an entry, keep pushing forward, find a manufacturer in China to produce your shoes, make it happen!”

The contest, open to anyone age 25 and under, was the brainchild of Alexandre Daillance, cofounder of Paris-based fashion label Nasaseasons, and his own creative studio. His goal is to “offer life-changing prizes to the winners to ensure they can turn their passion into a career” and also to “build a community where similarly passionate young people from all around the world can meet and perhaps work together.” 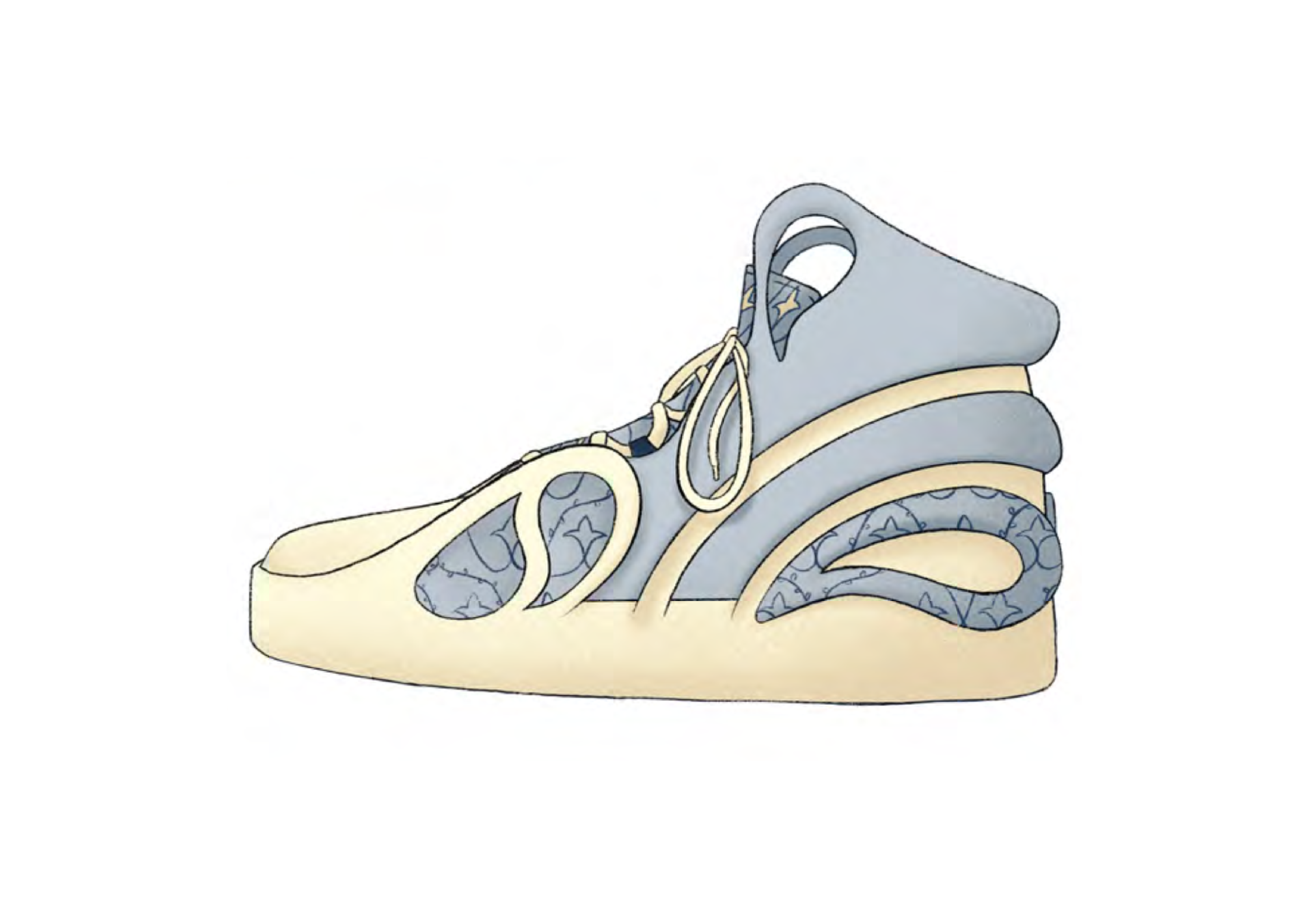 Sally Javadi Torabi of Denmark was one of the finalists.

Staple, founder and creative director of Staple Design and Reed Space, almost stumbled into the streetwear business in 1997 when he wore a T-shirt he silkscreened at Parsons into a cool shop, which promptly ordered a dozen.

“Just one generation ago, no one knew or cared about what went on your feet,” Staple said. “I didn’t realize a ‘footwear designer’ was even a career choice until I was 20. … Now kids are 10 to 15 years old with dreams of becoming a footwear designer.”

Daillance said it’s “fundamental for companies to work with young people in order to always to come up with fresh idea and stay up to date with culture in general.”

It isn’t lost on Roddy that his sneaker’s cage-like construction “unintentionally” resembles one brand’s famous three stripes. “I think that my design could be developed at the likes of Adidas,” he said. “They are always pushing the boundaries of manufacturing and technology.”