Over Christopher A. Marinello’s 35-year career as a lawyer and art recovery expert, stolen paintings have made up the bulk of his caseload.

But of late, Mr. Marinello, 59, who has, by his own reckoning, recovered more than $515 million worth of art and artifacts, is increasingly being called upon to recover luxury timepieces.

In March, that led to the founding of Watch Claim, an independent archive of lost and stolen watches. The fledgling database is an offshoot of Art Claim, the lost and stolen fine art register where Mr. Marinello previously recorded missing timepieces. “We treated them as works of art,” he said of the watches. “Which they are.”

Watch Claim, which is still under development, will ultimately function as a central checkpoint where buyers and sellers can verify whether a watch was stolen, Mr. Marinello said.

Though such due diligence checks will cost a to-be-determined fee, registering a watch is free and, crucially, easy, he said. Those registering a stolen timepiece are asked to supply a model and serial number, proof of purchase, insurance information (if any), photos and, “most importantly,” a police report.

“This allows us to stay one step ahead and stop the sale if it’s at an auction house, or contact eBay if it’s being offered for sale,” he said. “Or contact the police if the theft happened weeks ago, and they just happen to still be interested in solving the crime.”

An art student turned lawyer, Mr. Marinello worked as a New York City litigator specializing in the negotiation of art-related title disputes for 20 years, before beginning a seven-year tenure as the director and general counsel at stolen art tracking service, the Art Loss Register. In 2013, he left to found Art Recovery International.

Mr. Marinello has recovered artworks by Matisse, Degas and Rodin and is on the trail of an Aston Martin DB5 used in the 1964 James Bond film “Goldfinger.” (Mr. Marinello also considers classic cars to be works of art.)

He specializes in art that was confiscated from its owners by the Nazis during World War II. (The morning that Mr. Marinello was interviewed for this article, he said he had written to a Dutch museum to inform curators that a multimillion-dollar painting in its collection had been looted by the Third Reich.) 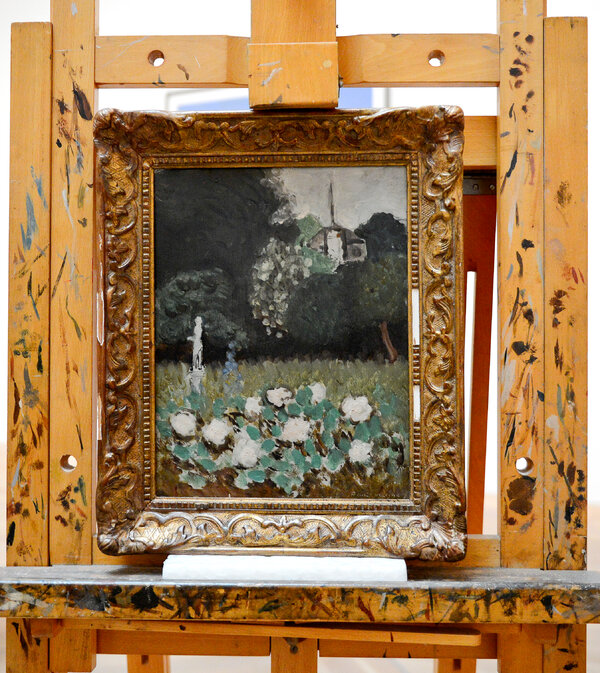 Watch cases had been sporadic over the years, Mr. Marinello said. But since March of last year, he has begun receiving calls from victims of watch theft about twice a week.

These days, Mr. Marinello said, with many stores closed and travel curtailed by pandemic restrictions, the majority of cases involve online fraud.

The “latest scam” is a Miami-based online company that offers to buy your watch, he said. In March Mr. Marinello received a call from a medical student in Minnesota who had contacted the company; he needed cash for a medical procedure. They sent him a mailer and he sent them his Rolex. “The money never arrives and the watch disappears,” Mr. Marinello said.

“People don’t realize that any criminal sitting in a decrepit library somewhere can create what looks like a luxury boutique digitally,” he said.

There is no international source for information on thefts of high-end watches. But in 2019, thefts of watches and jewelry cost U.S. retailers more than $101 million, according to a report by the Jeweler’s Security Alliance, a nonprofit trade association that collaborates with the F.B.I.

That same year, the high-end watches stolen from British retailers were valued at £2.3 million (about $2.8 million) according to SaferGems, a national initiative that collects information about jewelry and watch crime in Britain. That figure fell to £860,000 in 2020, as the pandemic shut down stores.

With global law enforcement generally lacking sufficient time and resources to investigate, victims have few options — which is where Mr. Marinello and the few international online watch recovery services, like Watch Register and Watch Claim, come in.

In addition to maintaining theft-check databases, both operate across borders, working with the local police, Interpol and the F.B.I. to trace and recover luxury watches.

Mr. Marinello works with law enforcement agencies and the relationship has proved beneficial to both, said Robert K. Wittman, an art theft consultant and former head of the F.B.I.’s Art Crime Team. “Whenever I needed information on a situation, as far as law enforcement was concerned, he was more than helpful,” Mr. Wittman said of Mr. Marinello.

This view was echoed by James McAndrew, former head of International Art and Antiquity Theft Investigations at the U.S. Department of Homeland Security. “I’m limited on how much I can work on, what I can work on, and what things are of interest to the prosecutors,” he said. “As a result, a lot of things don’t get investigated.”

Mr. Marinello “fills that gap,” Mr. McAndrew said. “The pieces he recovers, in a nutshell, would never be recovered without him.”

Once a watch or other artifact is recovered, Mr. Marinello occasionally takes temporary possession of it until it can be returned to its owner — one of several reasons he has installed a bulletproof door in both his London and Venice offices.

But these days, the only watches in his charge are seven fake Rolexes. “I usually have a few lying around,” he said, searching in his briefcase during a video interview for one of the five he received from a recent sting operation involving a criminal ring selling counterfeit gold Rolex Submariners. (While a legitimate gold Submariner is worth around $35,000 to $40,000, the “sophisticated” counterfeit models, he said, were listed for about $15,000 on eBay.)

Mr. Marinello’s own day-to-day timepiece is a well-worn $50 Timex chronometer. As for the rest of his collection: “I have a skin in the game,” he said.

And if the legitimate owner of a stolen watch gives him permission, he tries on pieces that he has recovered. Last June, for example, he took a Richard Mille RM030 Carbon Argentina for what he called a “test run.” One of only 30 ever made, the $145,000 watch had been torn from the owner’s wrist in London in 2017.

Though he has been handed multimillion-dollar paintings in garbage bags and called upon to aid law enforcement, Mr. Marinello, whose fee for a recovered watch is based on a percentage of its value and is often paid through insurance companies, said much of his job involved paperwork and negotiation. “It’s not thrilling at all,” he said.

Most watches are never recovered, he said. But when they are, the highlight is reuniting victims with their stolen property. “Seeing their face, and seeing what it means to actually get something back,” Mr. Marinello said. “That’s the best part of my job.”