DECIDING what to make for dinner each night can be exhausting – which is why this mum's solution is a game changer.

The Australian mum-of-two shared her clever "cup trick" on Facebook which is as easy as "picking an idea out of a hat". 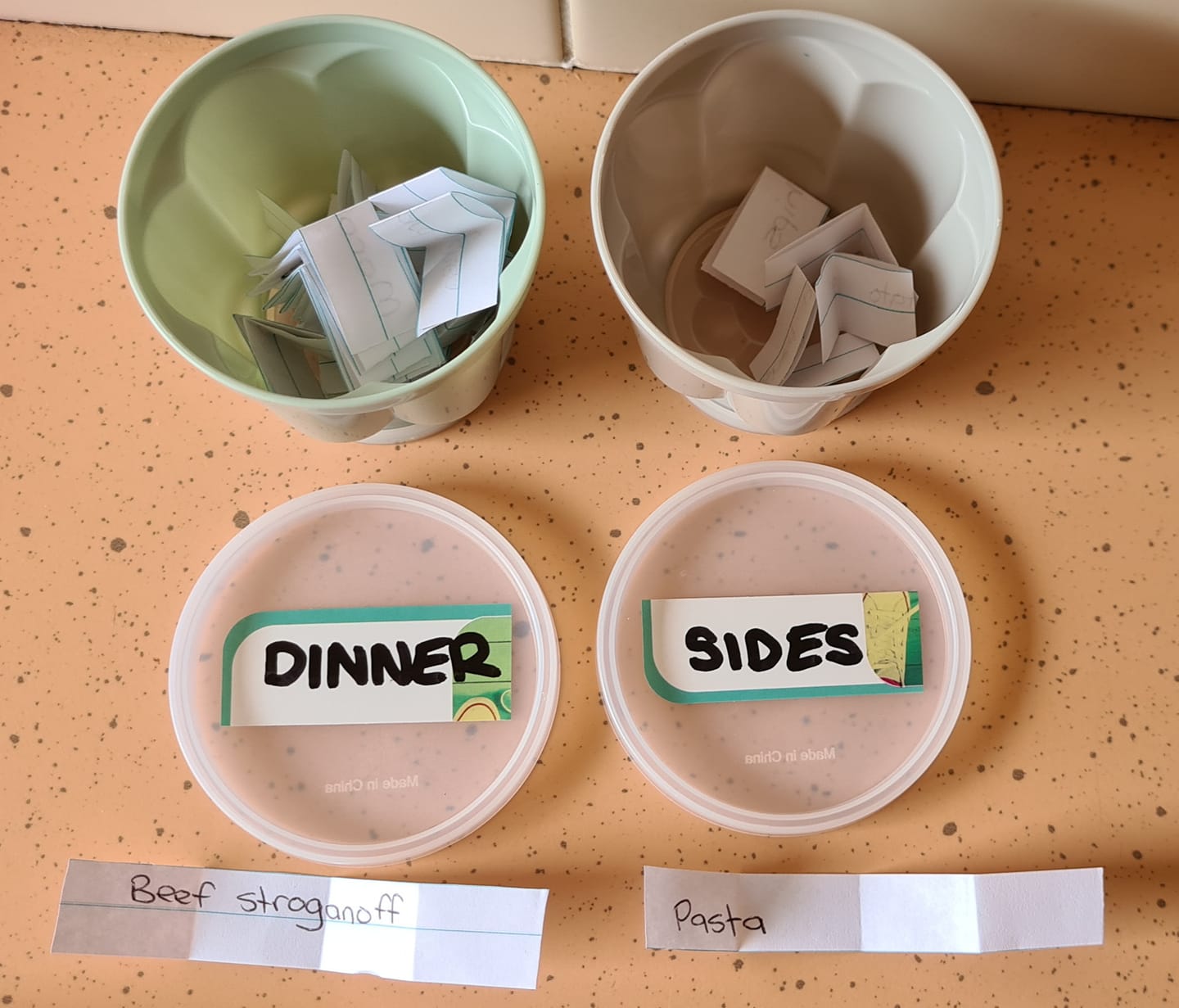 Her and her daughter take turns in choosing what meal to cook by writing down options and placing them in a cup.

They will then pick one out at random, along with a side, making up their meal for the night.

The mum reckons it's made the meal planning process so much easier, and it's become a fun activity for them both, too.

She shared two photos and explained how the nightly ritual works. 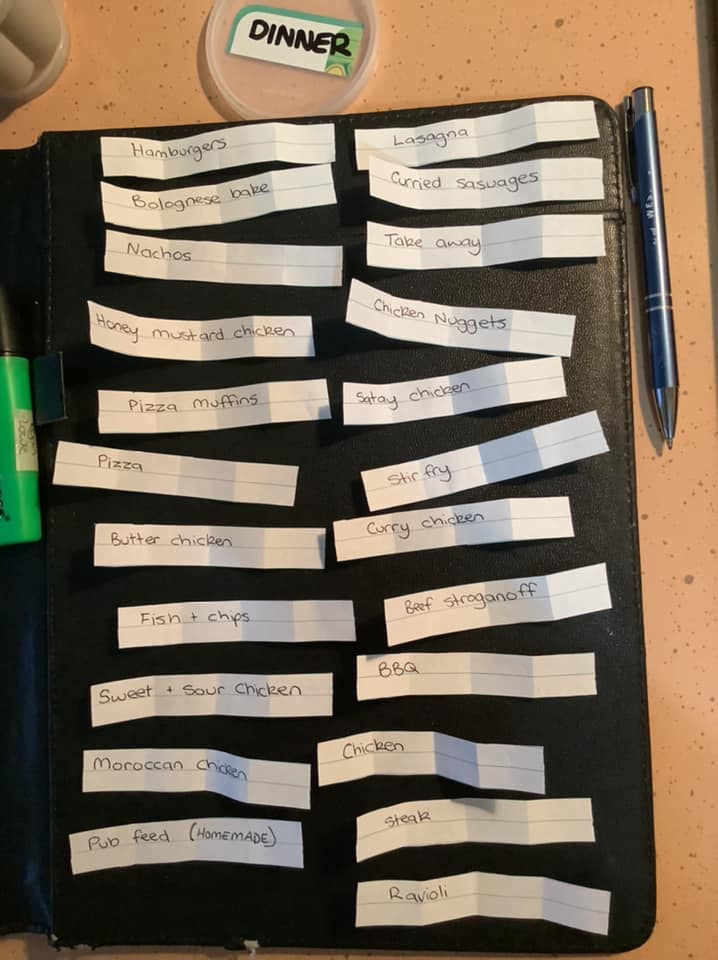 The snaps show two cups side by side – one is labelled with 'dinner' and the other 'sides'.

They will simply pick one out of each cup and make whatever comes out.

While it's certainly a gamble, the mum reckons they "haven't had any weird combinations yet" and added, "everything seems to just go together".

Alongside the snaps she asked: "Does anyone else meal plan like this?"

"I also add vegetables or salad to the meal we create," she said, turning it into a bigger, more delicious meal. 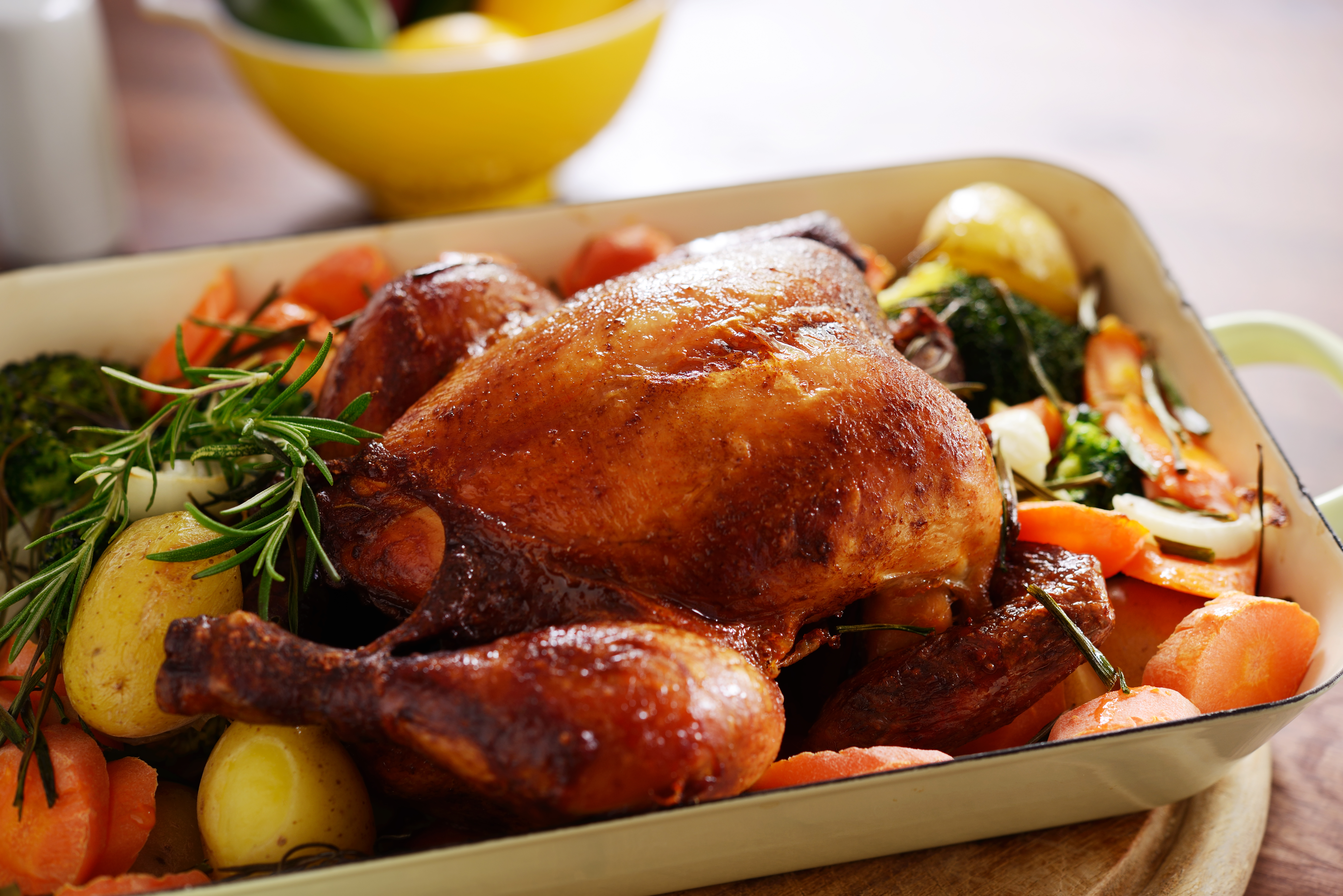 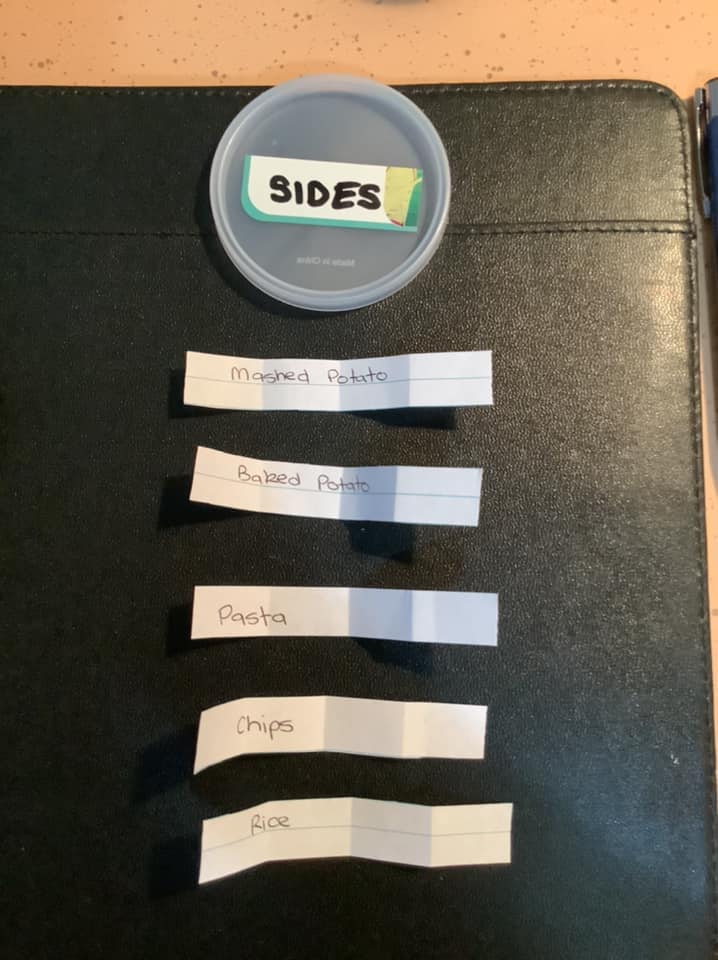 Needless to say, hundreds of mums were impressed by the simple idea with many saying they'd like to try it.

"This isn't something we have done, but I love it," one mum said.

"Great idea, I'm always trying to find something to cook and hate having the same meals all the time," another woman said.

A third said: "I am stealing this idea" and thanks the mum for sharing.

Some liked the idea but had some hesitations.

The meal options include: 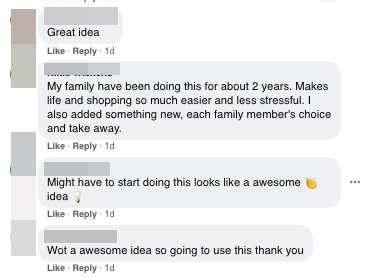 "I like the idea of picking randomly out of your weeks options, " one said. "But I wouldn't also then pick a random side, only because I'm particular on what I eat with certain meals."

Another joked: "Its all fun and games until you get hamburgers with rice or pizza with mash."

But the mum defended the method and said: "That depends what gets pulled from the dinner side will depend if a side is required. That's up to the cooks discretion. It's a bit of mix and match really."

Meanwhile, this exhausted mum shares her ‘four week rolling menu’ that takes the hassle out of cooking – and it saves her money too.

And this mum feeds family-of-four for £1.50 each a day and shares her monthly meal plan so you can too.