A SELF-DECLARED hypochondriac mum was left humiliated after asking doctors for a prostate exam.

The woman had been suffering from stomach pains so self-diagnosed herself using Google – not realising that women don't have prostates. 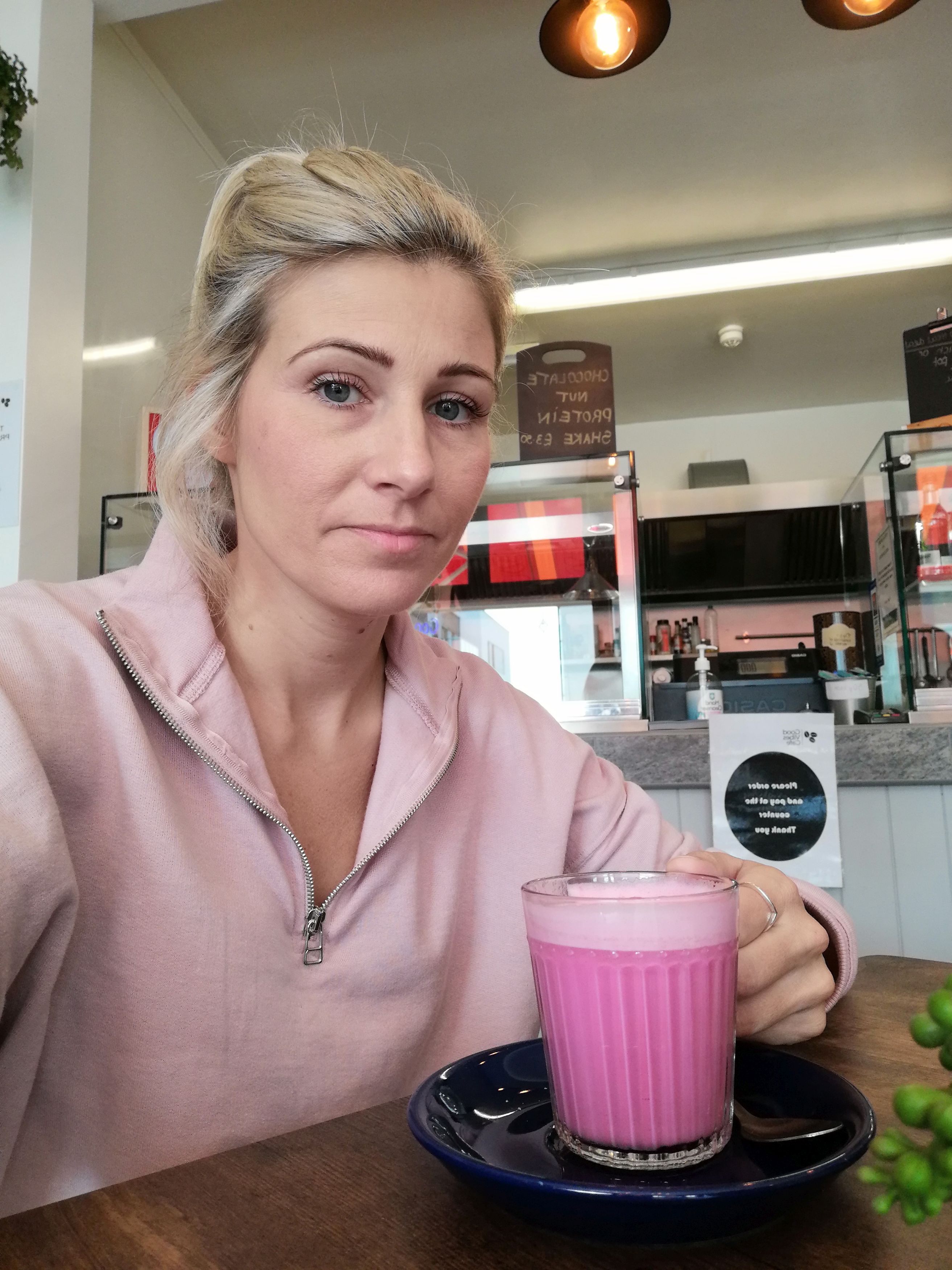 Jenny Pearce resorted to consulting 'Dr Google' after blood tests couldn't explain the persistent stomach cramps and managed to persuade herself that she had prostate cancer.

Terrified for the worst, the panicking 36-year-old booked an emergency appointment with her GP where she revealed her suspicions

The mother-of-one was 'absolutely mortified' but also relieved when the GP began laughing and explained she didn't even have a prostate as she was a woman.

Completely mortified by the gaff, Jenny to action and immediately swapped to a different doctor's surgery. 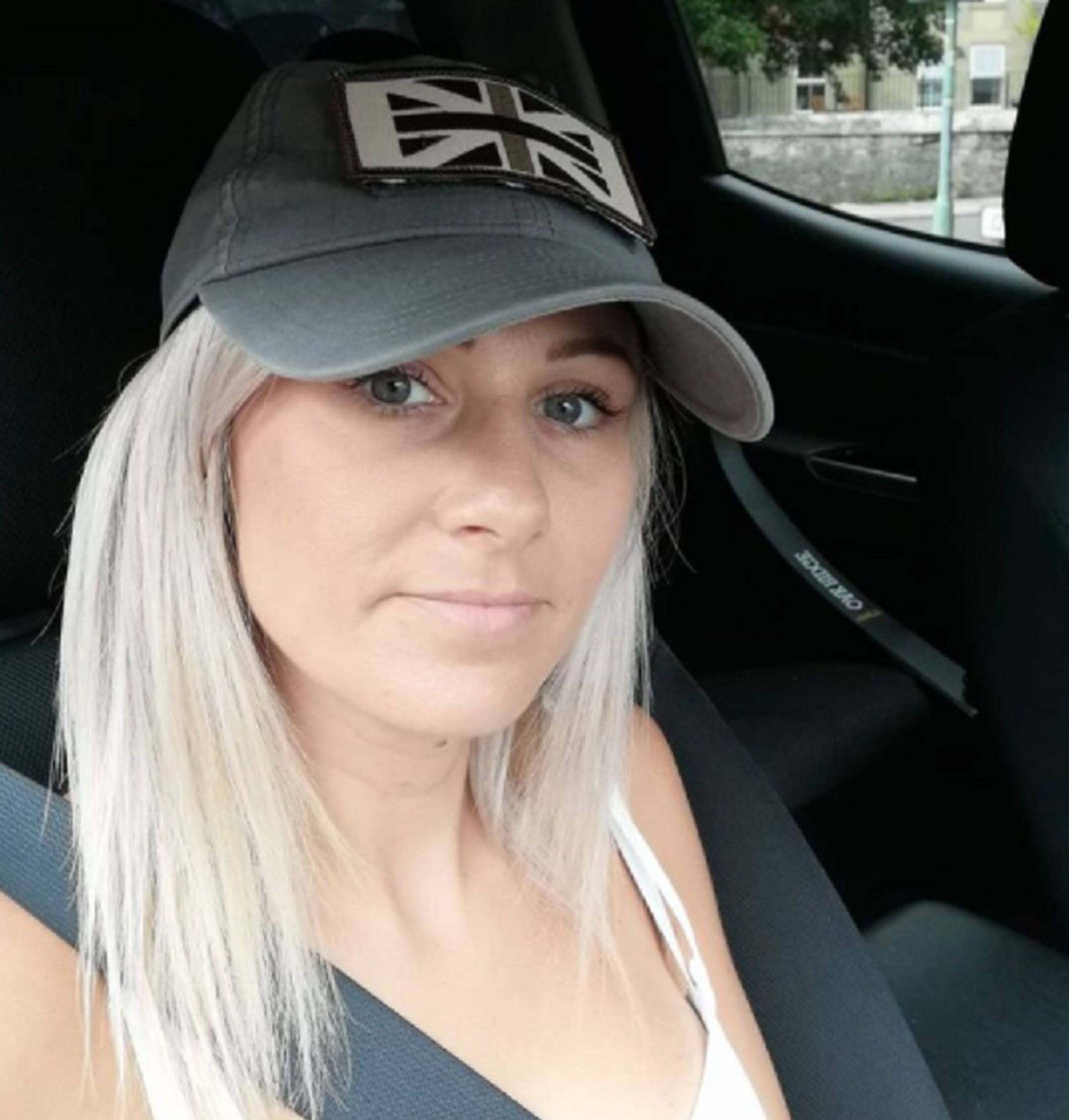 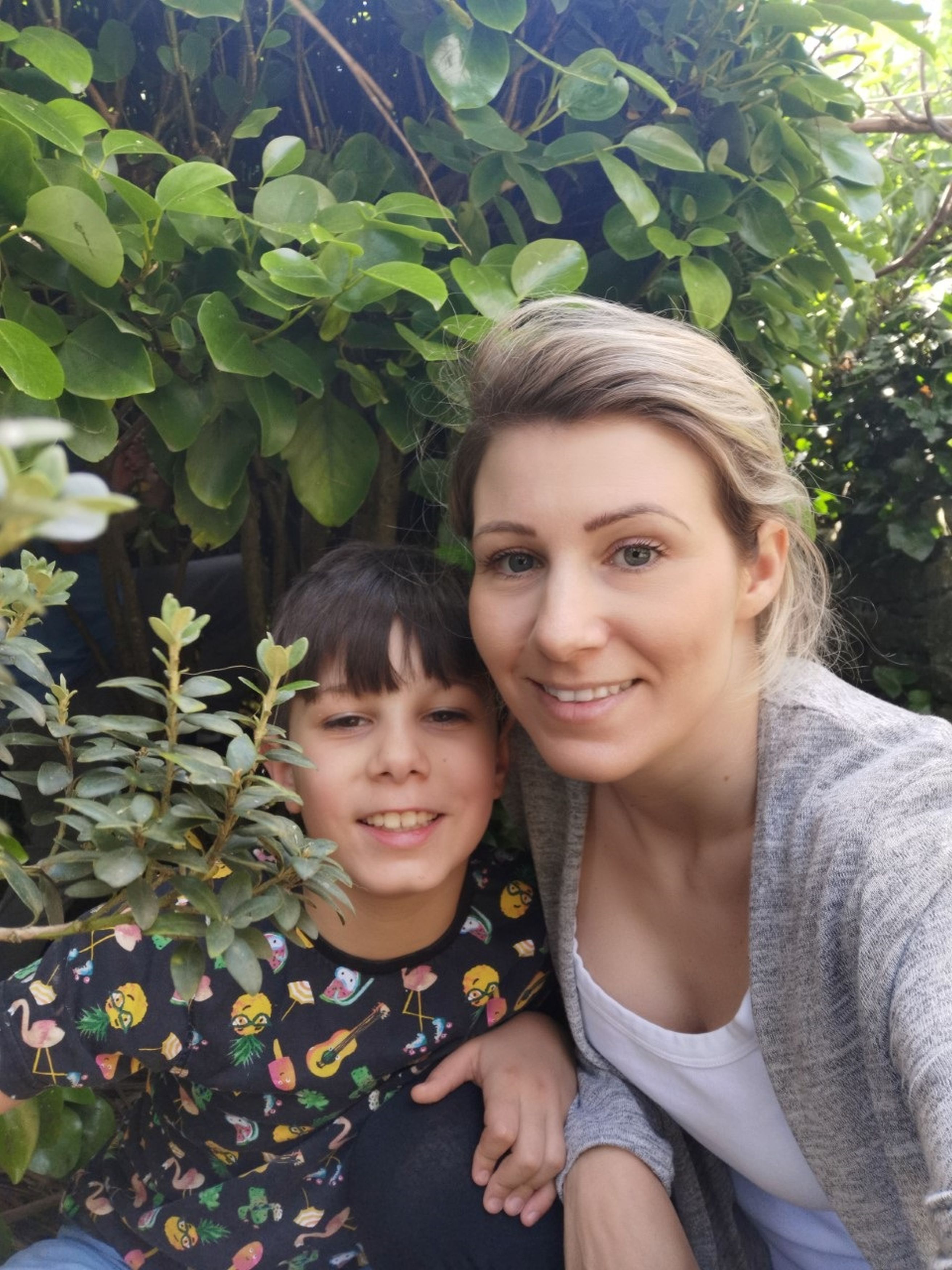 The care worker shared her hilarious experience on TikTok, where it has since racked up more than 1.5 million views.

Jenny, from Plymouth, Devon, said: "I'd never heard of a prostate.

"I honestly thought, apart from the genital parts, males and females had the same bits inside their bodies.

"You would have thought I would have known better than to listen to Google. But I'm quite a hypochondriac and Google doesn't help with that. 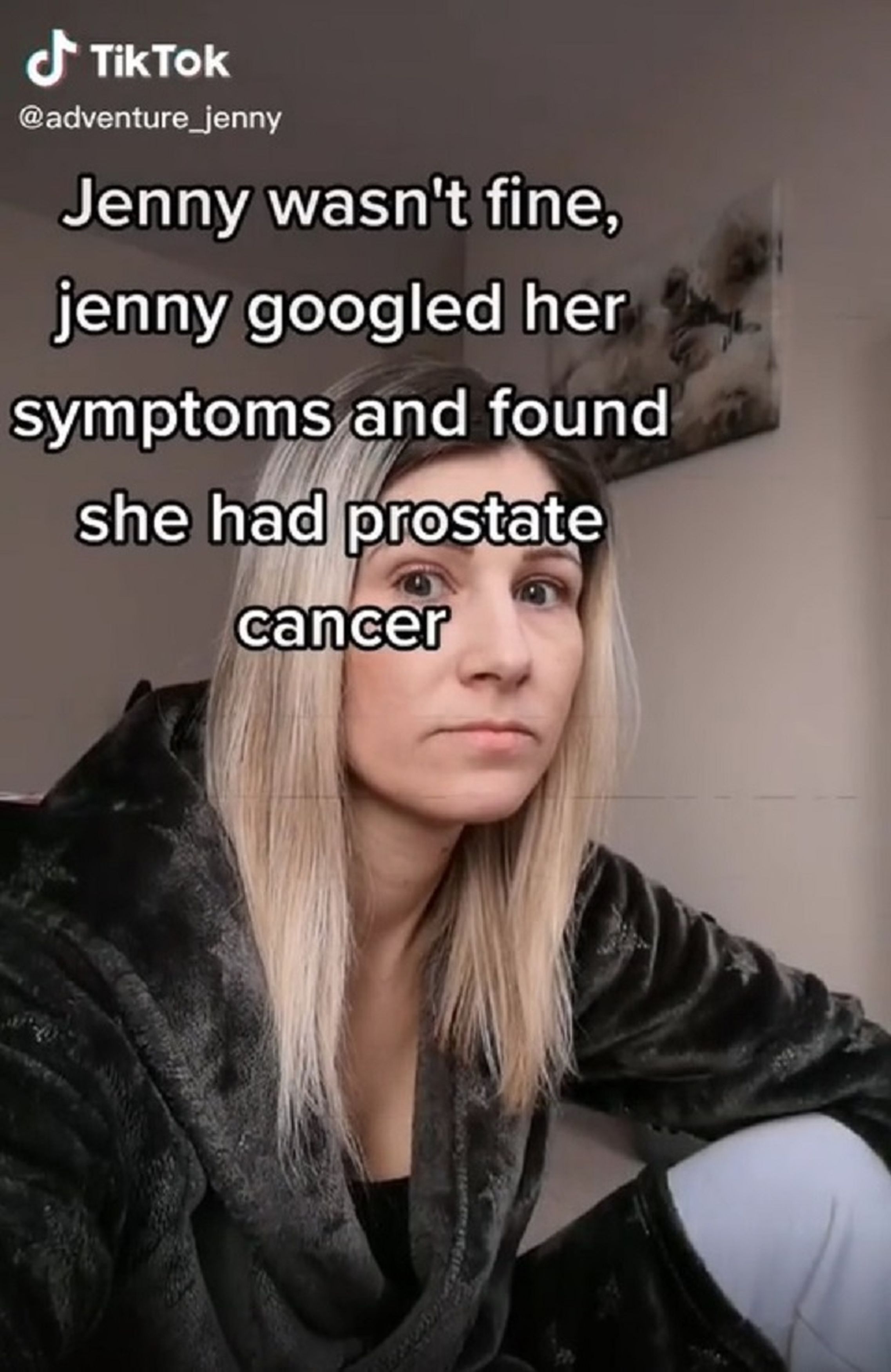 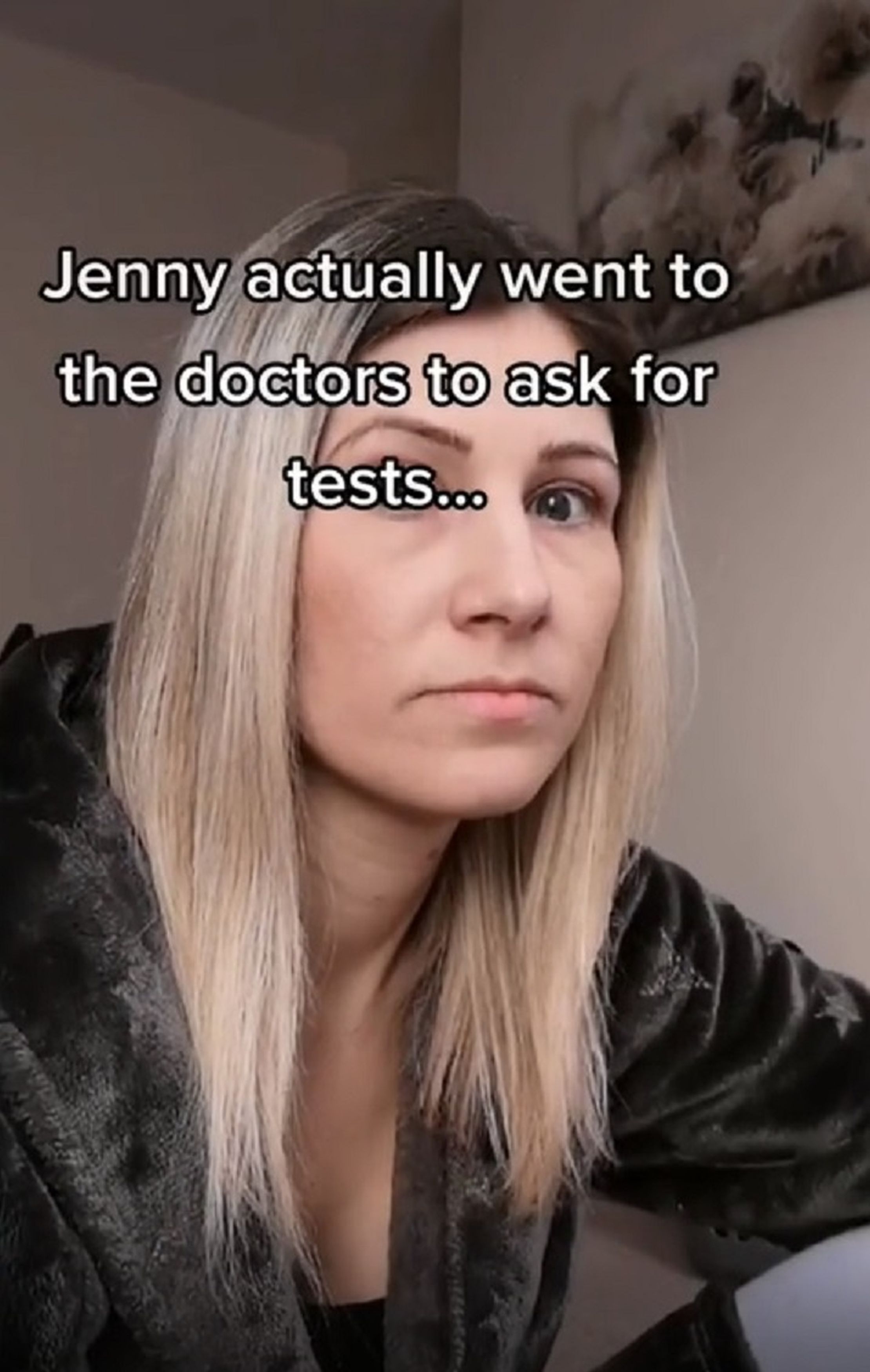 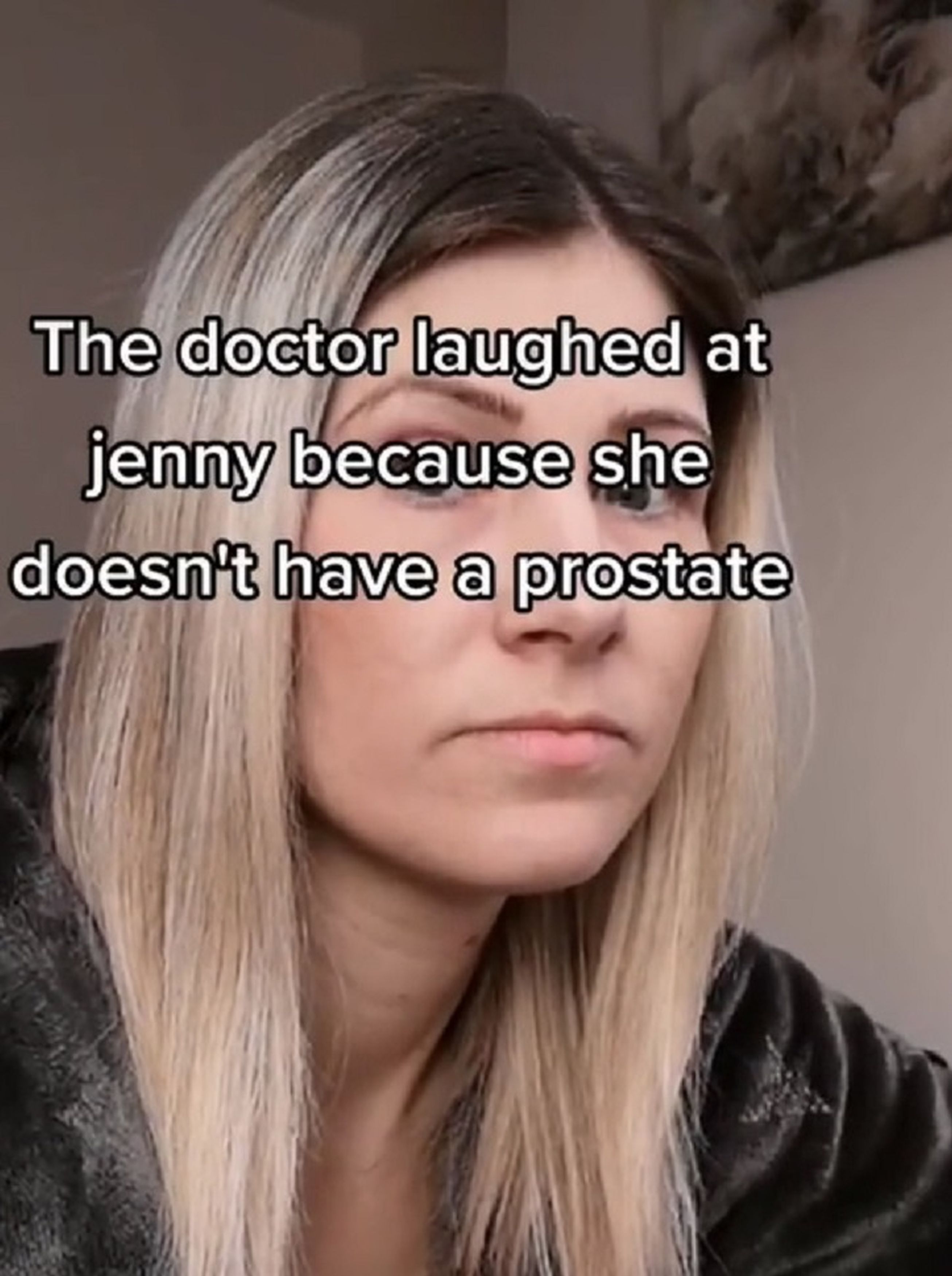 "It's one of those things that I'm never going to live down."

Jenny had been experiencing persistent stomach pains up until the point she consulted 'Dr Google' and so jumped to book an appointment.

She said: "I went in that day, and told them I was still concerned about my stomach because the pain wasn't going away.

"He told me, 'Well, we've done all these tests and it's not coming up with anything. What do you think it is?' 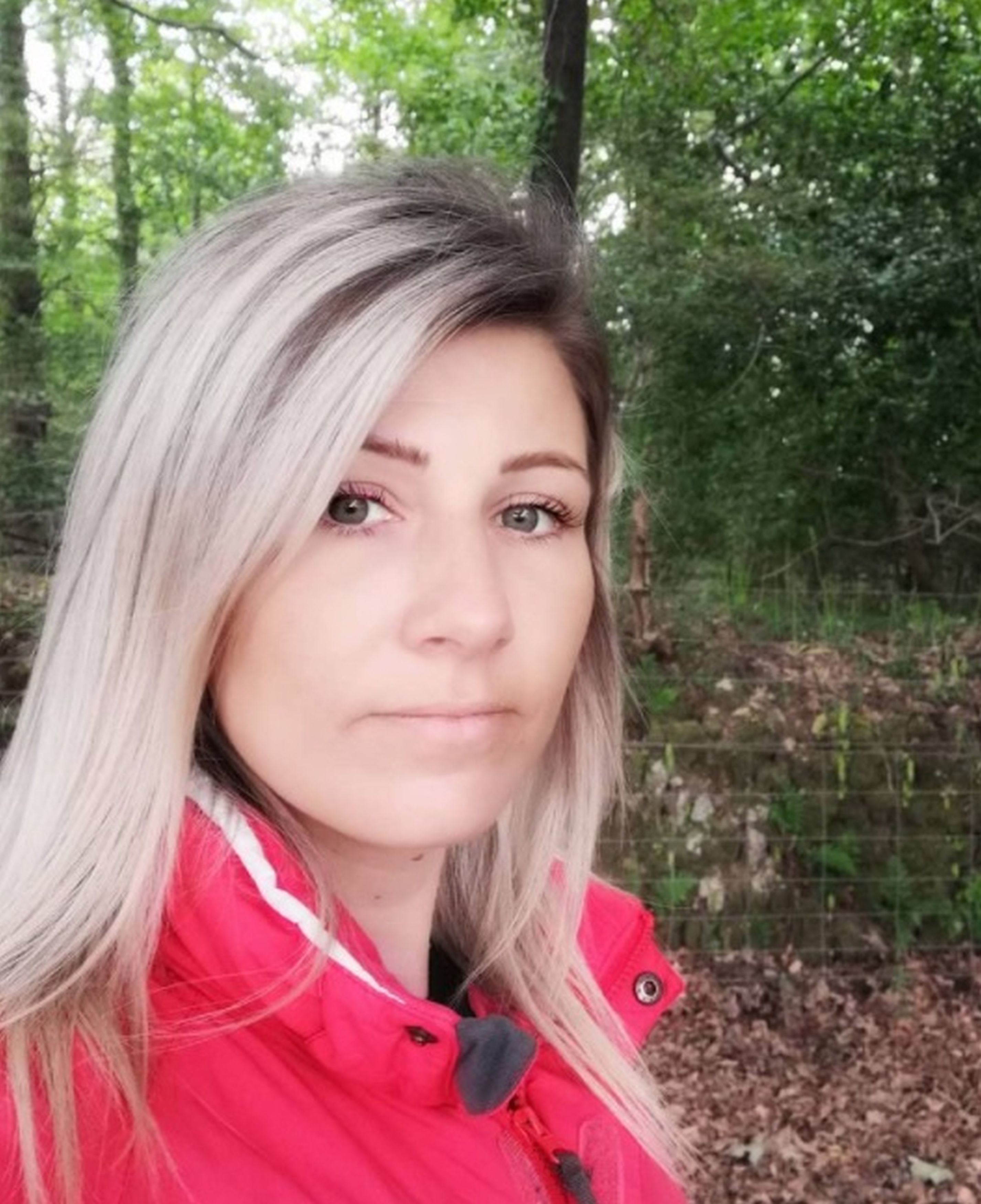 "I then said to him, 'Well, I've done my research and I'm pretty sure it's prostate cancer'.

"There was quite a long pause and he just started laughing. The really long pause made me quite emotional, because I thought 'Oh god, I've hit the nail on the head here.'

"I thought I definitely had prostate cancer, and he was just taking it in himself.

"But instead, he just laughed and explained to me that I didn't have a prostate. I was absolutely mortified." 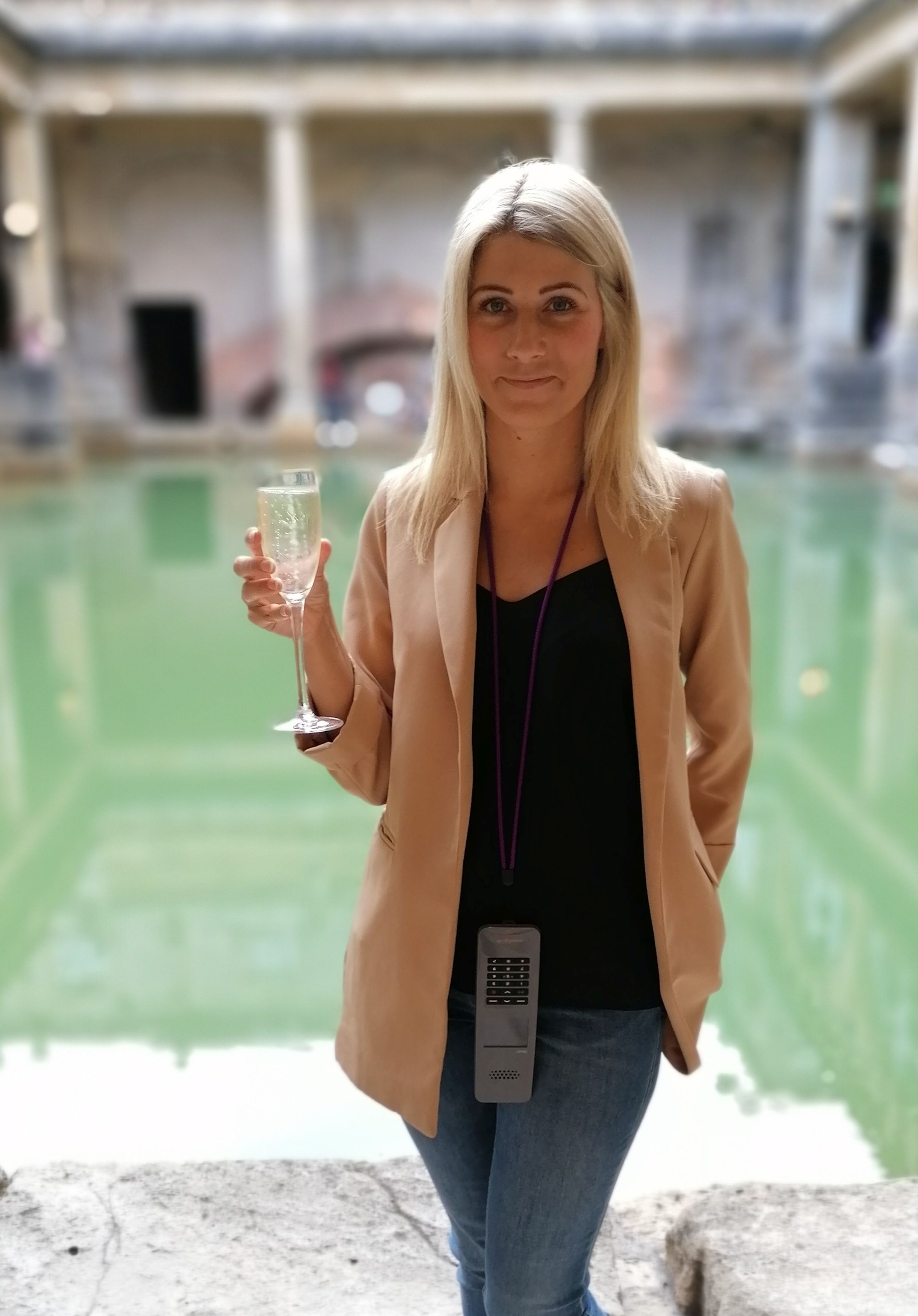 Although she was left feeling sheepish, Jenny also felt a sense of relief – having been cleared of the potential prostate cancer.

Jenny considered returning to Google to see if she could identify the real problem.

She said: "I had to stop myself looking. If Google was always right, I should have died about 500 times by now. 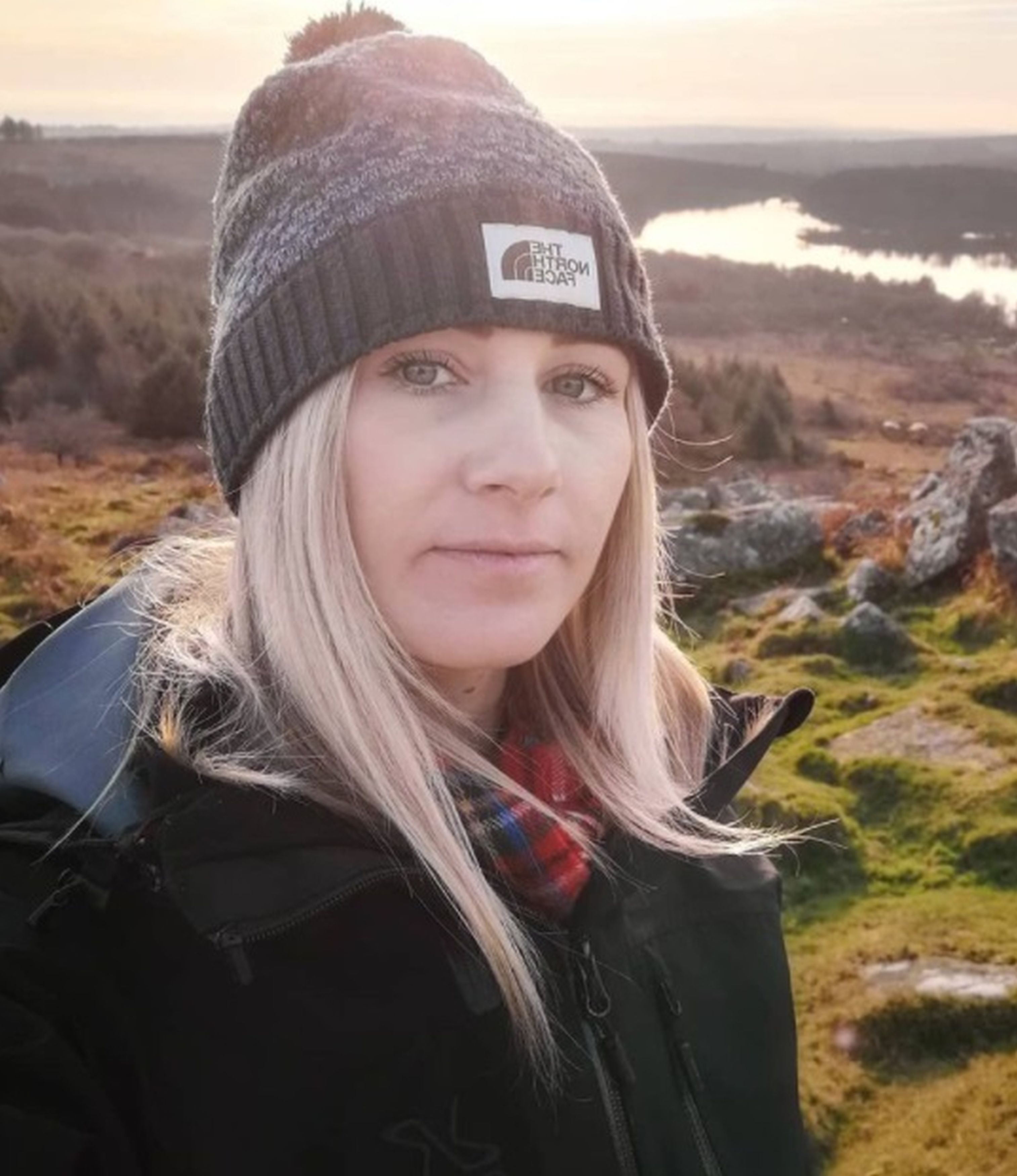 "Don't get me wrong, Google has probably saved people as well. There's a lot of people who don't like going to the doctors.

"I still stand by it's better to be safe than sorry, but I would advise people to calm themselves down and be a bit more rational than I was."

Since sharing her story on TikTok, Jenny has found that many people have found themselves in similar situations. 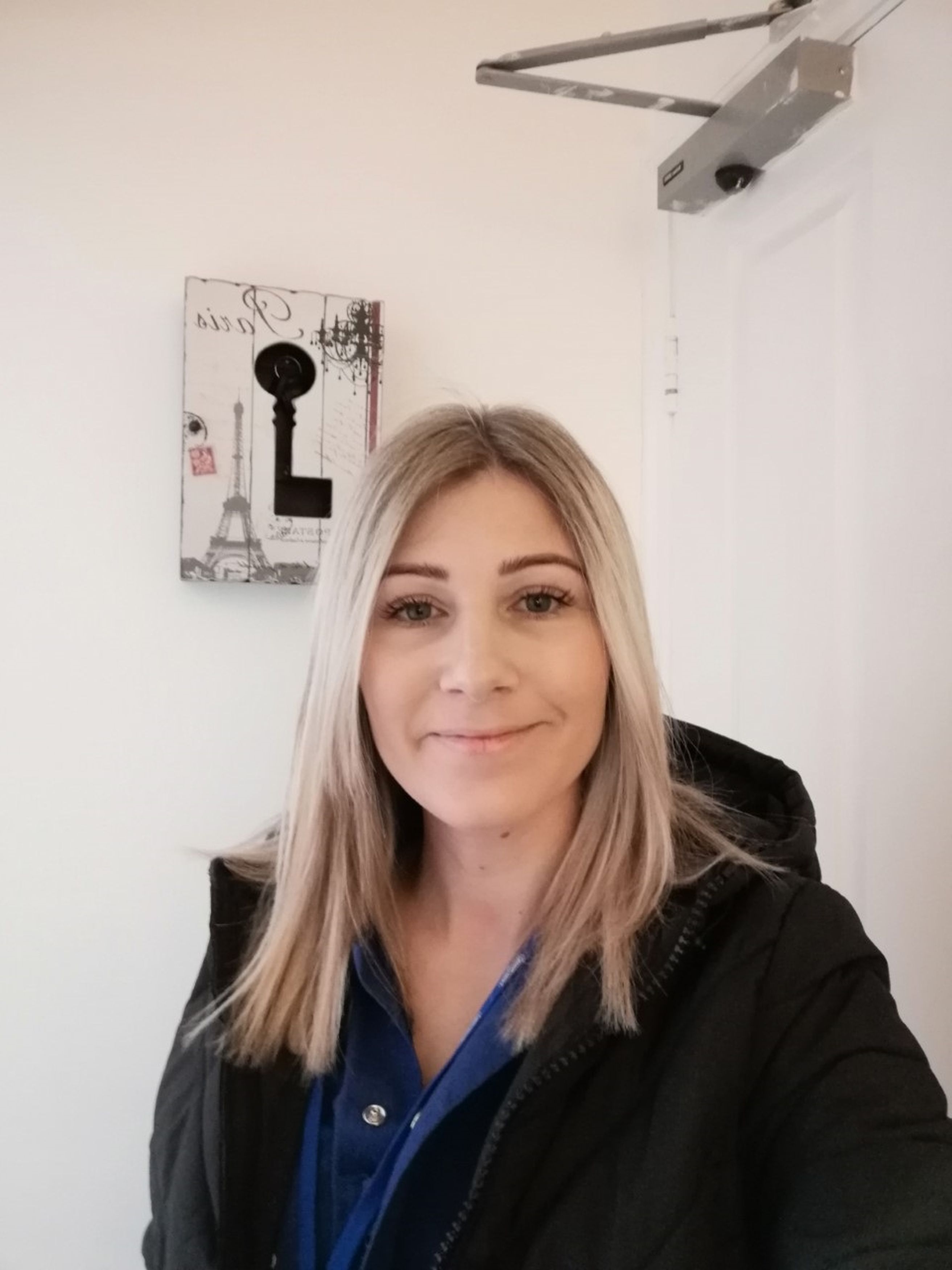 Jenny said: "People can laugh about it, not at me so much. The amount of comments on there from people who have done similar things makes me feel better.

"It makes me feel like it's not too unusual."

TikTok user The Slimmer Kitchen commented: "Jenny, I did the same thing at 18. Doctor almost passed out laughing and then explained I didn't have a prostate."

Krisanda Rongey commented: "Don't worry. You're not alone. I went to the doc thinking I had brain worms… Did you know benadryl makes mucus look like worms?"

eTikTok user jbless143341 commented: "Dr. Google told my husband he had ball cancer. It was a kidney stone lmao."

According to the NHS website, prostate cancer is the most common cancer in men in the UK.

It says: "The chances of developing prostate cancer increase as you get older. Most cases develop in men aged 50 or older.

"There's no single test for prostate cancer. All the tests used to help diagnose the condition have benefits and risks that your doctor should discuss with you.

"The most commonly used tests for prostate cancer are: blood tests, a physical examination of your prostate, a MRI scan, a biopsy."

Meanwhile this influencer was mortified as fans pointed out very rude object in the background as she posted from her sick bed.

Plus Davina McCall talks menopause with a woman who went through it at 12 – but you can still orgasm at any age, says expert.

And this expert reveals exactly how much toilet paper you should be using – but do you agree?