A SUPER organised mum-of-three, who shows off her immaculate home online, has revealed the secrets behind her stunning abode, and spills the beans on the few things she believes every house needs.

Imogen Alexandra, 24, from the Gold Coast Australia, juggles three kids under six with working full time as a social worker, but still manages to keep her house in tip top shape. 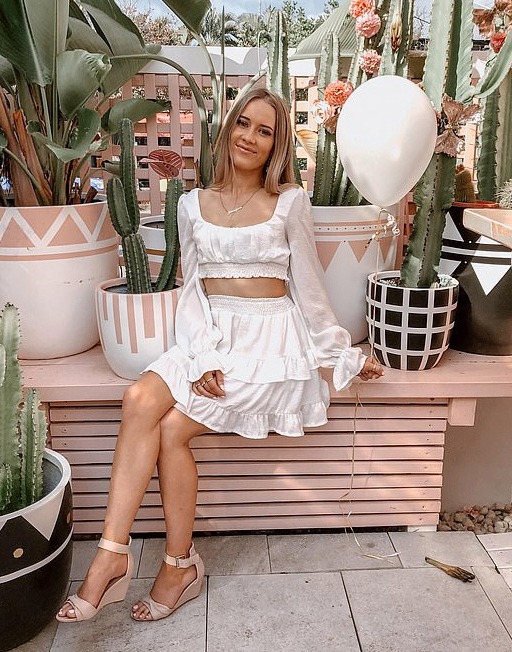 Her stunning Queensland home features neutral and earthy tones throughout, with perfectly selected decor to match.

The busy mum showcases her incredibly organised home on Instagram, where she's amassed 12k followers who can't get enough of her dreamy space.

Imogen revealed that it's taken her two years to design her home in the way she's always wanted, and now that it's almost complete, she's shifted her focus to organisation instead.

The best part is that it's all been done on a budget too, using affordable buys to deck out her home and making it look super luxe and expensive. 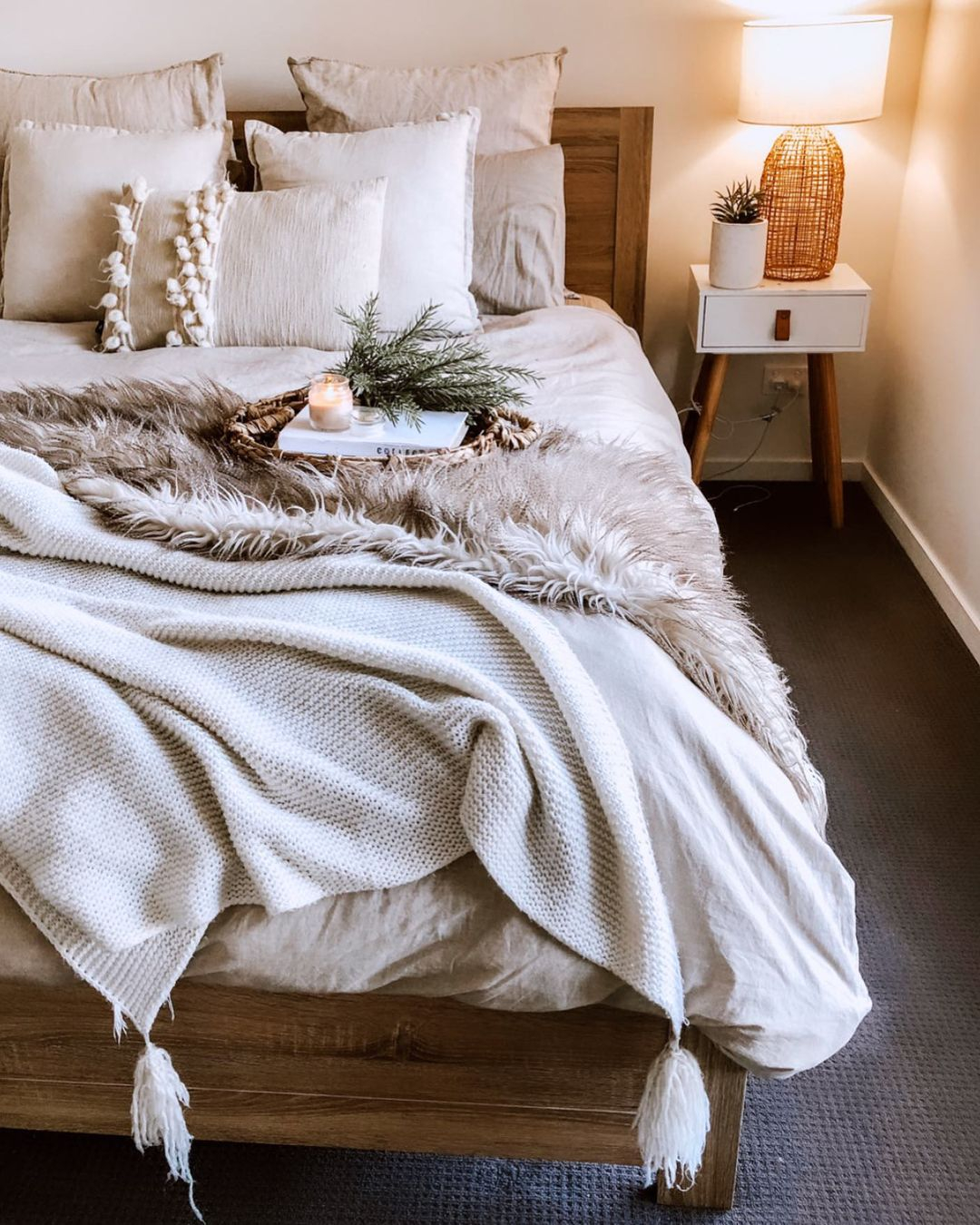 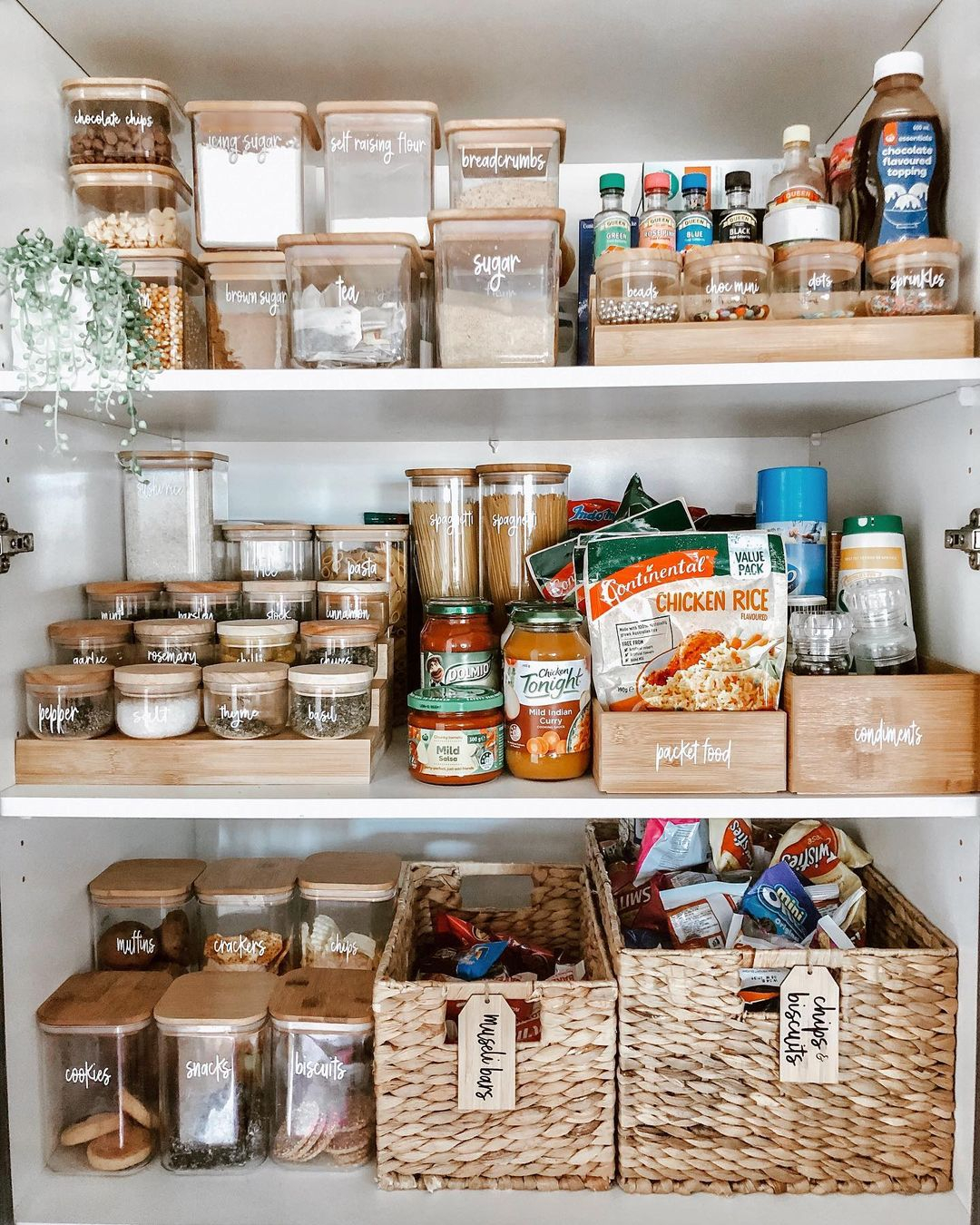 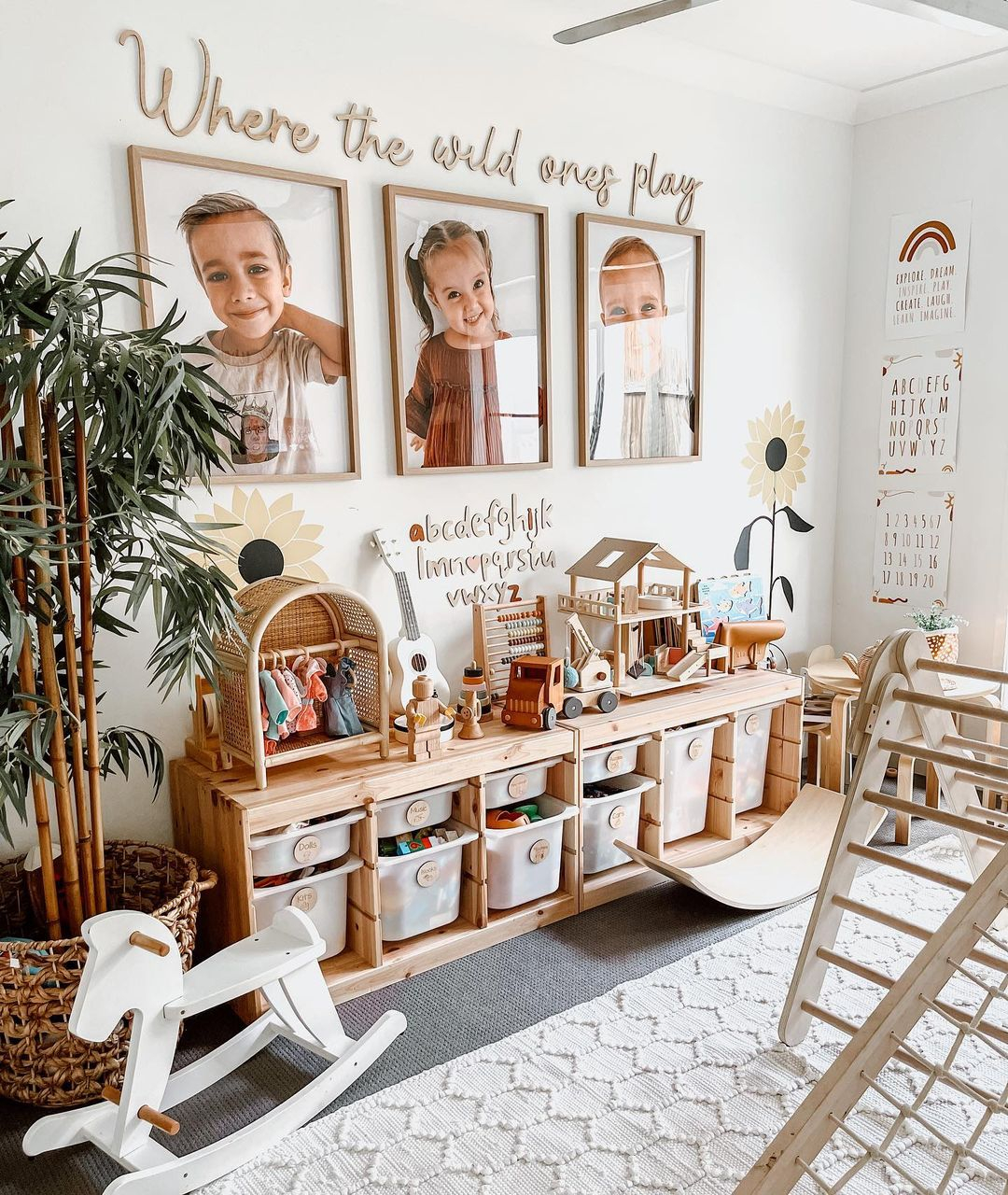 Speaking to FEMAIL, Imogen revealed that it's all about being minimal in your approach to decorating.

She said: "My trick for making cheap items look expensive is to keep them in one style and make sure you are minimalistic in anything you do in your home.

Her "top tip" is to invest in storage baskets, which she said "make the whole space look and feel clean" even if it's not.

Imogen fills her home with bargain buys from Ikea and other cheap homeware and department stores, and said that "it's easy to make things look expensive if you style a room well". 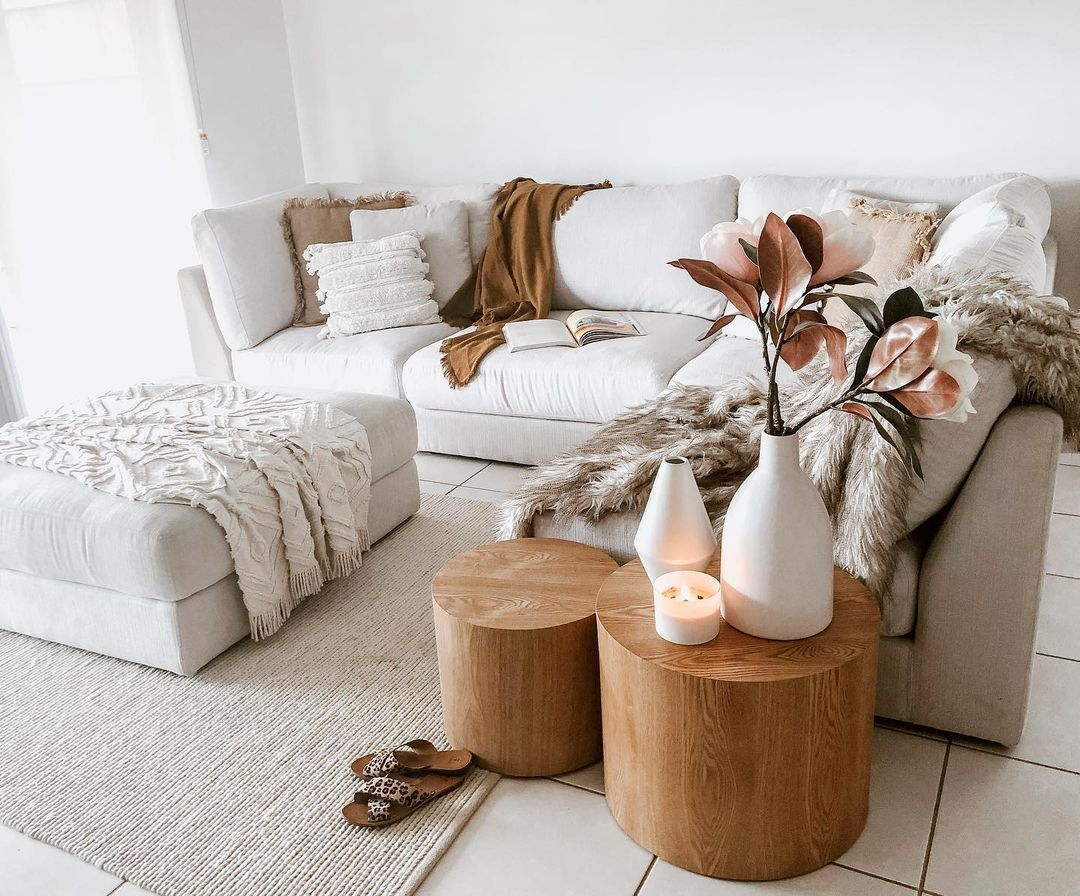 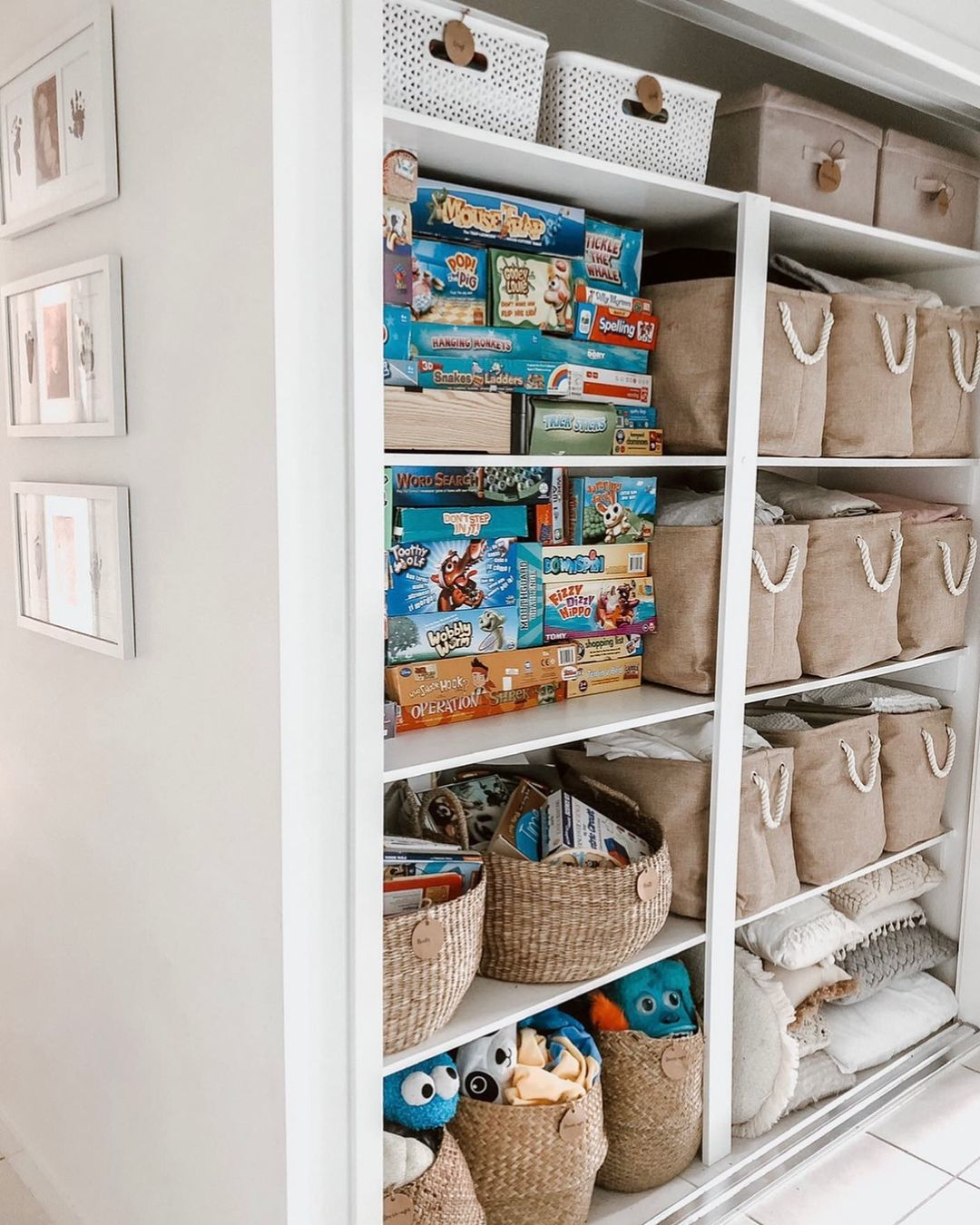 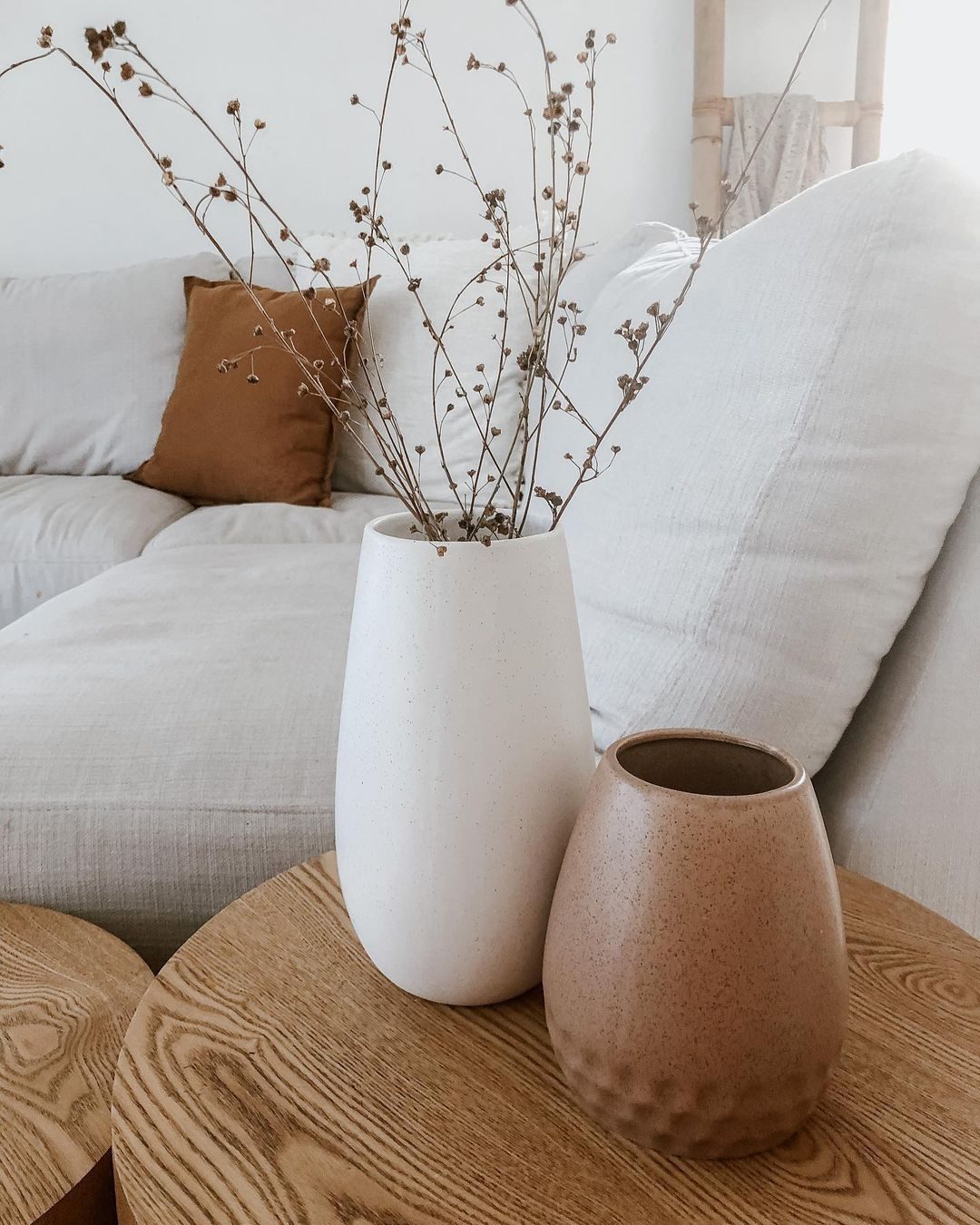 The trick is to style a few "higher-end pieces" with those that are cheap and affordable, and it instantly gives your home a more luxurious feel.

If there's a handful of items you should splurge on though, the 24-year-old said it's the larger pieces such as the sofa, dining table and beds – as it's where most of your time is spent.

As for keeping her home organised, Imogen uses a labelling system which works particularly well in her pantry and laundry cupboard.

Imogen revealed that the secret to keeping a clean home with young kids is washable furniture, adding that "it might sound crazy" but it's "really saved" her. 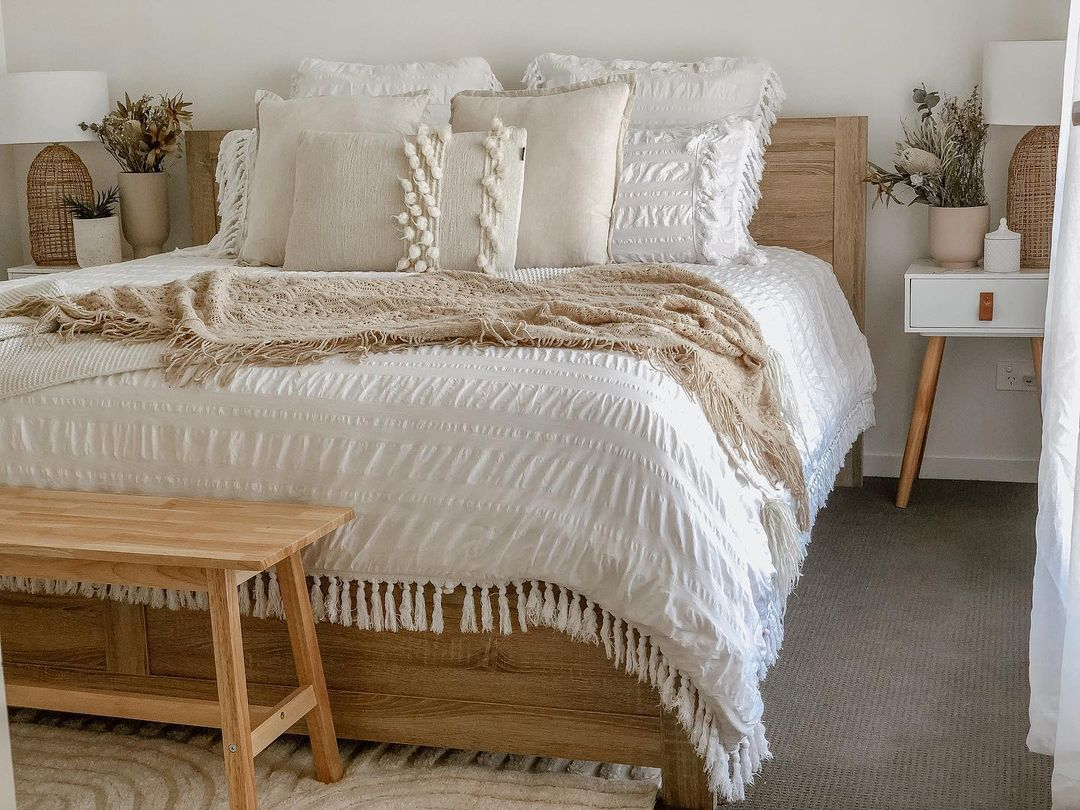 What are Imogen’s top five buys for any home?

2. CONTAINERS: You can never have enough containers and they always make places look tidy.

4. THROWS: Throws add layers and texture, making any sofa or bed go from looking simple to something out of a designer home.

5. SHEER CURTAINS: These can change the whole space and feel of a room.

"I have a light-coloured couch that is washable, along with white dining chairs and plenty of pastel. It truly has been a lifesaver!" she said.

She also recommended every household get their hands on a few key things which will help maintain order and hide any mess.

These include baskets and containers which can store anything in any room, with Imogen saying "you can never have enough".

As for decorating on a budget, vases "always make something look sophisticated", according to the Gold Coast mum, while throws add texture to soft furnishings elevating them to designer status.

Meanwhile, Imogen swears by sheer curtains in every room, and said they can "change the whole space and feel of a room", and they don't have to be expensive either. 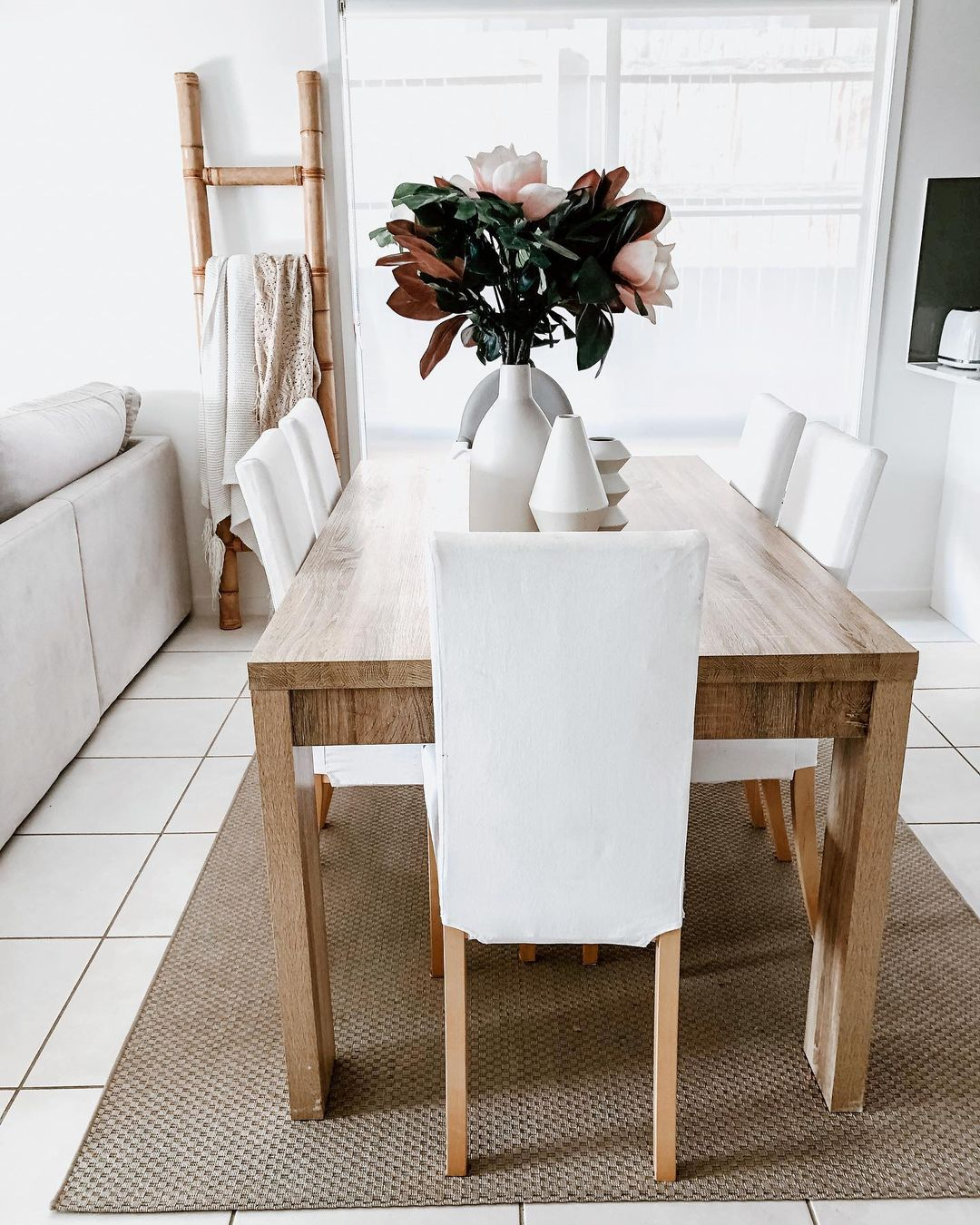 We also shared how organised mum Steph Pase reveals how to fold fitted sheets and towels in SECONDS – and how to keep your laundry cupboard tidy.

Meanwhile, we revealed where to buy the cosiest Teddy fleece bedding as the temperature plunges – including a £8 set shoppers are swearing by.