THE world all united against people who put a fresh roll on top of an empty holder, or hang the toilet paper facing the wrong way.

But it seems there are more bonkers bathroom habits which need to be stomped out. 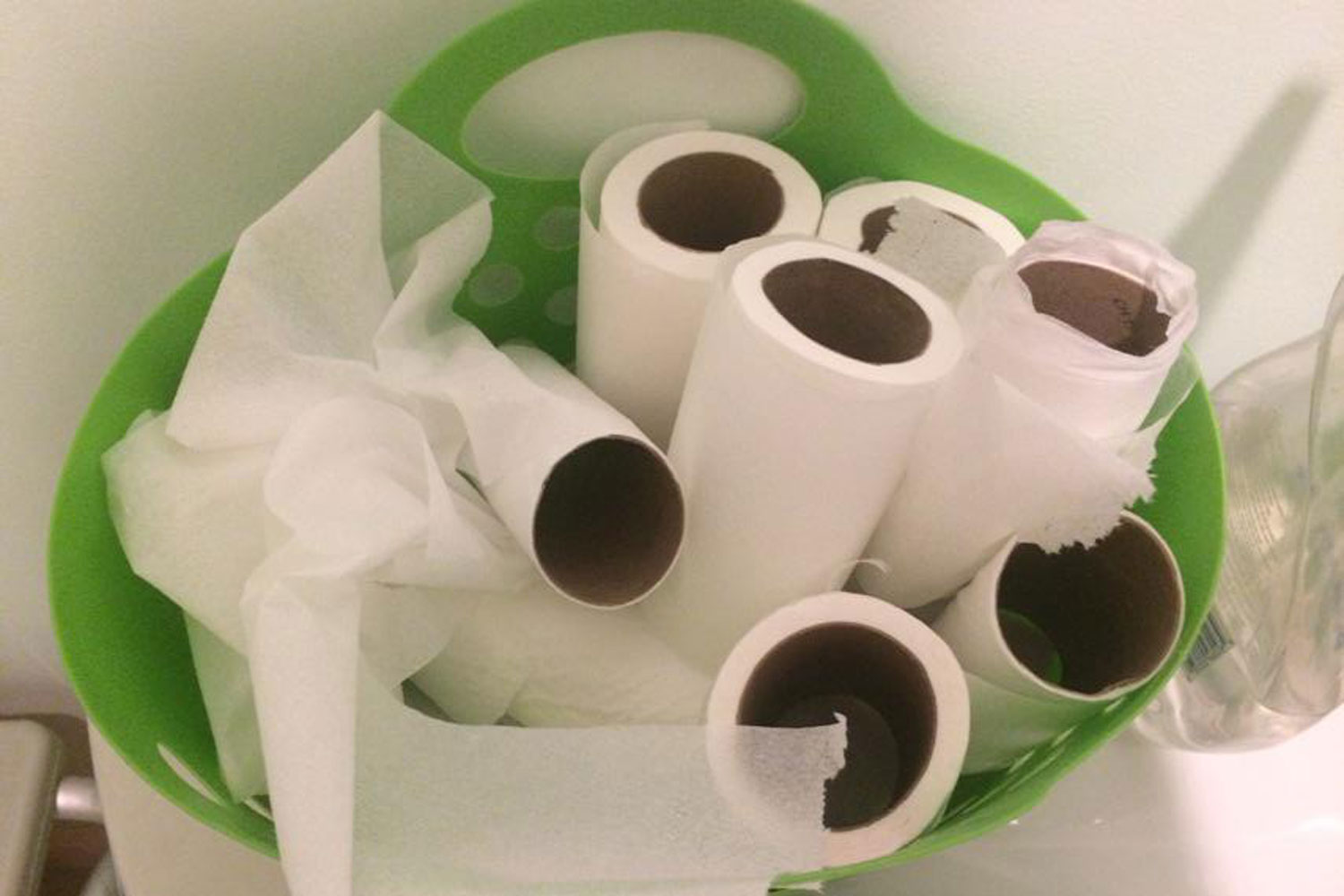 A man shared his family’s 'infuriating' toilet paper habit, revealing they never finished a new roll before starting a fresh one.

He shared a snap to Reddit showing a bin overflowing with half-finished loo rolls.

The man wrote: “My family never finishes a roll of toilet paper before starting a new one.”

The barmy practice has racked up more than a thousand comments, as people urged him to ditch his family, pointing out the habit was wasting a ton of money.

One person joked: “Throw out your family before THEY'RE finished.”

Another went further, saying: “Amen get a new family, burn your house down, they are all psychopaths to do this.”

A third commented: “What on earth kind of psychopathic toilet paper strategy is that though?! That's lunacy!”

This person asked: “I am confused though, is this the garbage? Or like a bucket of toilet paper to use? If the family just keep using it like it that, though annoying, technically they'd eventually all be finished, if no new ones are added that is.”

Someone else thought: “This is beyond mildly infuriating! So much waste of resources and money… You should do the math on it and figure out just how much they are wasting over a month lol! I wonder if it would make them less wasteful.”

While this person added: “What’s the reasoning here? I can see maybe if there is 2-6 squares left and tossing it but like 1/8th of the roll?”

And we asked if you can you find the Koala in this loo-roll themed brainteaser in under 37 seconds?

Plus this mum reveals she makes her family use NEWSPAPER instead of toilet paper – as she gets the papers for free.

Meanwhile this mum fumes after daughter’s nursery changed her name because it was ‘too hard to pronounce’.