A LOVESTRUCK student who was given a wrong number by a mystery girl he met in a park has penned over a hundred hand-written letters in a desperate bid to track her down.

Serban Raia painstakingly spent ten hours writing out the notes to the woman – known only as Amy – before posting them along the street where she told him she lived. 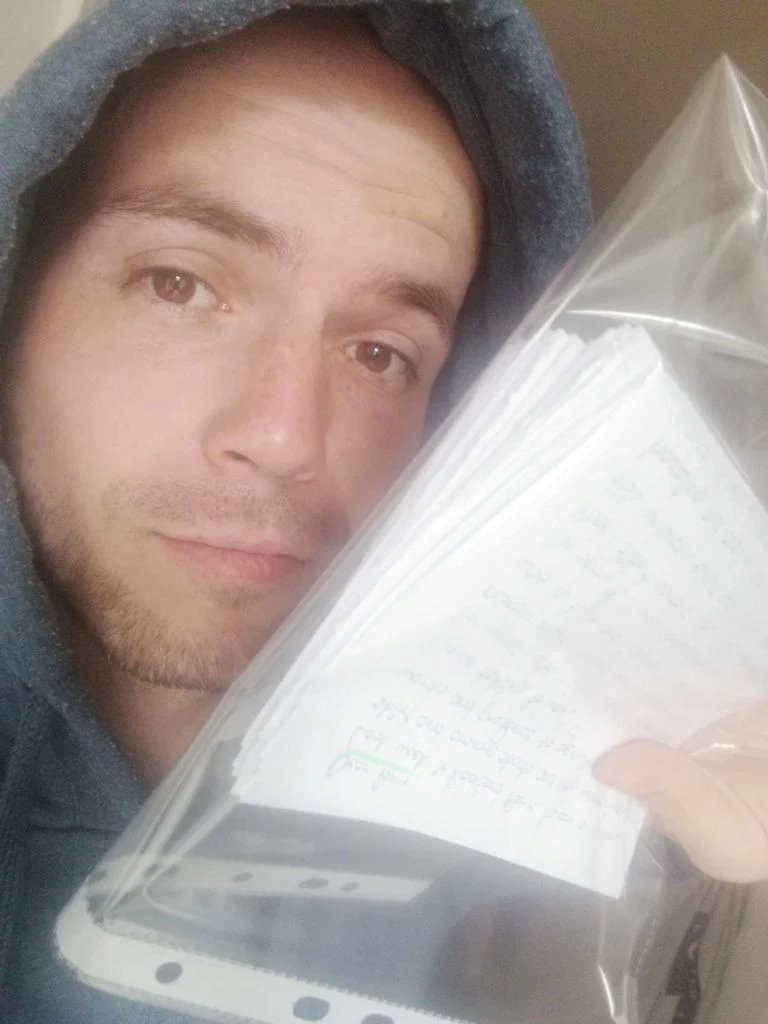 The third-year student at the University of Nottingham said he decided to write the love letters after an "instant connection" during their chance meeting.

Serban began chatting with Amy in Radford Park, Nottingham, and hit it off before she agreed to go on a date with him to the Peak District.

However, when Serban returned home, he realised the number Amy had given him wasn’t working.

The smitten student is adamant that it was an honest mistake and is determined to meet up with his potential beau again. 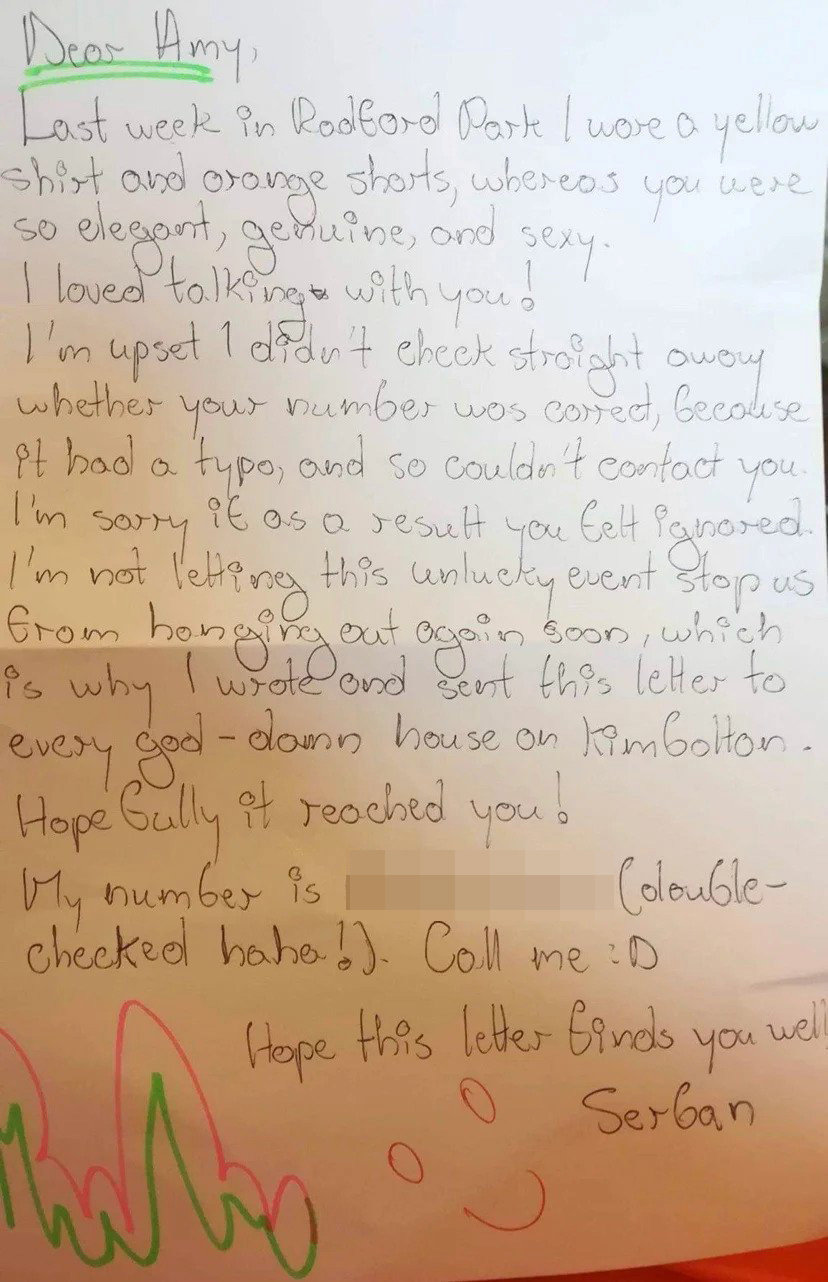 So he then spent an astonishing ten hours handwriting over 100 letters and posting them to every house on the road she said she lived on.

He wrote: "You were so elegant, genuine and sexy. I loved talking to you.

"I'm not letting this unlucky event stopping us from hanging out again soon, which is why I wrote this letter."

People who weren’t Amy started to reach out to him on his number that he included in the letter, and offered the budding Romeo words of encouragement and support.

One person wrote: "Good luck finding Amy, I just thought it was a brave thing to do. Made my day."

"Last week in Radford Park I wore a yellow shirt and orange shorts, whereas you were so elegant, genuine and sexy.

I loved talking to you!

I'm upset I didn't check straight away whether your number was correct, because it had a typo and so I couldn't contact you. I'm sorry if as a result, you felt ignored.

I'm not letting this unlucky event stopping us from hanging out again soon, which is why I wrote this letter and sent it to every god-damn house on Kimbolton.

Hopefully it reached you! Call Me. Hope this letter finds you well.

Another messaged: "Serban. Did you find your Amy? The story has me gripped with tension."

Despite suffering from blisters on his hands and his crush not replying, Serban remains optimistic he will see her again.

"But at least I know what kind of man I am, and it makes a hell of a good story too.

“Given that we had such a good connection I decided to trust her, and not assume that it wasn’t that she didn’t want to talk to me anymore.”

In other real-life related news, a family find hidden message left by girl, 10, inside second-hand caravan – and people think she’s a ‘legend’.

Plusthis mum is hunting for ‘handsome man’ she met in Lidl – so do YOU know her hunky stranger?

And a mum is desperate to find and thank ‘kind strangers’ who paid for her family meal after hearing her son, two, had leukaemia.

Related posts:
Fashion News
Blue's Duncan James reveals his daughter, 16, gets brutally trolled for him being gay
Boohoo competition winner claims prizes left her with itchy rashes and ‘bites’ after she tried on her haul
Socially Distant Wedding Activities
13 Bumps On Your Skin That Are Totally Normal\u2014And You Shouldn’t Pop
Photographer shares tips for looking good in ANY photo – and how to eliminate the dreaded double chin
Recent Posts