WITH parents across the country struggling to come up with ways to keep their kids entertained during lockdown, Jacqueline Jossa has come to the rescue.

Celebrity parent and queen of the jungle has teamed up with streaming service NOW TV to create incredible tea party recipes that are kid-friendly and so easy. 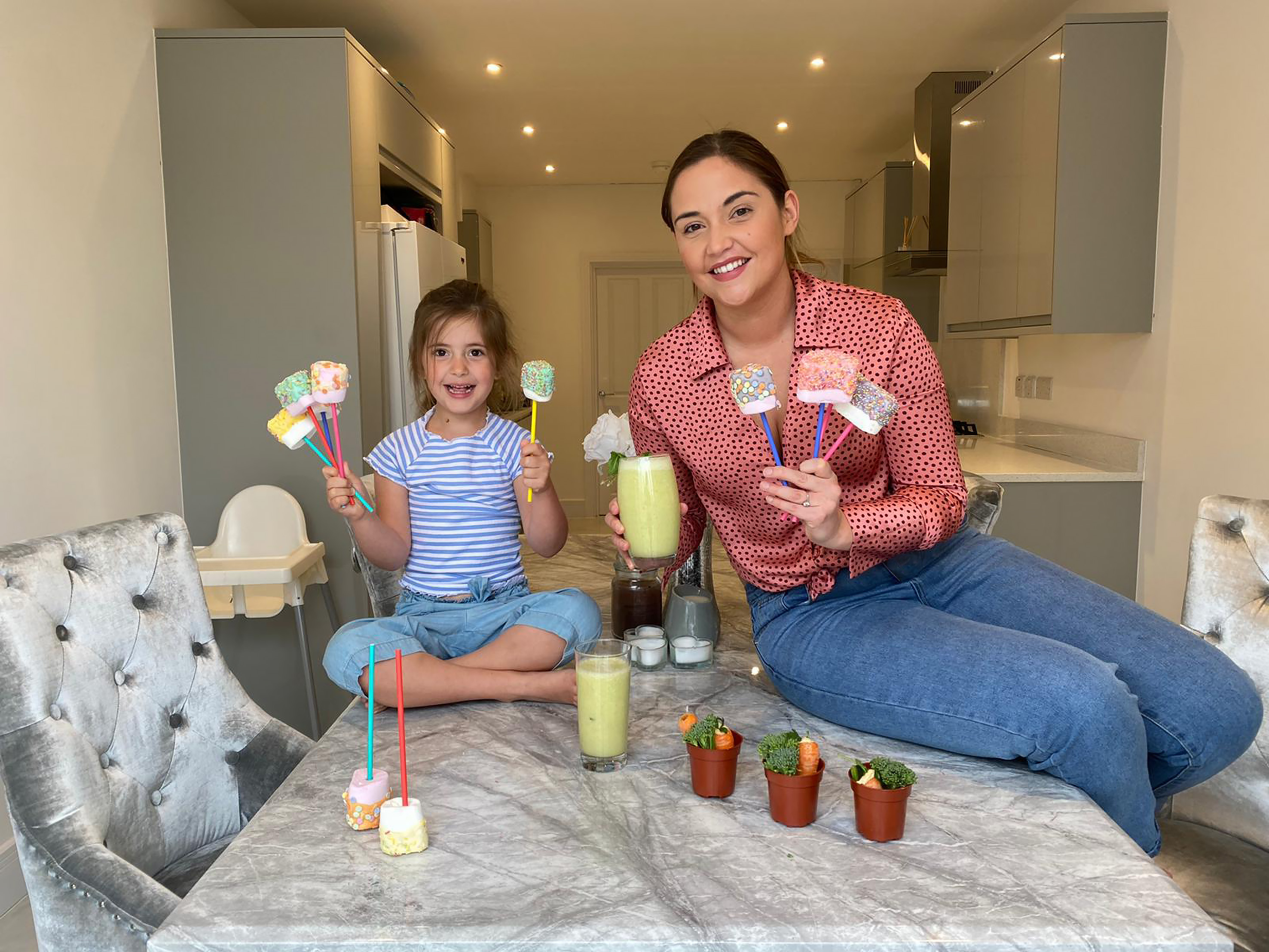 Whipping up some whimsical creations, families tuning in can expect to see Jacqueline making a hummus vegetable patch even Peter Rabbit couldn’t resist.

Other recipes (see below) include a pineapple smoothie SpongeBob SquarePants would be seen slurping.

You can also make magical mallow lollies that would have the My Little Pony gang ‘neighing’ with delight.

Families can recreate their very own TeaV Party at home using the seven easy-to-follow recipe cards and supporting colouring-in sheets available to download on the NOW TV Facebook page. 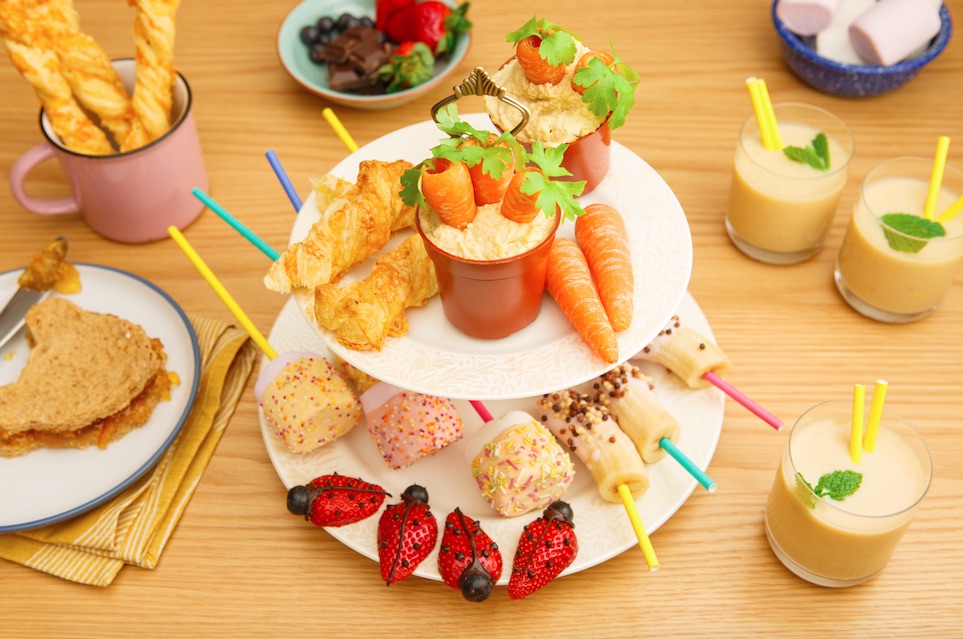 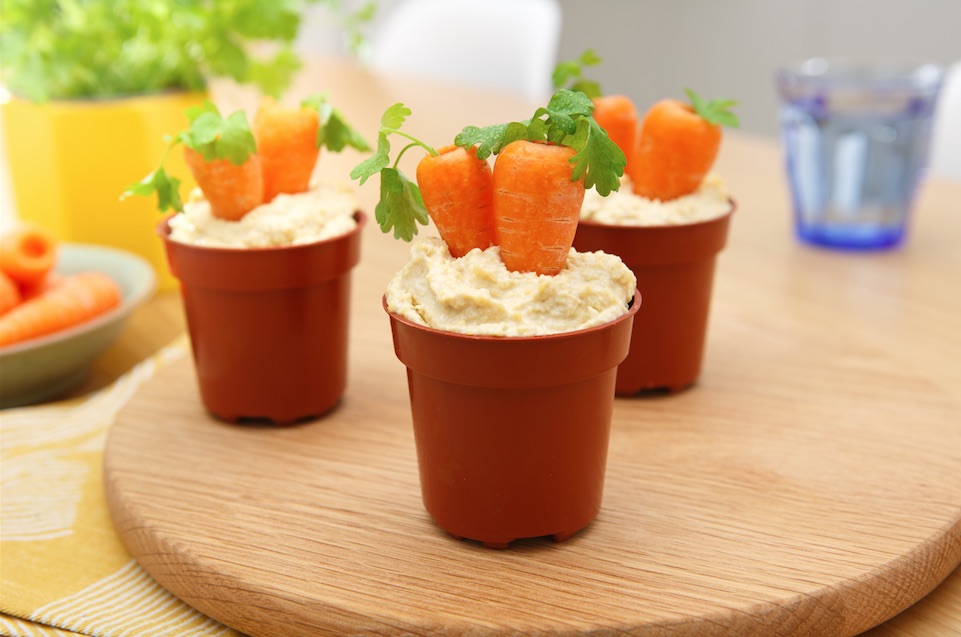 Jacqueline Jossa commented on her family’s fun-filled afternoon, “The NOW TV Kids TeaV Party brings some of my girls’ favourite TV shows to life and is something all the family can do together.

“I’m no cooking pro and often have to wing it, that’s why we’ve created these 7-fuss free and easy to follow recipes for everyone!” 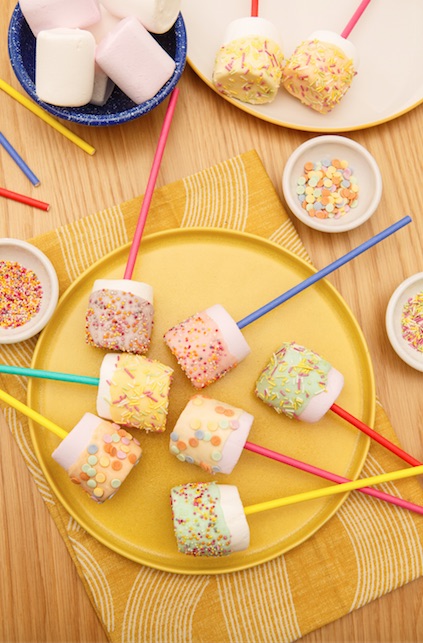 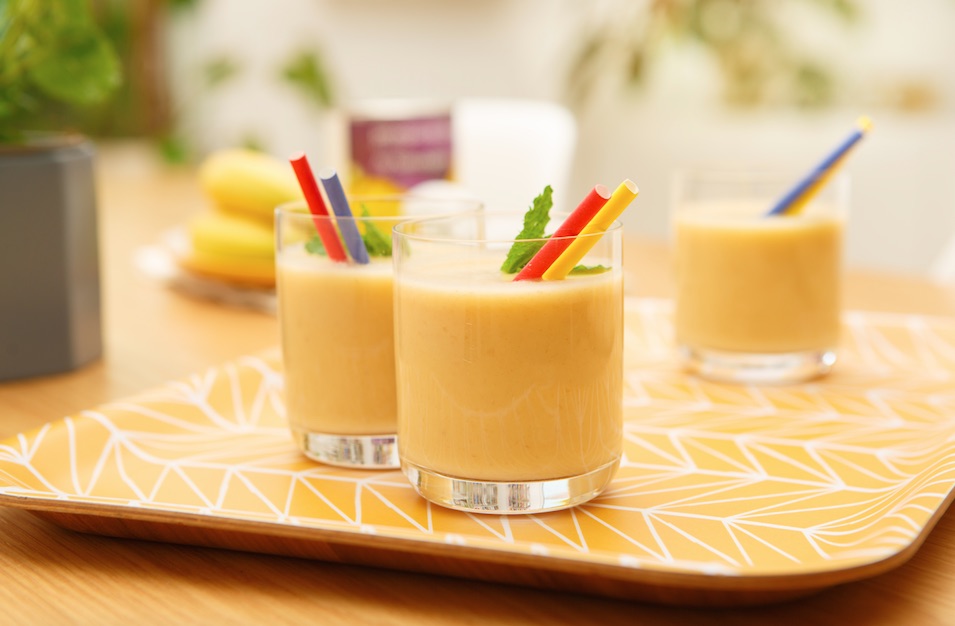 Fill small plastic plant pots with hummous until it almost reaches the rim.

Then "plant' the veggies in the top so that they appear as though they are growing.

You can use sprigs of parsley on top of the carrots to act as stalks if you wish.

Push a paper straw into the bottom of each marshmallow.

Break up the white chocolate and melt it in the microwave checking it every ten seconds – try not to overheat it.

Divide the chocolate into several different bowls before adding the food colouring and stirring.

Dip your marshmallows into the chocolate before sprinkling with hundreds of thousands or any edible decoration of your choice.

Stand them up in a glass and leave them to set for 15 minutes in the fridge.

Place all the ingredients (apart from the mint) in a blender and whizz until smooth.

Poor into a glass and serve with a sprig of mint.

In other parenting news, we told you how a mum was trolled by Facebook users for the state of her garden when she asked for advice.

We also revealed that a mum, 48, has welcomed a baby after trying for 14 years and spending £50k on IVF.

And a mum found a checklist of sex toys and positions accidentally printed in her young daughter's Frozen 2 diary.