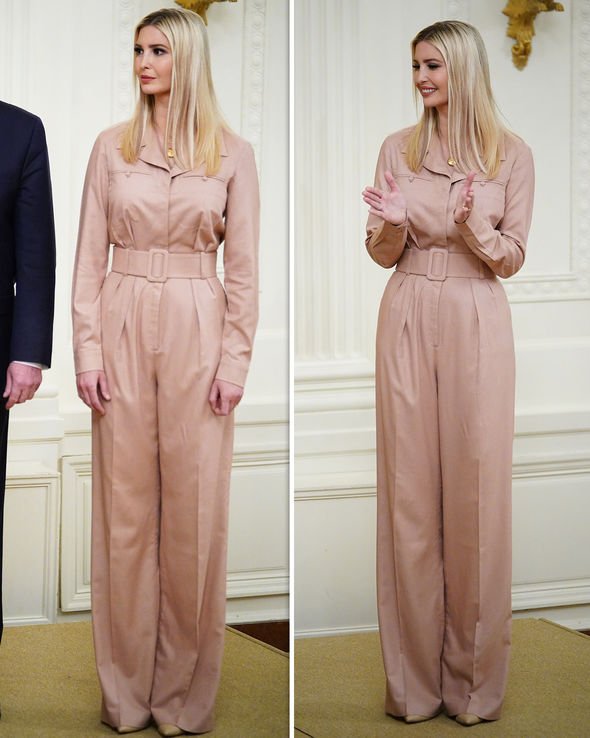 Donald Trump hosted the small business event in the East Room alongside daughter Ivanka Trump yesterday to highlight the Paycheck Protection Program used to support small businesses during the coronavirus outbreak. As Ivanka returned from her break at her father’s New Jersey golf course, she stepped out in a blush jumpsuit and nude heels.

The 38-year-old businesswoman wore a Gabriela Hearst silk cashmere jumpsuit which retails for £2,595, though it’s already out of stock as fashion fans scrabble to get the look.

The jumpsuit has long sleeves and a utilitarian silhouette, with a belted waist and a relaxed fit with button fastening.

The spring style was completed with a pair of nude Gianvito Rossi pumps with PVC panels, a high stiletto heel and a classic pointed toe.

Similar shoes from the designer retail for upwards of £500 a pair, and it’s a style Ivanka has worn before, owning them in both nude and white colourways. 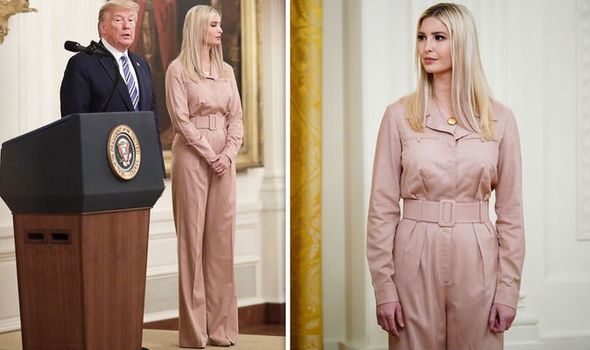 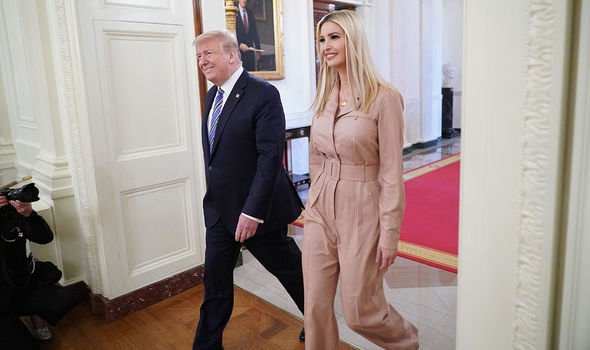 The chic jumpsuit was quite a different look for the President’s daughter, who is often seen in smart blouses and dresses when she hosts political events.

Matches Fashion has a midi dress in the same style available on its site by Gabriela Hearst, costing £2,495.

Posting on Instagram, Trump shared a collection of photos from the day with the caption: “Today, we were honored to host incredible small business owners and workers at the White House.

“Their stories inspire us, and we are proud that they are among the roughly 60M Americans receiving financial support through the Paycheck Protection Program. This virus was no fault of their own. We will always support our country’s great small businesses!”

She later shared another snap from the day of one of the business owners she’d met at the event.

The caption read: “Meet Michael from Bitty and Beau’s Coffee. He absolutely stole the show today — he’s an inspiration as is his employer, small business owner Amy Wright!

“Because of the Payment Protection Program, this unique five shop coffee chain was able to rehire their 120 employees, including Michael, and continue to brighten the days of each of their customers!”

The stylish adviser is posing with thumbs up in the candid photo which received over 100,000 likes.

The event was hosted by Donald Trump, who recently signed off on a $484 billion plan to help small businesses during the coronavirus outbreak.

He introduced Ivanka before she took to the podium to make a speech, and praised her for the way she supports small companies.

He claimed she has ‘created many jobs’ saying she’s now on ‘almost 15 million people’, something his daughter didn’t correct him on when she took the microphone.

Speaking to the small crowd, the President said: “That’s what she wants to do. She wants to help people. From the beginning of my administration, Ivanka has used her experience as an entrepreneur to fight for the American worker. She has created many jobs. That’s what she did when she first came in. 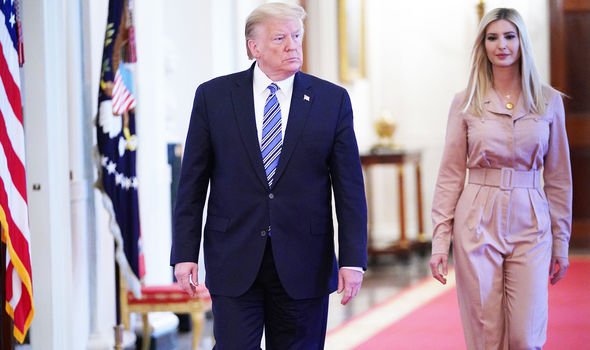 The well-dressed Ivanka then took to the stage to address the group.

It was the first time the Women Who Work author had been seen publicly since the start of Passover.

The president’s senior adviser reportedly went to stay in Bedminster for the religious festival, after posting a selfie on Instagram with her daughter creating their own face masks – hers had ‘USA’ stitched onto it.

This article contains affiliate links, which means we may receive a commission on any sales of products or services we write about. This article was written completely independently, see more details here.