“It’s Never Too Late” is a new series that tells the stories of people who decide to pursue their dreams on their own terms.

Hear the one about the opera singer-turned farmer?

There isn’t a punchline. There’s just the pre-dawn wake-up, and the baling, and the 150 heifers, and one with pink eye and the thousand other realities of Martha Prewitt’s new existence.

This wasn’t the plan. Growing up on the family farm in Versailles, Ky., two centuries of Prewitt corn and hay and cattle bearing down, the plan was: leave.

She did, following a passion for performance into 15 years of classical singing and opera, performing with the Knoxville Opera, Capitol Opera Richmond in Virginia and Charlottesville Opera in Virginia, and earning a Master’s degree in vocal performance along the way. But sometimes passions curdle, and sometimes barn doors blow back open.

At 33, following the sudden death of her father last year, Ms. Prewitt came home again. It never seemed possible, doing what he’d done all those years. But there, under the wide Kentucky sky, she discovered that something had shifted. (The following interview has been edited and condensed.) 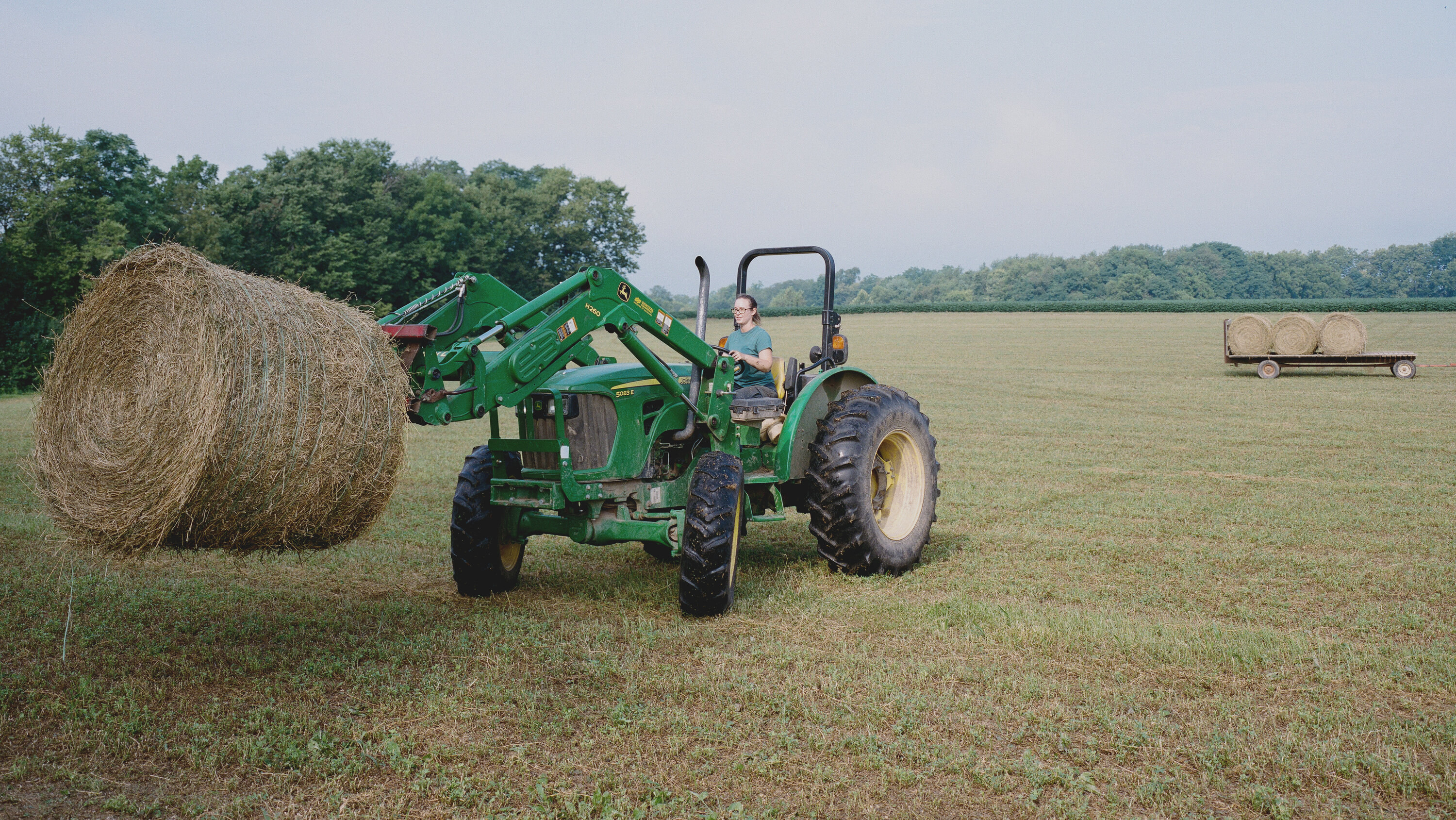 Tell me about the opera life you’d been leading before this change?

I got into opera through choir, in high school. The thrill of singing with an orchestra, the vibration in your bones, being totally in character and completely outside of yourself. There’s nothing else like it.

But there are things about the industry that didn’t gel with me, politically and culturally. With a few exceptions, I thought the opera world was operating under an outdated, elitist business model. A few years ago I started to fall out of love.

Had you ever considered farming?

The farm’s been in the family since 1780 or so. My dad was a farmer from when he could walk. He could do anything: build a house, fix machines, tend to the soil’s pH level, plumbing and electrical work. Farming never seemed right for me, partly because I just didn’t think I could do it. I’m a woman, I’m 5’6” — that was a lot of it.

After he passed away in June 2020, I was living at home again to be with my mom, and this little worm started to work its way through my brain: ‘Women can be farmers, too. Maybe you’re not strong now, but maybe throwing hay bales around will make you strong.’

What was it that made you take that chance?

I always knew I’d eventually inherit the farm, and it means a lot to me that it stays a farm. Who knows what developer would buy it and turn it into some subdivision or shopping center?

I started thinking, if it means that much to me, why not take it on? Why not me? Soon I was researching things like regenerative agriculture, or how much chemical to put in the spray mix. 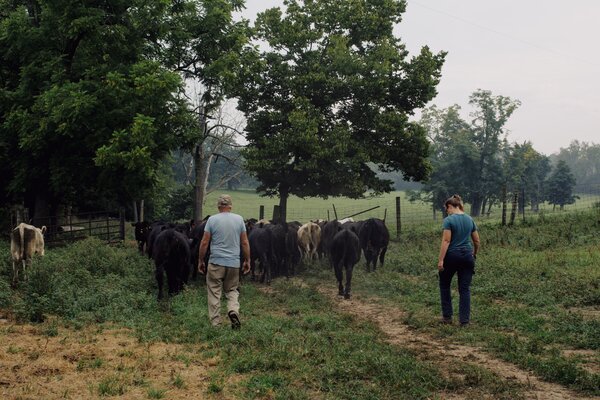 How did you get started?

Those first few days, I began getting up early and going out with our farm manager, Sherman. At first we’d just feed the cattle together, and then I started working full days with him.

I began to love it. If there’s any aspect of farming you don’t like, it’s not long before something different needs to get done. I got stronger. And I learned that I’m pretty optimistic, which is good, because a farmer has to be.

How did you find the courage to take on this huge project?

My dad once told me, “When things need to get done on a farm, you just have to get them done. There’s no choice.” It’s true, and I’ve learned that suits me. I’m still pretty terrified, but I’ve also started to think, maybe I can be good at this.

How has this new life changed you?

During lockdown, I didn’t go outside for six weeks. I didn’t even walk out to my car. Now I’m outside every day, for most of the day. I’ve hardly used my computer since moving back, and I don’t watch much TV. I have a much deeper appreciation for nature and the environment — its beauty and also its power.

Do you still sing?

A lot of what I do these days is driving a tractor. It’s great because I can sing as loud as I want. “Un bel dì vedremo,” from “Madama Butterfly” is one of my favorite arias, and I’ll start singing it in the middle of a field, surrounded by trees and birds and dirt. I’ve sung to cattle a few times. Sometimes bugs fly in my mouth.

What would you tell other people who feel stuck and are looking to make a change?

Everybody has a different path. In my case, just because all these other farmers have been doing it all their lives, it didn’t make my ability to farm any less.

If you’re feeling stuck, being patient and not freaking out about it is so important. Everything you do gives you experience and skills and tools, wherever you go. I ended up finding something much more profound than I’d ever expected. It’s as if I’m working in all times, past, present and future, in the midst of my ancestors who were here before and future generations who will come after me.

Anything you wish you’d done differently when you were younger?

What can people learn from your experience?

People always say, “Follow your passion.” Well, I tried that. I sang opera. It ended up not being how I want to spend my life.

I took, I don’t know how many, personality tests. Nothing ever said I should be a farmer, except this little nagging voice saying maybe I could.

We’re looking for people who decide that it’s never too late to switch gears, change their life and pursue dreams. Should we talk to you or someone you know? Share your story here.