“Opening my eyes in an unfamiliar room, I tried to get my bearings. I felt groggy and confused, and there was a tube attached to my throat. 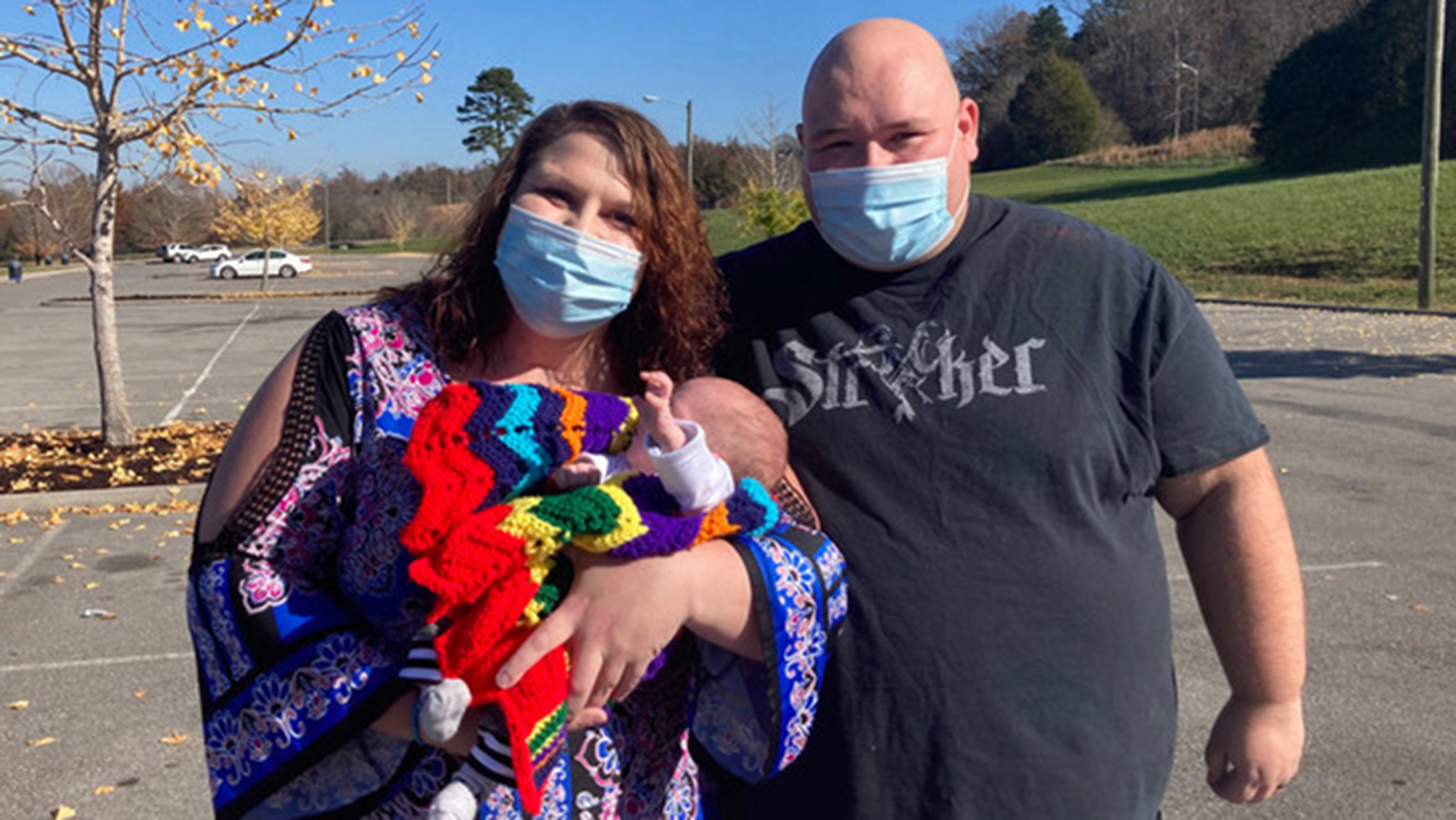 Then I saw a photo of a newborn baby on the wall. My hands touched my stomach and I instantly knew the picture was of my son.

I had my son George from a previous relationship by the time I met Josh on a dating site in March 2015.

Josh and I went on to marry in December 2018, and were thrilled to discover I was pregnant in March 2020.

Living in rural Tennessee, at first the coronavirus pandemic didn’t seem real and I assumed it would all blow over quickly. 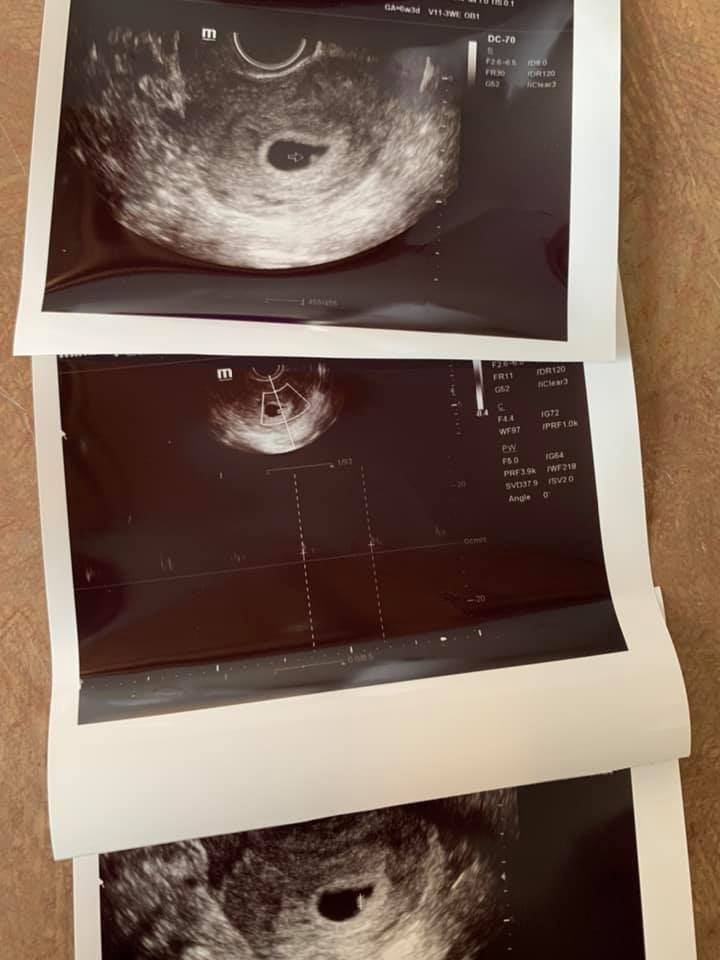 We got on with our lives as normal and didn’t wear masks or practise social distancing, as our local politicians didn’t set out any restrictions for us.

In September at my 28-week scan, we found out that we were having a boy, and we named him Tucker.

Afterwards, we celebrated at a barbecue restaurant, but while I was eating I realised I couldn’t taste or smell anything. Knowing this was a Covid symptom, the next day I went for a test. It came back positive.

I told myself that everything would be fine, but six days later, on September 18, Josh woke me in a panic, saying that I had been breathing strangely. 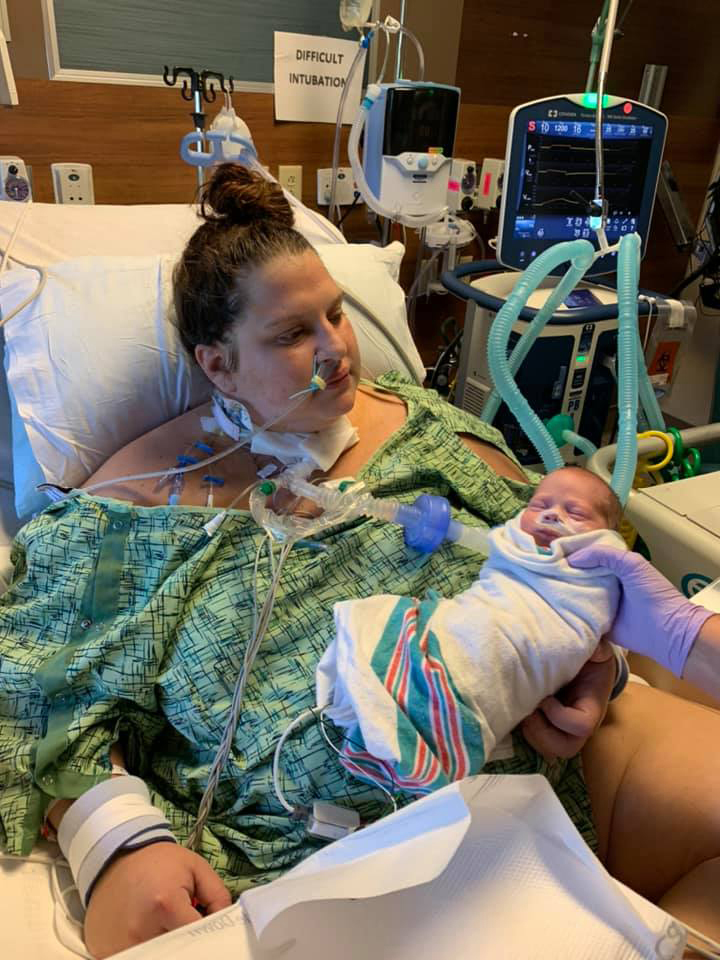 I had a fever and taking even a few steps left me struggling for breath, which was terrifying.

Josh drove me to the hospital, unable to come in because of Covid. As the nurses checked me over and brought in an oxygen machine, my panic grew. Was I going to lose my baby?

Six days later, I was so sick I was put on a ventilator and placed in an induced coma.

Doctors told my family I might not survive and they performed an emergency C-section and delivered Tucker, despite him not being due for more than seven weeks. 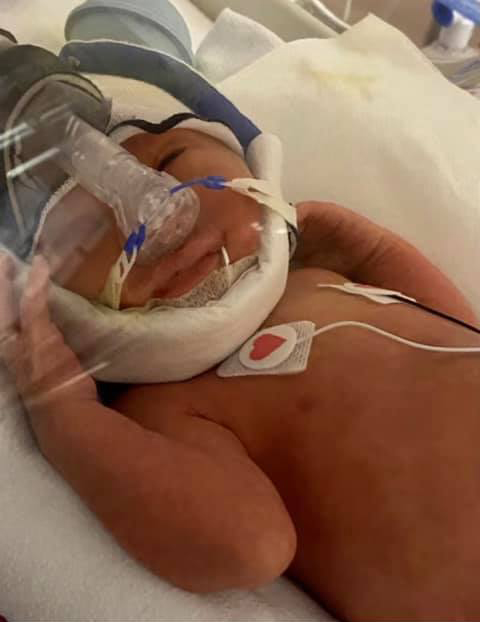 In the days afterwards, they tried twice to take me off the ventilator, but I wasn’t able to breathe by myself.

Eventually, on October 14, they managed to do a tracheostomy and remove the ventilator.

When I woke up in the strange room, I was sure that only a few days had passed – but in fact it had been three weeks. As panic set in, I wondered where Josh was, and became extremely anxious about Tucker.

Thankfully, the nurses told me he was a healthy weight despite arriving early, and was doing well in the NICU. 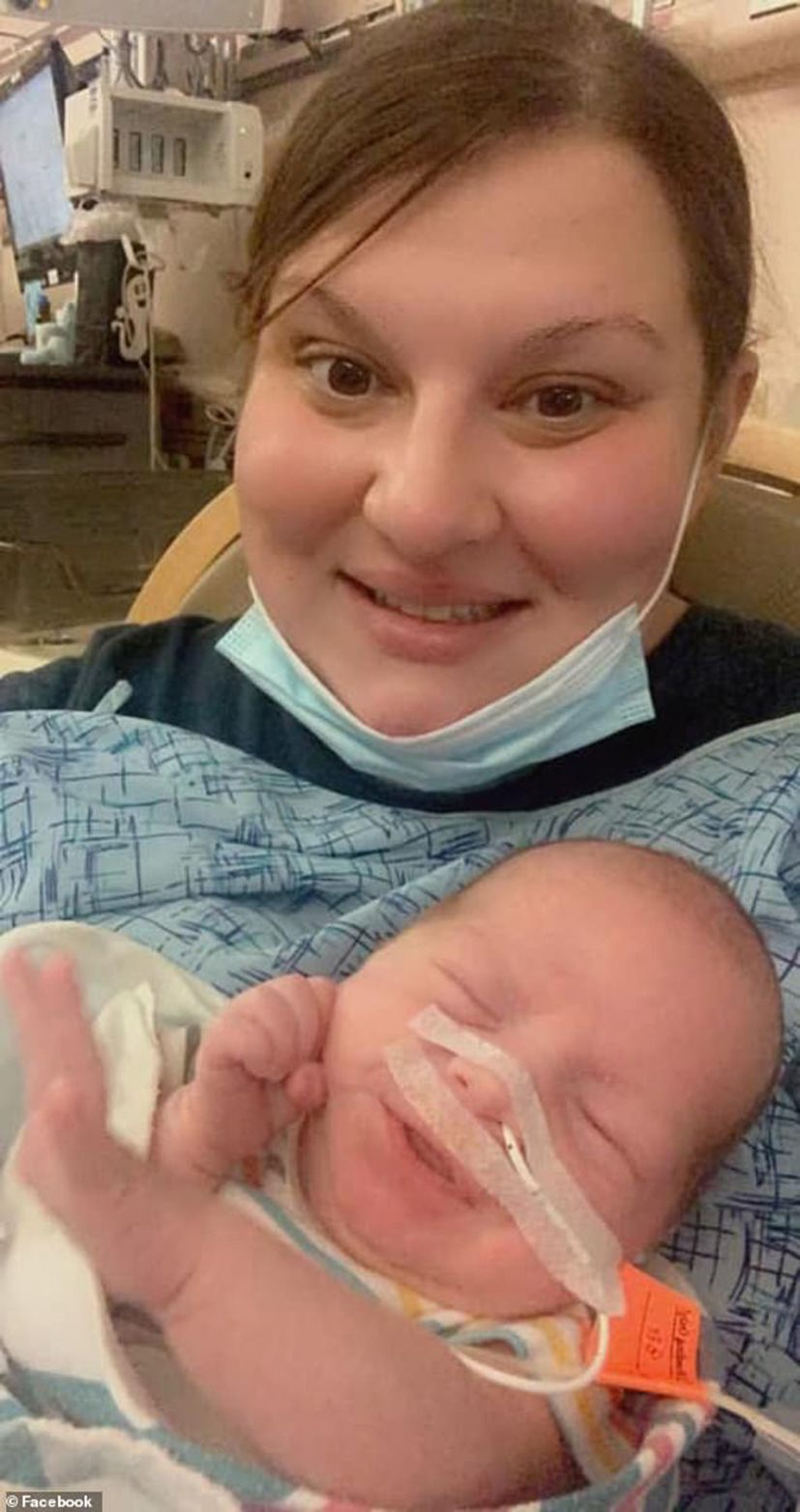 Sadly, Josh hadn’t been allowed at the birth, but he visited Tucker every day. So much time had passed that my caesarean scar had healed, and it was almost as if I hadn’t been pregnant at all. It was so surreal, I had to be given medication to keep me calm.

Josh had to take a Covid test and wait two days before he could see me, but we FaceTimed that day and I could see the strain the past few weeks had put on him.

He’d been so happy to meet Tucker, but also had to hear doctors say that I might not make it.

I was desperate to meet Tucker, but the first time I saw him I was heavily medicated and I can’t remember it. 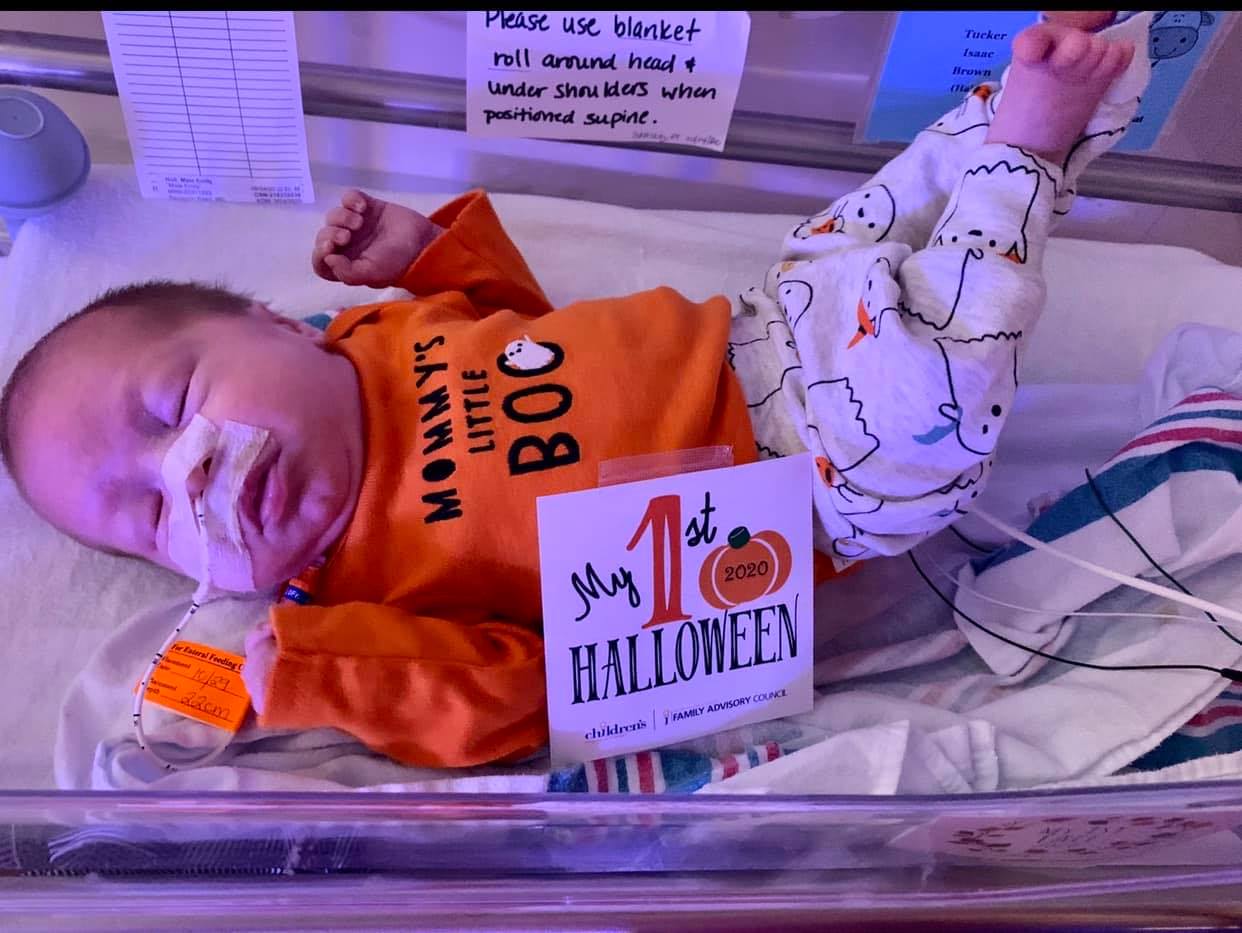 So two days after waking up I met him properly. Even though he wasn’t the tiny newborn I’d expected, the rush of love was just as strong.

Still, I was devastated to have missed all the early moments, like hearing his first cry.

When Josh and my mum were finally allowed to see me a few days later, there were so many happy tears from us all.

I was discharged on October 20, six days after I’d woken up.Tucker was kept in hospital for another two weeks, but Josh and I visited every day to feed him.

Now we’re home, I’ve felt overwhelmed by the support from friends and family. Tucker and I are healthy and I’m loving getting to know him, as is his big brother George.

The situation in Tennessee is terrible – there have been more than 10,000 Covid deaths.

I want everyone to know how important it is to take this virus seriously. It’s a miracle that Tucker and I are both here and healthy.”

In the UK, a woman gave birth to twins while in an induced coma due to Covid.

Perpetual Uke’s son Pascal and daughter Palmer were delivered in April, and she woke up two weeks later.