A MUM who was taking her contraceptive pills “religiously” gave birth to her surprise baby girl on the toilet.

Grace Meachim had no idea she was pregnant and had the shock of a lifetime when her waters broke when she got up to use the toilet one night. 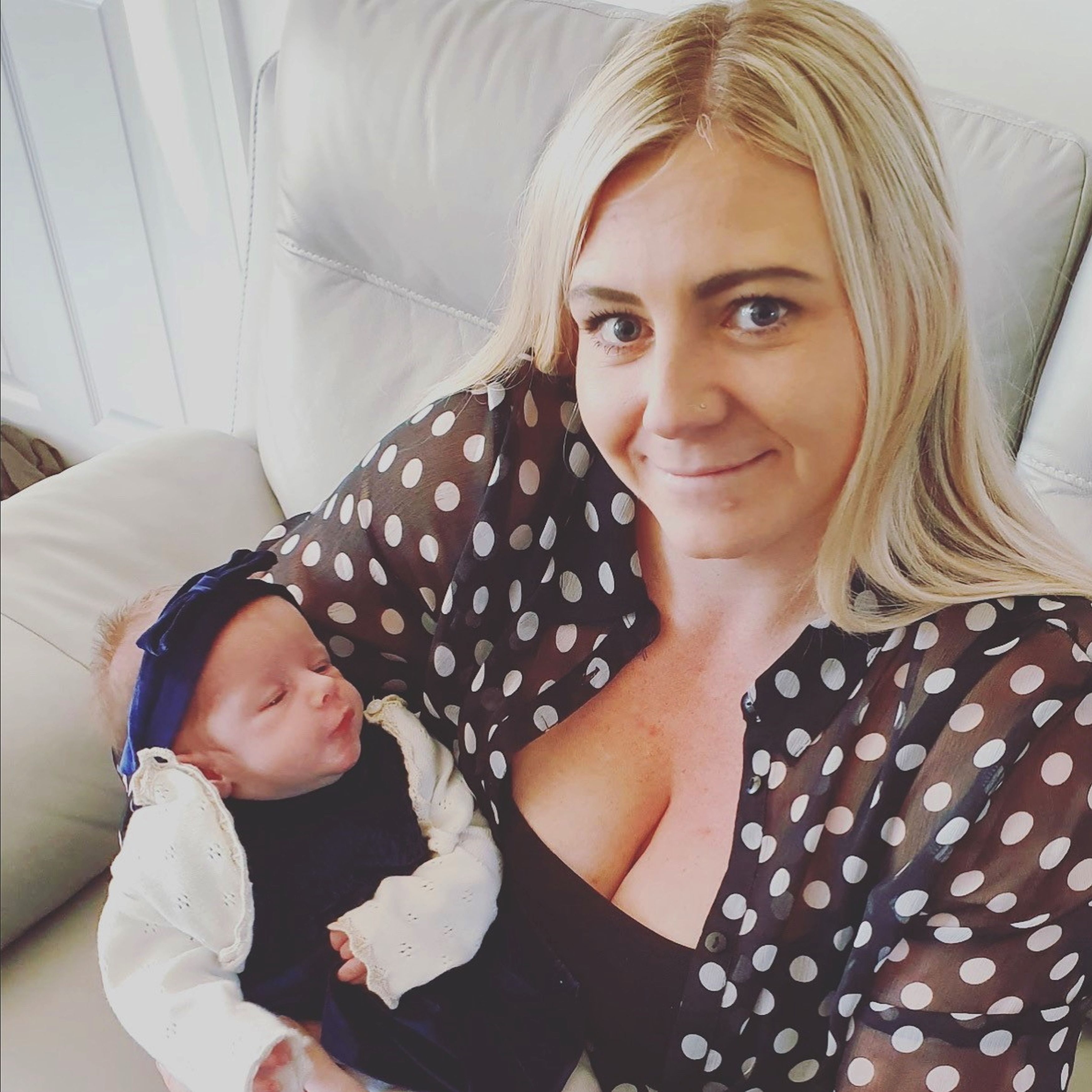 The 32-year-old and her husband James, 34, were adamant they would only have three children and James had been awaiting a vasectomy.

Around six month ago Grace awoke in the night as she was feeling run down.

She got up to go and take some paracetamol and to use the toilet.

The sales adviser had no idea she was 37 weeks pregnant and didn’t even have a bump. 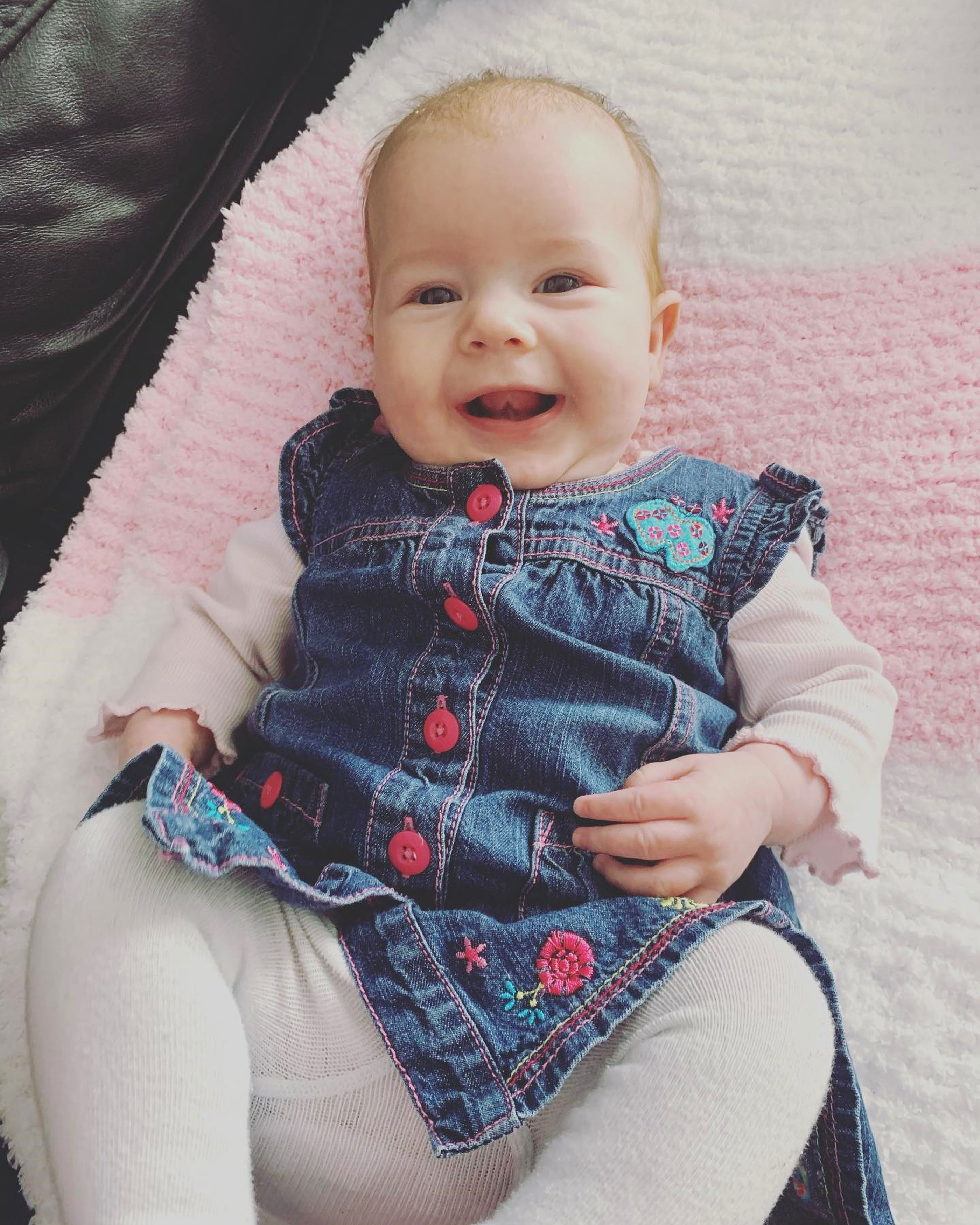 When she sat on the toilet she felt her waters break and let out a scream.

Both James and her eldest son Tyler, 13, ran to her aid and Grace told them to call an ambulance and said “something’s coming”.

Just moments after James called 999 he had to drop the phone and rush to the toilet so he could catch little Sienna.

Sienna was born on December 5 weighing 7lbs 5.5oz and she was taken to hospital with Grace. 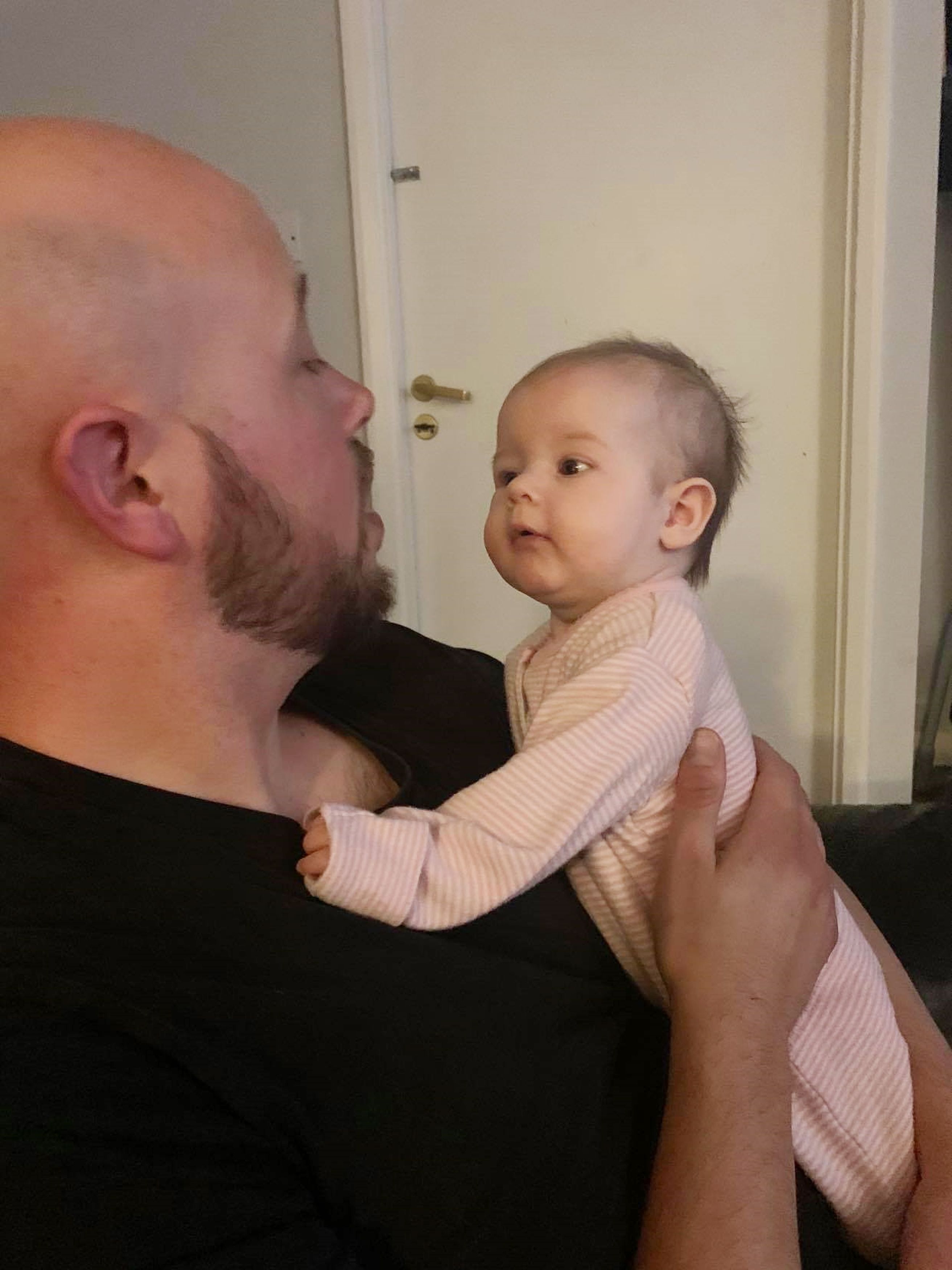 They were both sent home after being given a perfect bill of health.

Despite their new bundle of joy being a fantastic addition to the family, the couple, who live in West Sussex, say they will not be extending their brood to five.

Grace said she was so frightened when her waters broke and said it was “surreal”.

“I hadn't had any build-up to it at all, no pain, nothing.

She was such a nice surprise, she is that little bit extra special to us. And we definitely know she's here now, she is really coming out of her shell.

“When I'd gone to the loo, I didn't feel like I was going into labour at all. After three previous pregnancies, I know what that feels like.”

She said she had been well aware of what was happening and “went into shock”.

“All I can remember thinking is 'oh my god, is this really happening?'.

"My husband and our eldest came running down. James called the ambulance and I was shouting 'there's something coming'. 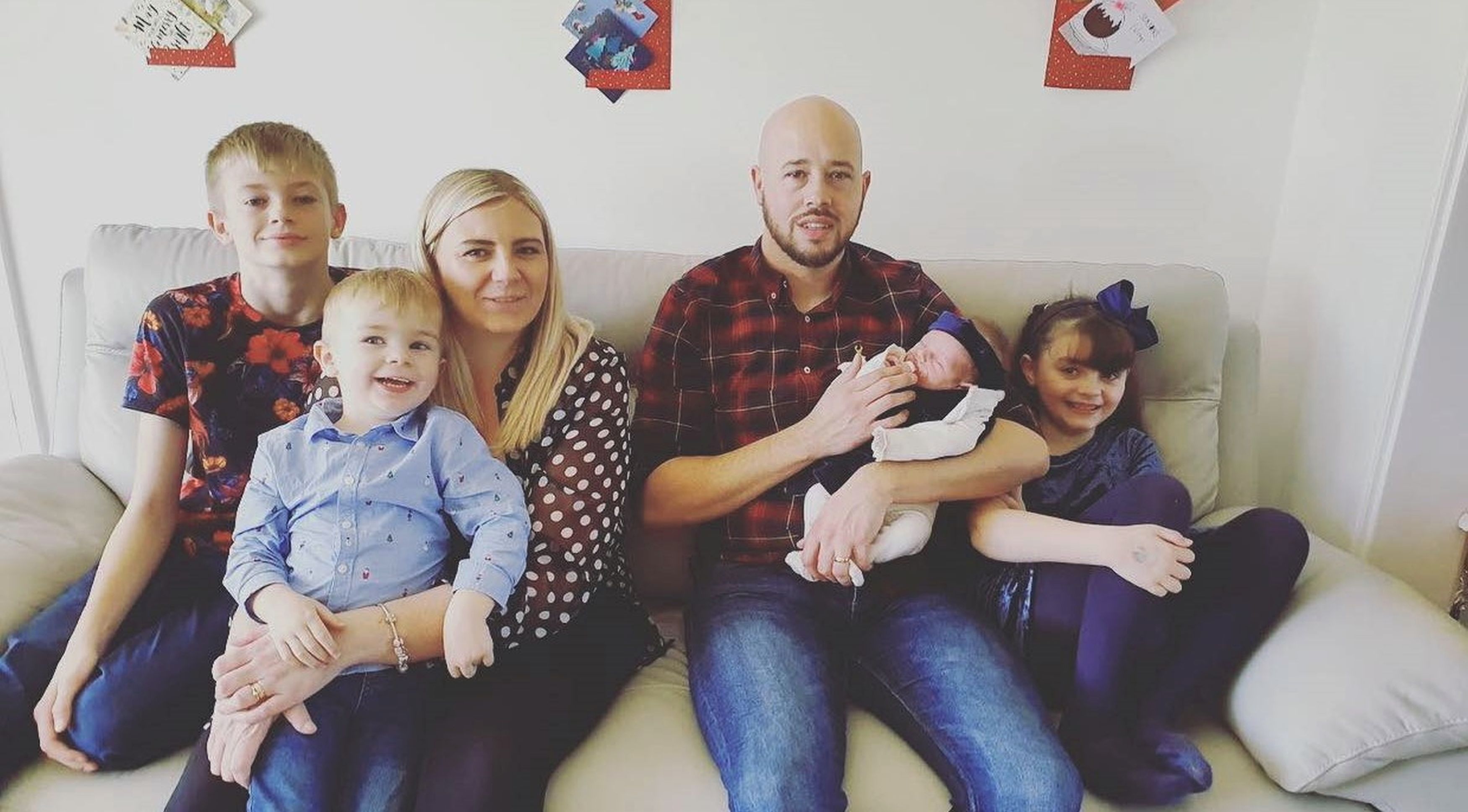 "He told the operator 'I think it's a baby but she's not pregnant'. As soon as he said that he had to throw the phone to Tyler because I screamed 'quick, catch it’.”

Within seconds she said her husband had his hands down the toilet ready to catch the baby.

"It was very strange, it was like something out of a movie.

"I just kept saying 'I'm sorry' to my husband because we'd been dead set against any more children.

"James was waiting to be booked in for a vasectomy and I'd planned to up my hours at work so we could start saving for a mortgage.” 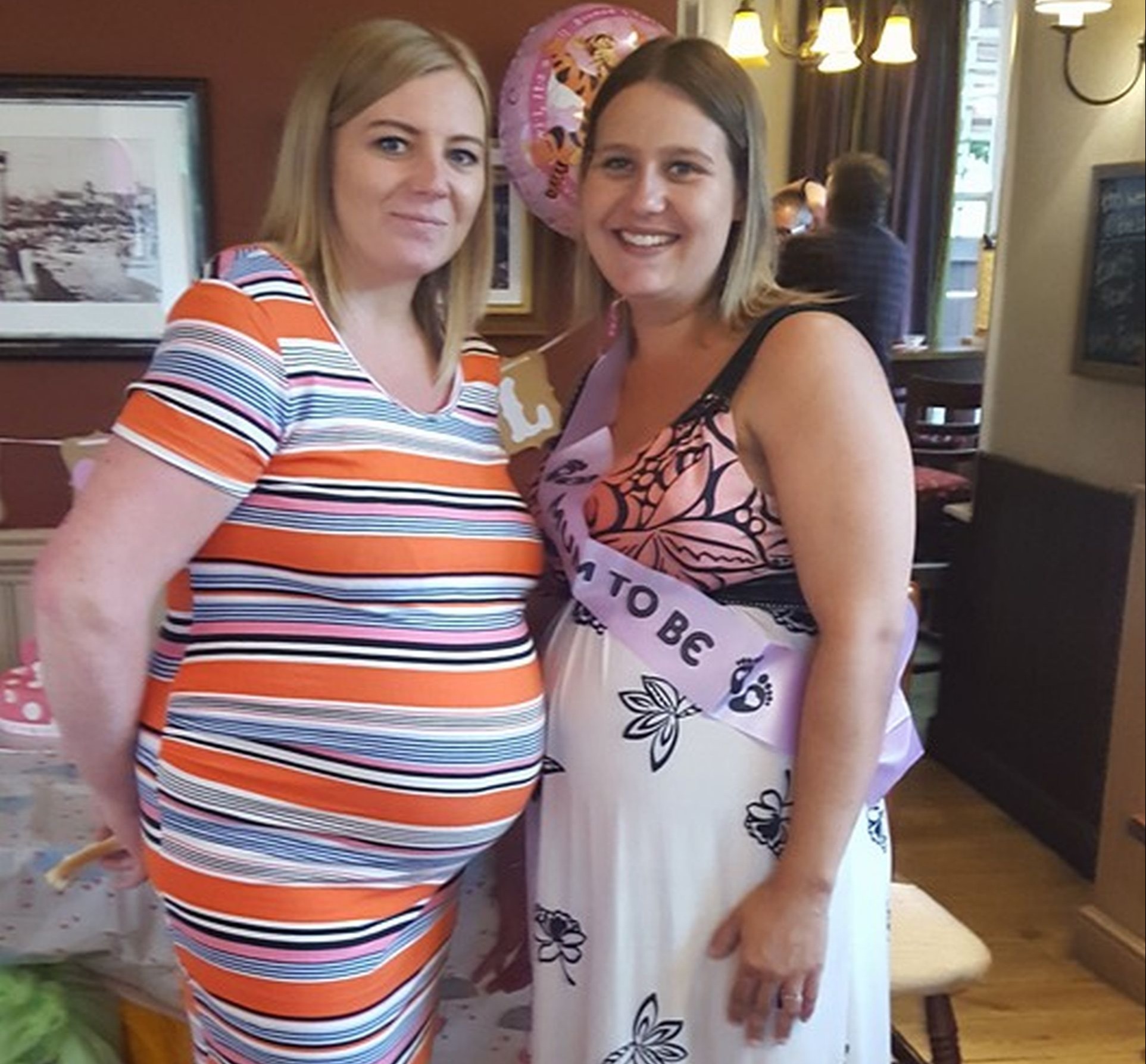 The family had celebrated their sons’ birthdays in September and Grace said she had been drinking more than usual in the lead up to Christmas.

"I'd also been on strong painkillers for a bad shoulder so they kept us in for a while to make sure she was okay.

"She was perfect and a really good size, I have no idea how I hid that.

"She was such a nice surprise, she is that little bit extra special to us. And we definitely know she's here now, she is really coming out of her shell.

"We wouldn't change it but it's definitely no more kids now. I've told James he needs to chase up his snip as soon as lockdown is over."

In the months leading up to Sienna's birth, Grace had been having regular periods and taking her contraceptive pill.

The mum had developed a 'slight lump' in her tummy which prompted her to take three at-home pregnancy tests just in case – and they all gave negative results.

In her three previous pregnancies, Grace not only had very visible bumps but also experienced the usual pregnancy symptoms like morning sickness.

Grace decided to visit her GP in September, when she would have been around five months pregnant, and the doctor conducted another pregnancy test which also came back negative. 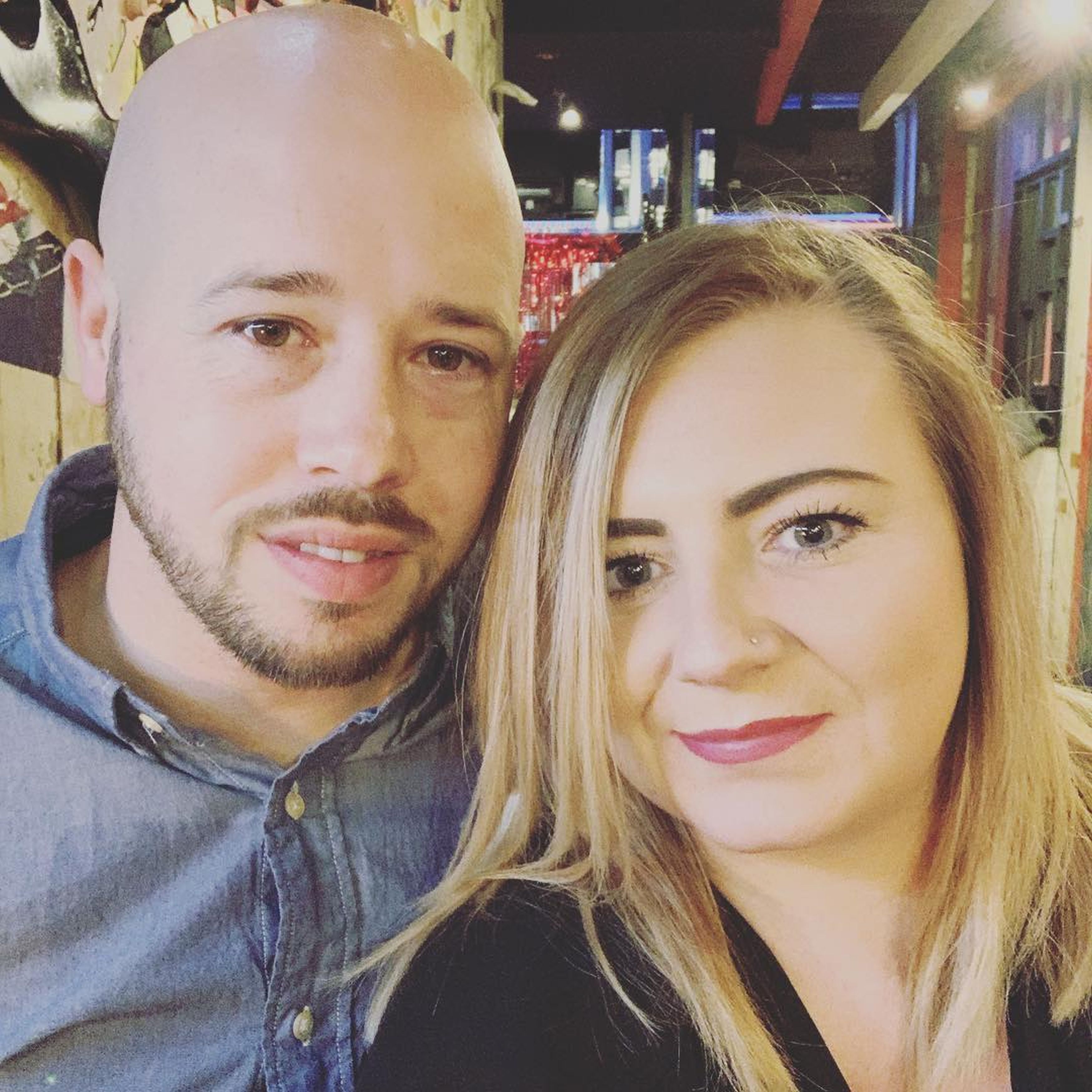 After having a feel of her stomach, the GP diagnosed Grace with a recurring cyst as the mum had suffered one the previous year which dissipated on its own.

The mum was due to have an ultrasound of the 'cyst' in January 2020 but Sienna was born a month earlier.

She said had no signs or symptoms with Sienna and was otherwise healthy.

"The only reason I took the tests was because I had a slight lump in my tummy but it wasn't a massive or noticeable bump.

"The year before I had had a cyst that eventually dispersed so when I went to the doctor again last year about the lump, she checked it out and said it felt the same as last time.

"Because I was healthy otherwise, they didn't want to do surgery to remove it but said I'd probably have a scan in the new year.

"I was happy with that. I didn't want to take the time off work for surgery and I wasn't in any pain so I was happy to wait. That was all just a few months before Sienna arrived." 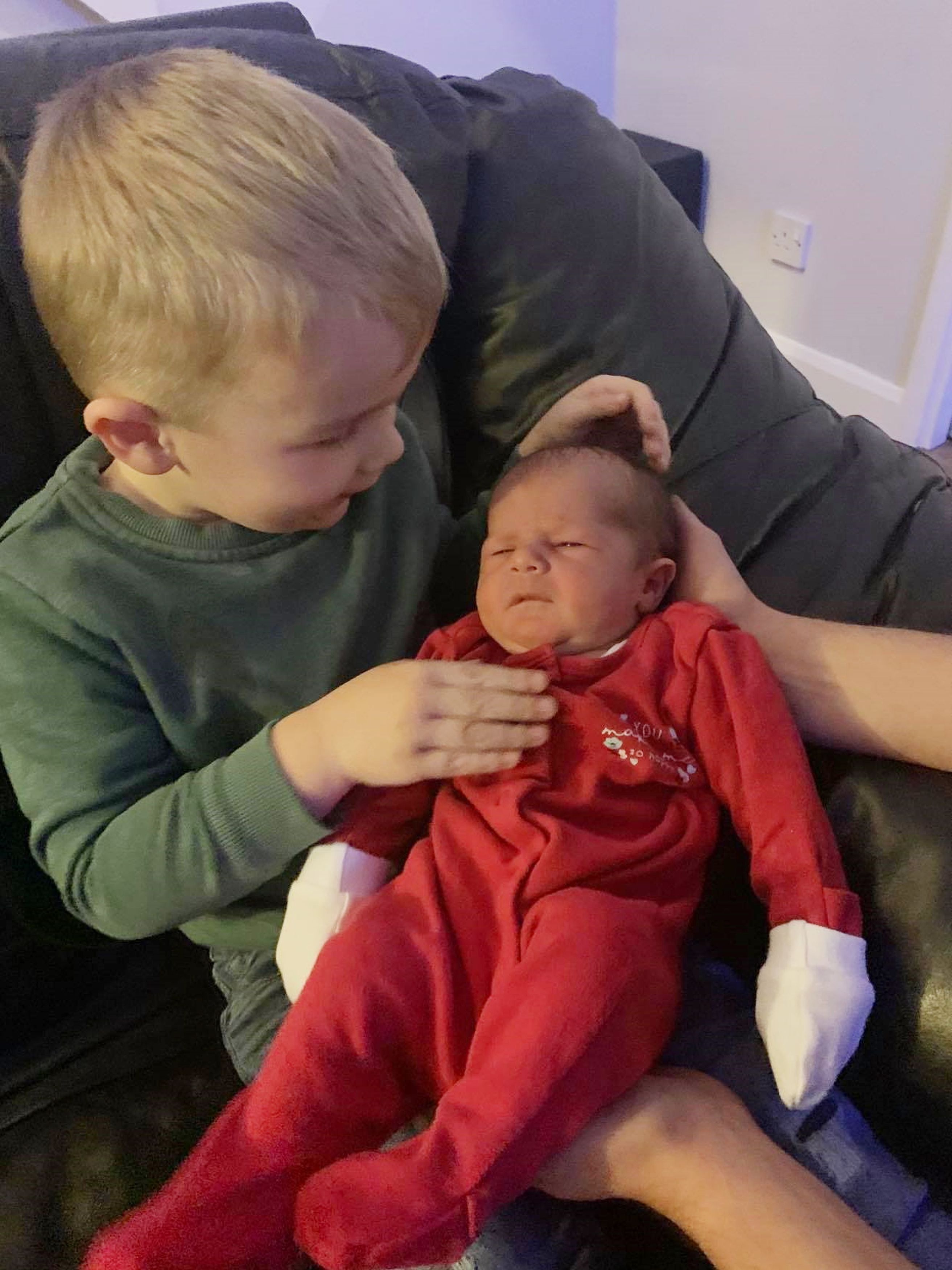 The couple’s family were stunned by the arrival and their family and friends rallied round to make sure they had everything they needed by the time they arrived home from hospital.

She said while the family were shocked there were a couple of people who told her they “knew she was pregnant”.

Grace joked that she wished they had told her and added that the number of people who turned up at their house with gifts was “incredible”.

After settling on Sienna and Alexandra as their top two picks, the parents let the baby girl's siblings Tyler, Jessica, nine, and Blake, three, make the final call.

Sienna's sudden arrival was a huge adjustment for toddler Blake who went to bed as the baby of the family and woke up as a big brother but Grace says he quickly adapted to his new role.

All of Sienna's siblings are besotted with their little sister and love to make her smile and giggle.

Grace said that Blake wouldn’t go near Sienna at first but by time they bought her home he was a different child.

She said all the kids have got a unique bond with Sienna.