ANYONE who’s ever planned a wedding will know that budgets are very important – and for this bride it’s the lower the better.

Cabin crew Stephanie, from Texas, is engaged to fiance Jimmy, and she will stop at nothing to make sure she gets the best price for her wedding. 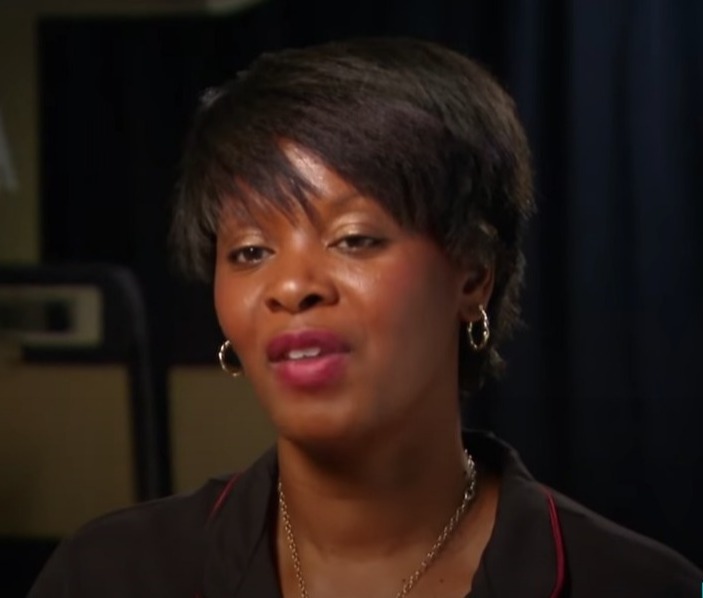 Stephanie, who appears on TLC’s Extreme Cheapskates, is not just tight when it comes to her wedding, with the bride-to-be living a very frugal lifestyle.

She says: “My mother used to say, make sure you turn off the light before you leave the room and of course nobody pays attention to that until you start paying the bill.”

But Stephanie takes it one step further, turning off her circuit breaker every time she leaves the house.

Working as cabin crew, Stephanie lives off what she considers are the perks of the job. 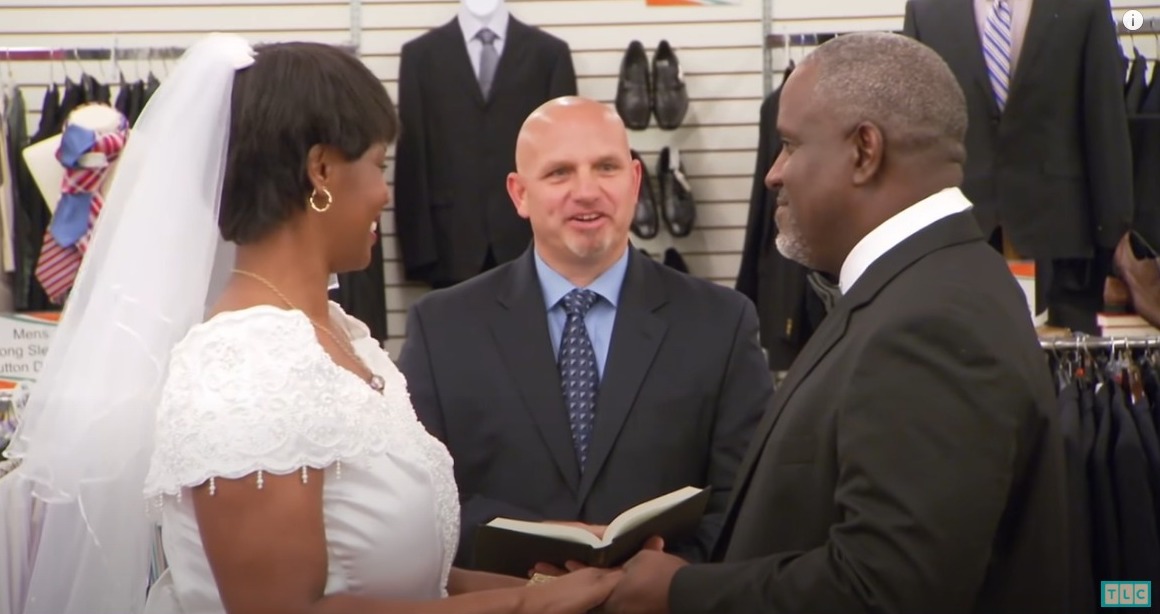 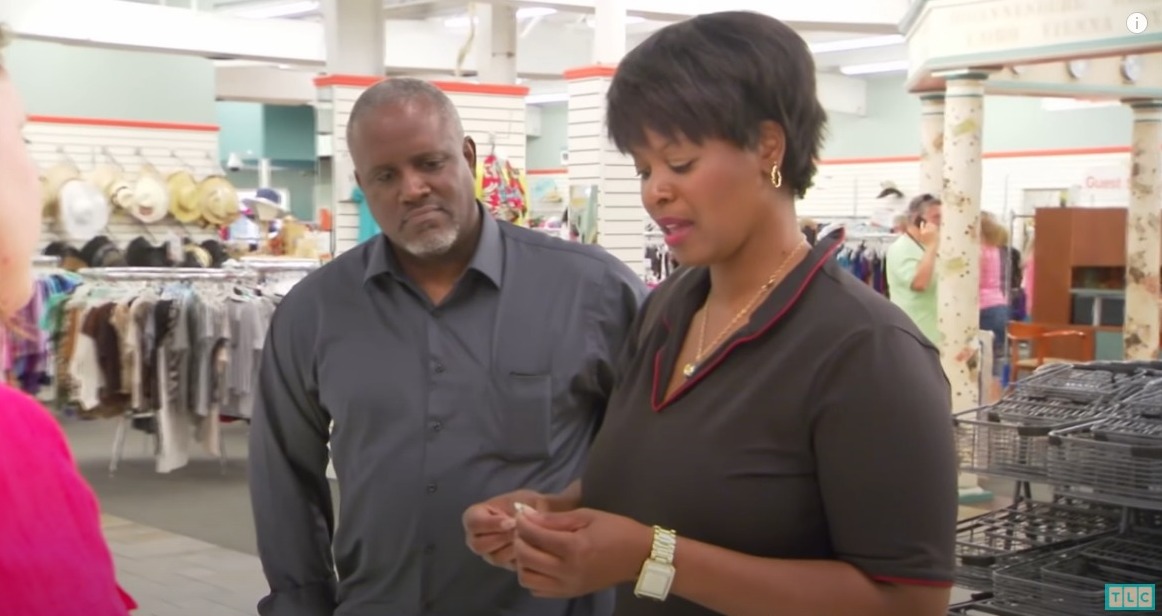 “When the passengers leave the plane I check to look for meals left behind by a pilot or a passenger,” she says.

“The food is perishable items, they’re going to throw it away if I don’t take it home and eat it, I’m saving myself about $15 on every meal.”

The flight attendant returns home every day with a haul of pillows leftover from the flight.

She boils the cases to sanitise them so that they can be repurposed as coffee filters, before repurposing the pillows as duvets.

Stephanie even stitches together the used airline blankets to make them into a comforter.

So it isn’t surprising when Stephanie steers clear of Tiffany’s when it comes to her engagement ring. 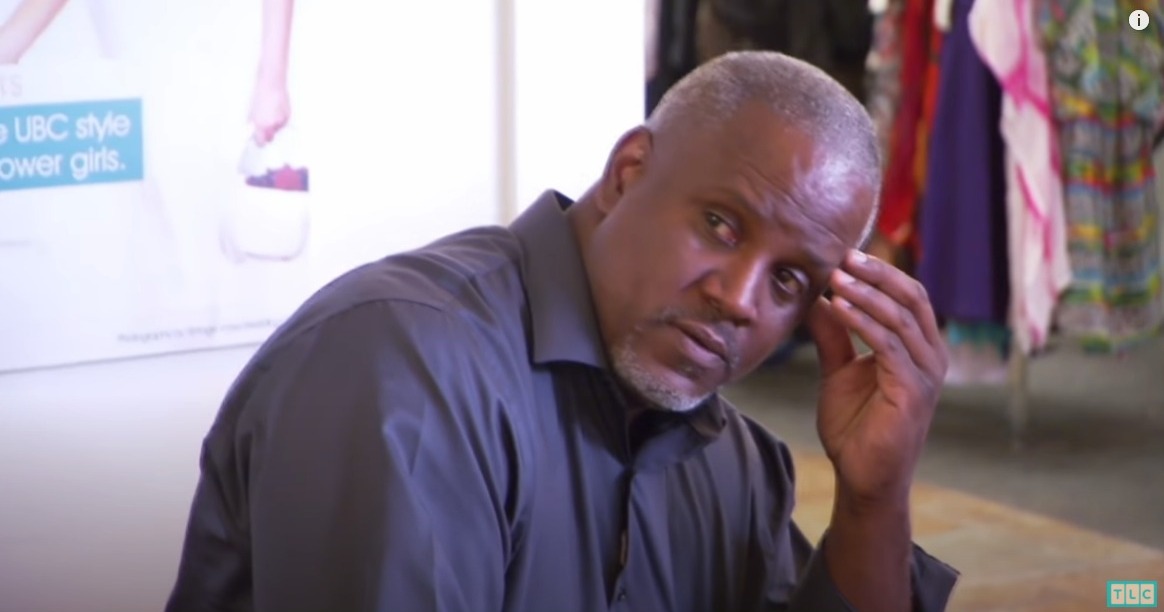 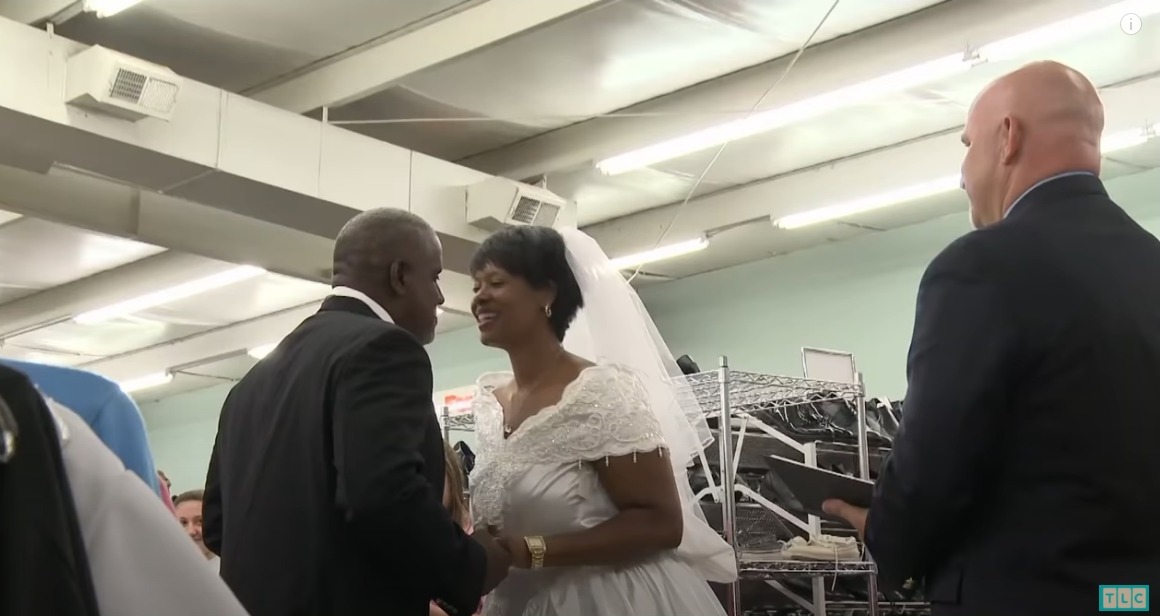 Instead she drags Jimmy to an unclaimed baggage centre to pick out a ring from lost property, eventually snapping up a sparkler for $177.29 (£127).

And after picking up a tux for just $55 (£39) and a bridal gown for $49 (£35) Stephanie decided to cut out the middleman and get married right there and then.

State of Alabama is home to 13,000 churches and countless ordained ministers, two of whom work at the unclaimed baggage centre.

After saying their I dos surrounded by lost property, Jimmy says: “It’s not what I envisioned for us but hey that’s my baby, she got what she wanted and I’m happy.”

And happy she is, with Stephanie adding: “Jimmy and I said I do at the unclaimed baggage centre, it was just a bargain that was too good to pass up.

In other wedding news, this woman married her best friend so that she could help her out with the kids.

And this "greedy" bridezilla was slammed for asking guests for £55 in cash.

Plus this bride asked for wedding ring advice online – but gets savagely trolled for the ‘horrifying’ state of her nails.