Fashion influencer Bryanboy is rolling around on a Milan hotel bed to Paris Hilton’s 2006 song Stars Are Blind in front of multiple cameras to capture various angles and not one but two ring lights to achieve the perfect glow. 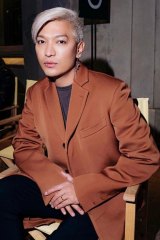 Bryanboy: “I have more value than being photographed.”

“I finally got out of my beautiful gilded cage in Sweden! I’m a free woman!” he posted to his 591,000 Instagram followers last week.

He’s referring, of course, to the COVID restrictions that for the past year have confined most Europeans to their home countries – a veritable jail sentence for a fashion identity who has spent much of the past 17 years jetting between New York, London, Paris and Stockholm, his home for the past three years.

Ordinarily at this time of year, Bryanboy would be taking his seat alongside fashion supremos such as Vogue’s Anna Wintour or Edward Enninful at runway shows for Chanel, Louis Vuitton or Gucci. But for the foreseeable future fashion weeks have largely migrated online, leaving Bryanboy, like the rest of us, tuning in from home.

Still, when you’re on a first-name basis with Fendi’s newly-appointed womenswear designer Kim Jones (who is also creative director for Dior menswear), there are certain privileges. Last month Bryanboy was among the precious few with an IRLticket to Fendi’s Paris couture presentation, which starred Demi Moore, Kate Moss and Naomi Campbell.

“It was so weird, to be able to get out of Sweden for two days, see the supermodels, have this small time of magic, it’s just insane,” he says.

Next month, he’s “coming” (virtually, of course) to Australia, where he has visited previously, for the Melbourne Fashion Festival’s Australian Fashion Summit to speak about how digital platforms, such as Instagram and TikTok, are shaping the industry.

Bryanboy, AKA Bryan Grey Yambao, launched his career in 2004 with a blog he wrote from his parents’ house in Manila (the URL now redirects to his Instagram page). His Instagram feed is a mix of sponsored shots of him wearing expensive fashion brands and a quasi photo journal that blurs the professional and personal (the photos are often taken by his Swedish banker husband or a friend). But COVID has made him reassess his focus.

“Over the past year I learnt I have more value than [just] being photographed; my value lies in me creating these campaigns and consulting with brands,” he says. “Why have I limited myself to using my creativity just for me?” 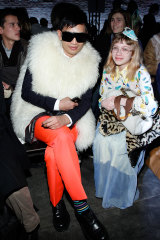 Rebels with a cause … with Tavi Gevinson at New York Fashion Week in 2011.Credit:Getty

When he’s not appearing on his own social channels, including TikTok, or launching a new magazine, Perfect, with a small London-based team, he consults off-camera to some of fashion’s biggest brands, including Prada and Cartier. But it wasn’t always this way.

In the late 2000s Bryanboy, along with fellow blogger Tavi Gevinson, of Rookie magazine fame, were among the first digital influencers to sit front row at international fashion weeks, sparking the whole “bloggers v editors” debate, which on Thursday took a fresh turn with the appointment of 27-year-old one-time blogger Maragaret Zhang as editor-in-chief of Vogue China. While Gevinson, 26, has retreated from fashion’s spotlight, Bryanboy has gone from industry outsider to one of the most sought-after creatives in the luxury sector.

“Because of social media, people have lost interest [in traditional advertising campaigns] … they would rather see fashion on real people or interpreted in a more personal or intimate way,” he says.

These days, he prefers the title “digital strategist” rather than “influencer”, and says he has fought hard to maintain absolute independence in his work; Bryanboy is no mere mouthpiece – he has to believe in what a brand is about, as well as what it’s selling. 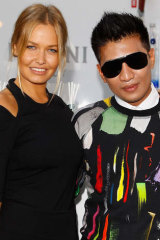 He cut ties with Dolce & Gabbana after the brand landed itself at the centre of several racism scandals in the past three years. He contrasts Dolce’s rap sheet with that of Gucci, a brand he continues to work with despite its own “slips”, as he puts it. (In 2019, the brand released a sweater featuring the “blackface” look of over-drawn red lips, which, after global condemnation, was removed from sale. The brand apologised and introduced processes to prevent future errors.)

Although he praises the likes of Diet Prada for calling out poor brand behaviour, he doesn’t think people ought to be “cancelled” outright.

“I don’t believe in cancel culture … or shaming a person for what they have done and not giving them the opportunity to reform themselves,” he says. “To cancel someone as a recreational sport, I like to call it ‘recreational outrage’ … if you’re like that towards a person, you’re not really helping them to change themselves.”

As part of his own professional evolution, Yambao took a leap in 2020 by joining the video-sharing platform TikTok, where he already has one million followers. One of his most-watched videos showed him “stealing” a Prada earring, which he cites as proof of the creative freedom he’s afforded by some of the world’s most luxurious brands.

So, is all the posturing and pouting the “real” Bryanboy, or a character, like the baby-voiced ingenue Paris Hilton moulded herself into for 20-plus years?

He says the debate over “authenticity” on social media has been bandied about so much it’s almost become meaningless. “You can easily fake looking ‘authentic’ online … so people need to define what ‘real’ authenticity is … more than ever, people should be using their platforms to express their voice; that’s what matters.”

In this regard, Bryanboy is determined to lead by example, interspersing his Instagram feed of handbags costing tens of thousands of dollars with raising awareness of violence against Asian-Americans, who have been targeted since the onset of coronavirus.

“In some ways it gives me power to be able to share something [newsworthy],” he says. “If I am not using these tools for a good reason, what am I on there for? For people with a certain following, it’s really important to use it for a better good.”

Get a little more outta life

Start your week with practical tips and expert advice to help you make the most of your personal health, relationships, fitness and nutrition. Sign up to our Live Well newsletter sent every Monday.