There’s a heckuva lot you can achieve from just a single sweat session, from feeling more limber and energized to even boosting your mood, science has shown. But it does warrant the question: How long does it actually take to see results from working out?

The reality is, seeing changes to your physical and mental health from working out is both a short- and long-term game. While there’s no doubt you’ll emerge from a HIIT, lifting, or yoga class feeling more amazing than when you first entered, when it comes to actually moving the needle—say, increasing your muscle definition or shaving minutes off a half-marathon P.R.—sadly, those types of gains definitely won’t happen overnight, experts say.

While that answer is hardly a one-size-fits-all situation, says Danyele Wilson, CPT, trainer for the app Tone & Sculpt, she has a general baseline for seeing physical change from exercise (be it increased muscle mass, fat loss, or a lower resting heart rate). While seeing results from working out heavily depends on the person and their current level of fitness, “My [clients] generally see initial changes within four to six weeks, and actual results within eight to 12 weeks,” Wilson explains.

And, no two people have identical goals when it comes to working out, meaning that the general timeline to see results of any kind (eight to 12 weeks) is pretty malleable.

Here, fitness experts delve into how long it takes to see results in aerobic capacity, weight, and muscle definition—and what it actually takes to get there.

How Long It Takes To See Improvements In Aerobic Capacity

Shaving minutes off your racing time doesn’t just result in a serious self-confidence boost—you’re likely to gain a trove of other health benefits, too. In fact, marathon training can help to decrease stiffness in your arteries and combat high blood pressure, a recent study in the Journal of the American College of Cardiology found.

Of course, scoring a new PR and lowering your heart rate a few beats per minute are two very different goals—with varying timelines. If your aim is the latter—to generally boost your cardiovascular health—eight to 12 weeks is a fairly solid period to do so, says New York City-based Brooke Taylor, a NASM- and ACE-certified personal trainer and owner of Taylored Fitness NY LTD. 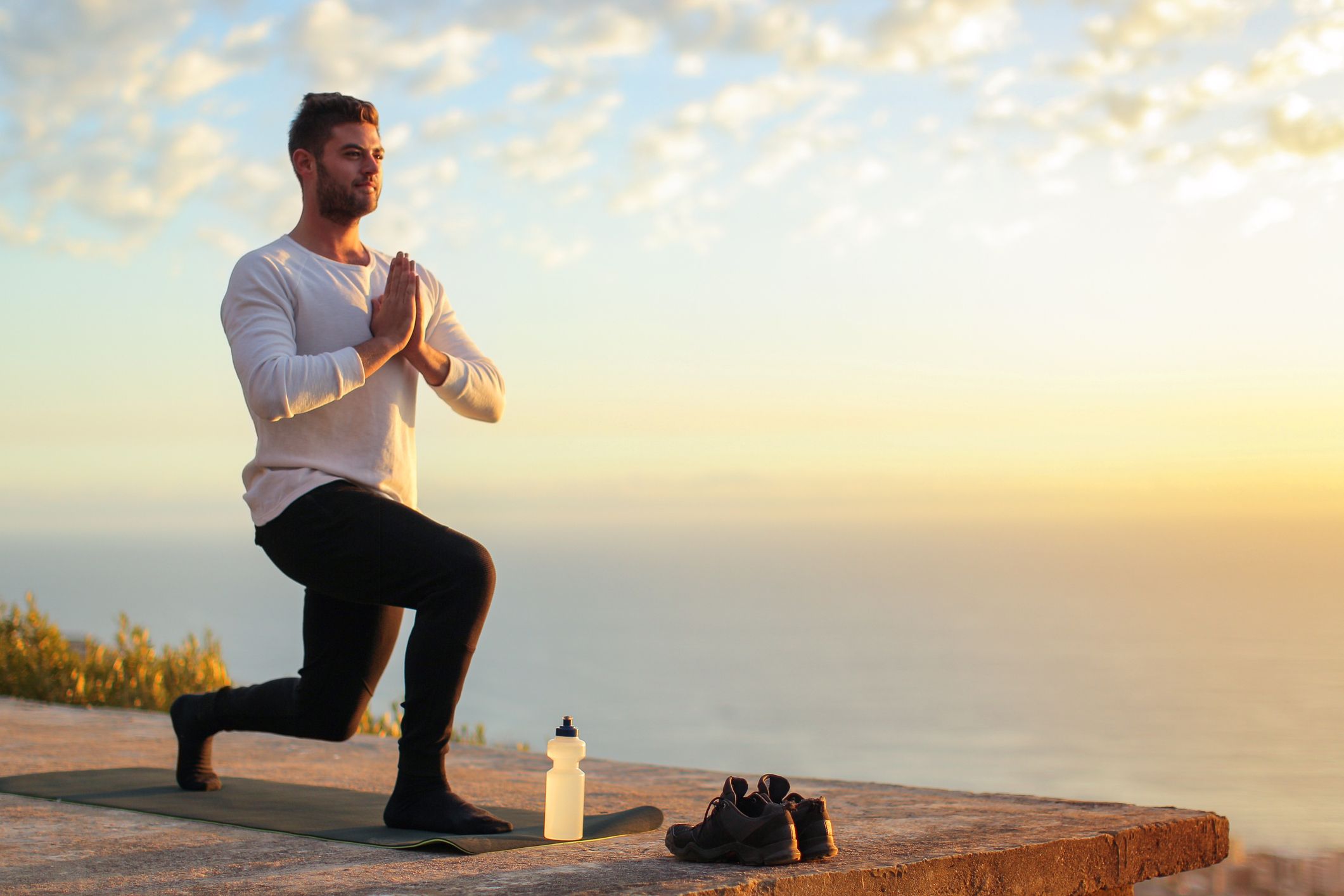 “This involves a minimum of 30 minutes of moderate-intensity cardiovascular exercise three times per week,” she explains, noting that several other factors—from sleep patterns to even your menstrual cycle—can play a role in your resting heart rate.

Wilson also points out that a supercharged style of aerobic exercise like interval training and high-intensity interval training (HIIT) can improve your resting heart rate, possibly even faster. “An athlete can typically start to lower their heart rate within a couple of weeks of training,” she explains. “Evidence suggests that interval training is the superior method to do so.”

In general, it takes about eight to 12 weeks to boost your cardiovascular health and endurance, experts say.

As for an improvement in your speed and endurance, Wilson says that’s usually based on your training history and current fitness level. “If you are currently inactive, you can see improvements to your VO2 max capacity within four to six weeks,” she says. “Depending on the training program, a beginner can be half marathon-ready in roughly 12 to 20 weeks.” FYI: VO2 max is basically the maximum amount of oxygen your body can consume and deliver to your organs and muscles, according to the American Council on Exercise. The higher your capacity, the longer, and stronger, you’ll be able to engage in cardiovascular exercise.

How Long It Takes to Achieve (Sustainable) Weight Loss

First thing’s first: The decision to lose weight is a highly personal one. And not everyone is at the same starting point when it comes to shedding pounds. If you have a history of being overweight (or a family member does), have been diagnosed with a hormonal disorder, are experiencing a mental health issue (like depression or anxiety), or are on certain medications, it might be more difficult for you to lose weight.

Extraneous factors preventing weight loss aside, when it comes to weight loss, a calorie deficit still remains king, notes Taylor. Basically, in order to lose one to two pounds per week (which Taylor notes is the safe, sustainable rate at which you can effectively shed pounds), you need to create a weekly 2,000 calorie deficit, she says.

As for when that weekly deficit will result in noticeable changes you—and others—can see? While it depends on a number of factors (10 pounds might look different on your average 5’2” woman as opposed to a 6’3” competitive athlete), one 2015 study from Social Psychological and Personality Science found that a 2.93 change in BMI (or body mass index) was what it took to make weight loss (in your face, at least) apparent to others.

And while *technically* you could create that deficiency through exercise alone, think about it: Although it could take you minutes to consume 300 calories, burning that same amount could take upwards of an hour!

That being said, if there’s one exercise that can considerably boost a weight-loss effort, it’s strength training. A review of studies in the journal Metabolism found that the best way to boost your basal metabolic rate (BMR), or how many calories you’re able to burn at rest, is to have more muscle mass. And the magic ingredient behind increased muscle mass? You guessed it: hitting up the weight room.

HIIT might also contribute to a longer-lasting calorie burn, according to a 2017 study from the European Journal of Applied Physiology. When compared to steady-state, moderate-intensity cardiovascular training, participants in the study who engaged in HIIT continued burning calories long after their training was over. (The study notes that, while there’s a modest calorie burn after a moderate-intensity workout, it’s not nearly as much as HIIT.)

Of course, to reiterate (over and over), weight loss is a multifaceted, complicated journey. Taylor believes that the combination of that calorie deficit, strength training, and cardiovascular training will result in the speediest route to get there. “When a client is onboard [with those three changes] and is willing to adapt, big changes can happen within three to six months,” she says. “Again, however, it depends on how well the client adheres to the program.”

How Long It Takes To See Muscle Gains

Unlike improving your cardiovascular health or losing weight, you might see increased muscle gains from a strength training program after a single session, research has shown. That’s due to a phenomenon called “muscle pump,” which is just a casual term for the increased blood, oxygen, and lactic acid that’s being moved to your muscles during a super-intense lifting session. (Granted, it’s only a temporary movement of fluids, but hey, it’s something!)

Consider that initial boost in your muscle size a preview of gains to come—which occur roughly six to eight weeks into a strength training program if you’re a beginner, and eight to 12 weeks if you’re more advanced, says Wilson. However, she notes, “this is going to look different for everyone because there are a lot of factors that play into muscle hypertrophy.”

If you’re a beginner, expect to see muscle gains roughly six to eight weeks into a strength training program.

One of the biggest factors in expediting your gains, says Wilson? Protein. “Your daily protein intake plays an important role in muscle growth,” she explains. She recommends aiming to consume 0.5 to 0.8 grams of protein per pound of body weight per day if you really want to make a dent in your muscles. (So, a 150-pound woman would need to consume at least 75 grams of protein per day.)

As for the training pattern to get you to that point, Wilson says that three to five strength training sessions per week, using six to 12 repetitions for three to five sets at 75 to 85 percent of your one-rep maximum (1RM), is your best bet. If you’re not sure what your 1RM is, choose a weight that, on the final rep, feels super-challenging (but not impossible). Oh, and keep your rest in-between sets to no longer than 60 seconds, adds Wilson. 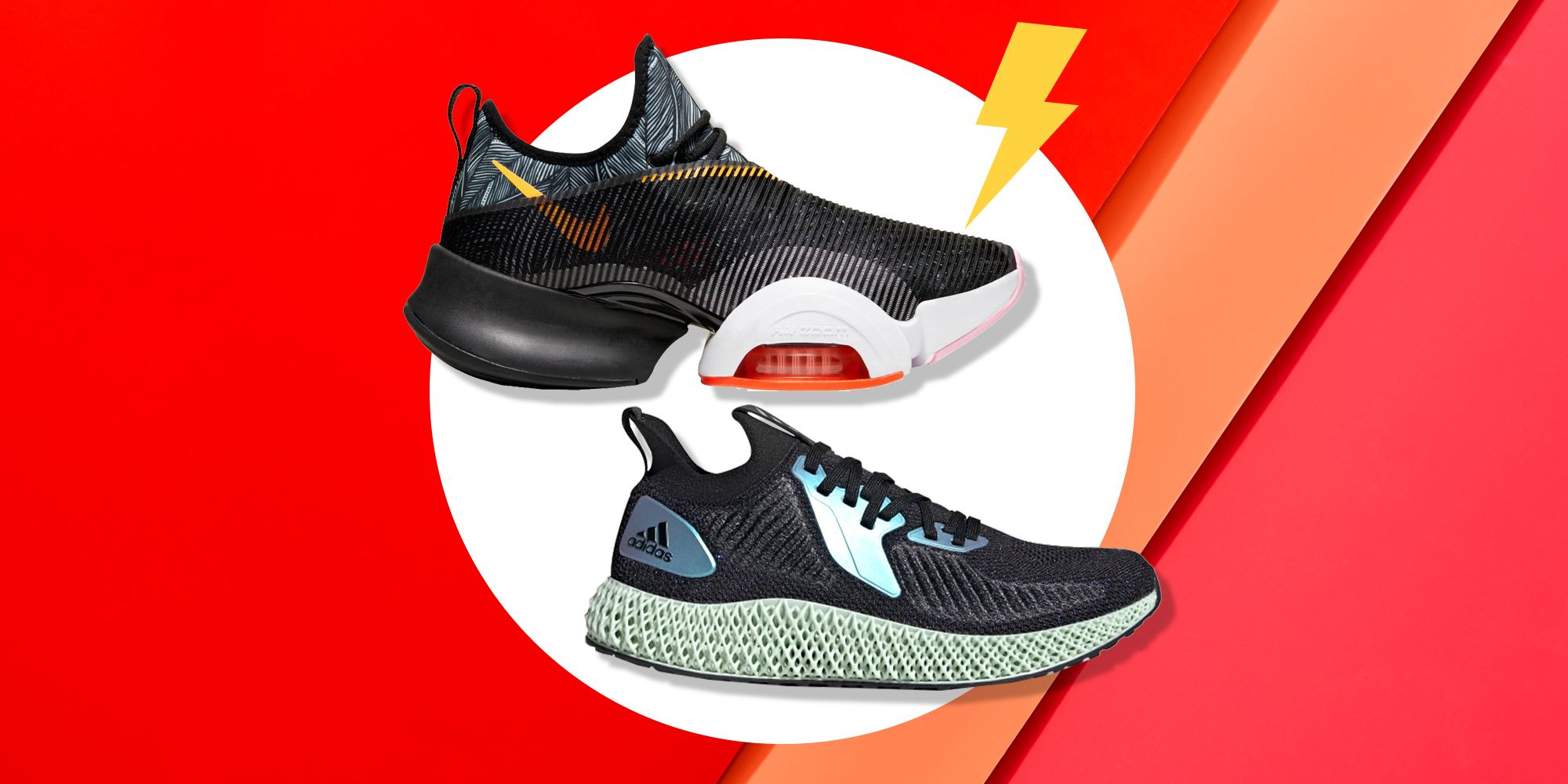 But what if your goal isn’t to have bulging biceps—but to lift the heaviest possible weight you can? Again, food comes into play big time, says Wilson. “Think of your nutrition as your fuel,” she explains. “If you’re not eating enough calories to sufficiently fuel your body, you won’t have the energy required to meet the maximal demands of strength training. If you want to improve strength, a calorie surplus is generally recommended.” (What this means: You’d generally need to be consuming more calories than you’re burning.)

As for the type of training that will get you to that point, Wilson recommends two to four sessions of strength training per week containing four to six sets of one to five reps at 85 to 100 percent of your 1RM, and three to five minutes of rest in-between each set.